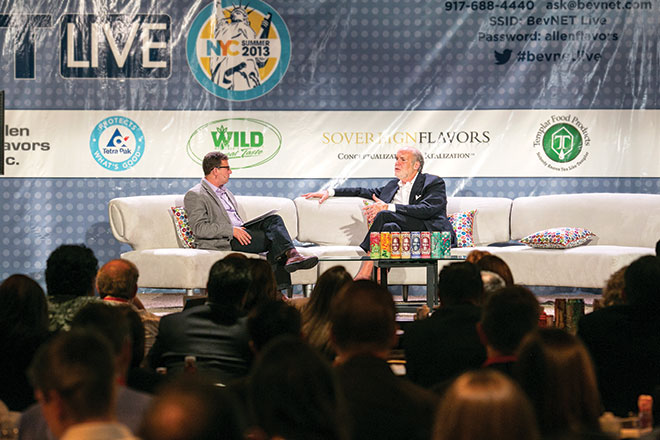 On stage, hunching forward, Don Vultaggio spoke with a soft Brooklyn voice and the candor of a proud success story.

As he sat, the cuffs of his pants rested by his shins, well above his loafers, exposing his trademark style: no socks.

It’s rare to see Vultaggio, the co-founder of AriZona Beverage Co., out in a public forum, as he was during his appearance on Tuesday during BevNET Live Summer ’13 in New York. But he appeared to be in a fine mood, letting his own style, which symbolizes an insightful, unique nature that has carried his company to sustained achievement, wash over the crowd. Vultaggio said he doesn’t mess around with computers; that’s for his sons, Wesley and Spencer. Instead, he’s created a beverage behemoth without forgetting his roots and morals. With that low, local accent, he regularly talks with all kinds of employees — from fellow executives to sales representatives to truck drivers.

“These things that I call basic and simple are forgotten by most executives,” Vultaggio said.

As exhibited by Vultaggio’s wise simplicity, BevNET Live Summer ‘13 on Tuesday and Wednesday offered attendees not just a networking harbor of beverage industry brands, distributors and retailers, but also an educational experience; a reinforcement of strategies for the veterans and steps of guidance for the startups.

Vultaggio has towed his distinct personality and consistent business model — flavor that meets demand — to the pantheon of the industry. He serves as an example of how beverage brands must first discover their identity before expecting any significant returns. After years of sculpting the brand and adding successful product offerings, such as the wildly popular Arnold Palmer line, AriZona has established its identity. And, after some tinkering, so has Zola Fruits of the World, which makes acai drinks and coconut waters. 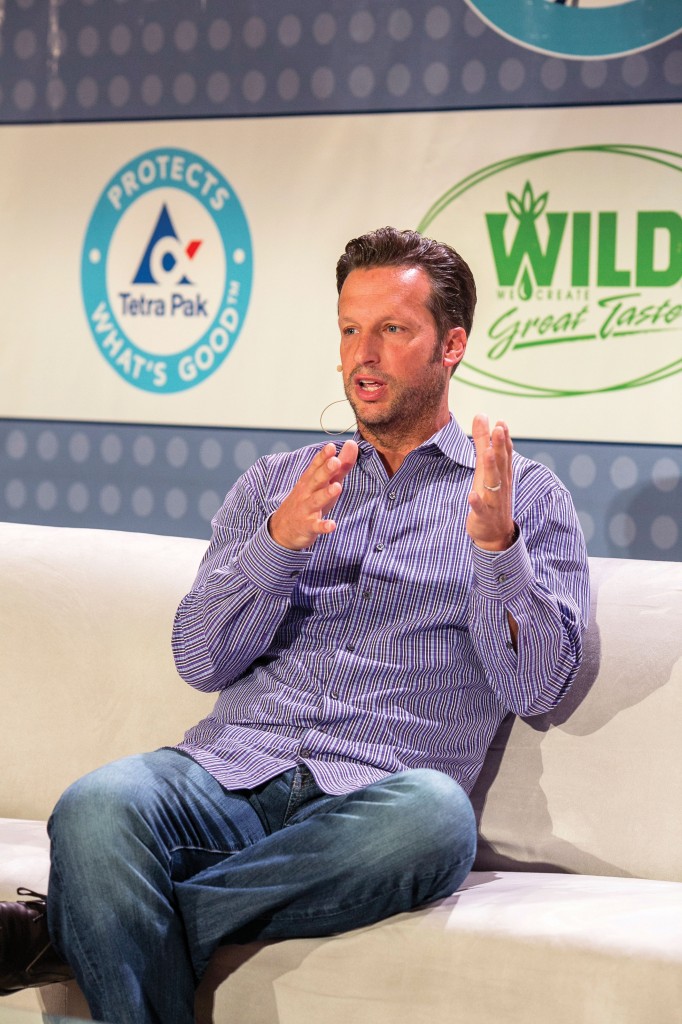 During a speech on Wednesday morning that discussed the Zola brand’s evolving identity, Cuvelier said that an 8-by-10 foot bedroom served as his first headquarters. Over the course of several years, he felt confident in his product and the benefits and marketability of acai, but he struggled with the packaging. He went through several rounds of redesigns, making his way past illustrations of tigers and samba dancers, before settling on much more basic images of the key ingredients, depending on the product. Acai pomegranate, for example, features those two fruits and some jungle-like grass on the bottle.

However, his persistence has paid off; in its fourth year of existence, he said that Zola topped $1 million in revenue. It can be found in Whole Foods and Costco stores across the country. And after all this success, Cuvelier can still take a step back and consider the lessons of his brand’s growth.

“What you want to be is sometimes different than what the consumer wants in a product,” he said.

Zola’s rise took several years, but after refining the brand and packaging, it finally became profitable. It also provided a lesson worth remembering for the hordes of entrepreneurs who were in attendance at the Metropolitan Pavilion this week. It’s not easy to succeed in this industry, even with a tasty product. Strong sales come from the complete package; strong distribution, polished marketing and the elusive pinnacle: identity.

L.A. Libations co-founder Pat Bolden said that the walls have been broken down. This is the time for new and emerging brands that fit with the nation’s growing interest in healthy products. Sometimes it just takes a little while to maximize a brand’s potential.

“It’s always been about being patient but still being persistent,” Bolden said.

Josh Goldin, a managing director with Alliance Consumer Growth (ACG) Fund, had a similar opinion in his speech, which discussed his group’s interest in partnering up with young, innovative brands. Goldin said that ACG is willing to provide $2 to $10 million investments per company, depending on the brand. He’s looking for fast rising brands, even if they’re not yet household names. He’s looking for direction and style; the kind of thing that the sock-less Vultaggio had when he started AriZona more than 20 years ago.

“You don’t need to take over the world tomorrow,” Goldin said.