Following months of uncertainty about the future of Green Flash Brewing, the San Diego-based craft beer company announced in early April that it had finalized a sale to a new investor group. 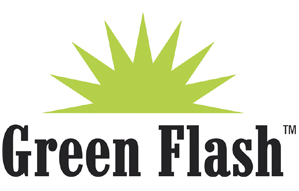 In a note sent to Green Flash Brewing shareholders, founder and CEO Mike Hinkley said the brewery’s primary lender, Comerica Bank, had “foreclosed on its loans” and sold the company’s assets to WC IPA LLC via a foreclosure sale.

The new group, according to California Department of Alcoholic Beverage Control records, includes Hinkley and four other members, one of whom was already a member of Green Flash Brewing’s board of directors.

The announcement came about a week after Green Flash ceased operations at a $20 million production facility in Virginia Beach, Virginia, and shuttered its Cellar 3 barrel-aging facility and taproom in Poway, California. The brewing equipment assets inside of the Virginia facility would later be sold to Atlanta’s New Realm Brewing, which also negotiated a new lease with the property owner, The Miller Group.

In addition to completing a sale to the newly formed WC IPA LLC, Green Flash Brewing also announced that Dave Mills, the former chief sales officer for Ballast Point Brewing, who departed that company last September, would join the struggling company as its vice president of sales and business development. He supplants former VP of sales Jim Kenny, who had been with Green Flash for eight years.

“Jim’s Hungwah-spirit and GSD work ethic pushed us to great heights,” Hinkley said via a press release. “I wish Jim all the best and I know he will find a great position in the beer business.”

Chris Ross, the former tech executive who joined Green Flash in mid-2015 as its chief operating officer and was later named president, also departed the company.

As a result of the sale to WC IPA LLC, the company believes it has emerged from an over-leveraged financial situation that occurred as a result of taking on “too much debt” to build a $20 million secondary production facility in Virginia Beach in 2015.

In February, BevNET’s beer news website, Brewbound, first reported that Green Flash was looking to recapitalize the business and that it was seeking new investors to continue operating. 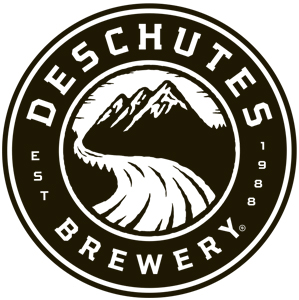 he company, which was set to purchase 49 acres of land by May 1, is in the process of renegotiating an incentive package in order to maintain “flexibility” on the timeline, size and scope of the project, Deschutes CEO Michael LaLonde told BevNET.

Speaking to BevNET, LaLonde, who said the company’s “plans haven’t changed for the project at all,” confirmed that Deschutes has agreed to buy the plot of land for $3.2 million by the end of May. In doing so, the company will free itself from a string of performance-based incentives that the original deal would have triggered.

“What we decided to do was to give up some really important incentives, and instead just go ahead and buy the property,” he said. “That way we’re decoupled from any timeline.”

According to the Roanoke Times, which first reported the news, had the original deal for the land gone forward, the city of Roanoke would have paid back the land purchase in 20 percent increments over a five-year period.

The Bend, Oregon-based craft brewery first announced plans to open its Roanoke brewery in March 2016. The company was one of several West Coast brewing operations – including Ballast Point, Stone Brewing, Green Flash and Sierra Nevada – to set its sights on building an East Coast hub.

Under the original project timeline, Deschutes was slated to break ground in June 2019, start commissioning and flavor matching in 2020 and begin shipping beer brewed at the facility in 2021. LaLonde said those plans, as well as plans to build a sizable production facility, remain.

“We predict that the first year we’ll sell just under 200,000 barrels at that location,” he told BevNET, noting that the company still intends to invest about $55 million and hire 70 full-time employees. 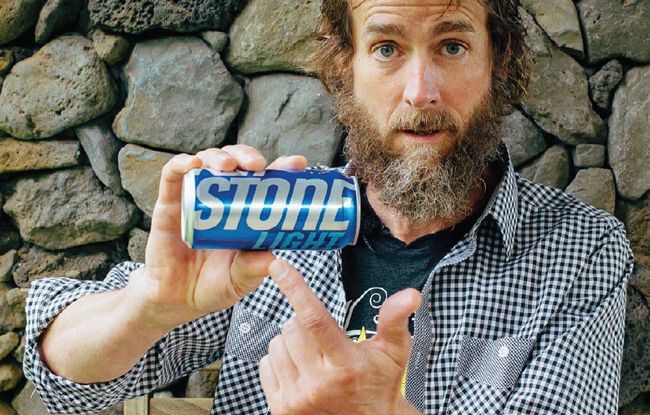 According to the complaint, filed in the U.S. district court of Southern California, Stone Brewing asserts that MillerCoors is purposely trying to “steal the consumer loyalty and awesome reputation of Stone’s craft brews” with its recently rebranded Keystone packages.

In a February press release, Stone Brewing co-founder Greg Koch claimed that MillerCoors was “deliberately creating confusion in the marketplace.”

“MillerCoors is threatening not only our legacy, but the ability for beer drinkers everywhere to make informed purchasing decisions,” he said at the time.

Two months later, MillerCoors responded with several counterclaims, asking the court to grant it the “exclusive” right to use the “Stone” mark in conjunction with U.S. beer sales.

In its 82-page retort, MillerCoors, a subsidiary of Molson Coors Brewing Company, called the claims in Stone Brewing’s February lawsuit “misleading and ultimately meritless” as well as a “publicity stunt and a platform to market its beer.”

“Stone Brewing’s complaint makes grandiose allegations, but leaves out most of the facts relevant to this dispute,” the filing alleges.

According to MillerCoors, among the facts omitted from Stone’s lawsuit is that all Keystone cans and packages are labeled “Keystone” and include the “Coors Brewing Company” logo. MillerCoors also noted prior use of the term “’Stone” in ads promoting the Keystone brand dating back to 1992. The company shared images of a 1996 newspaper advertisement using the tag line “Start Your Party with the ’Stone.”

“If anything, it is much more likely that Stone Brewing copied the Stone name from Coors, since Keystone beer was already advertised as such in the market,” the lawsuit said.

In the weeks since MillerCoors answered back, Stone Brewing has taken to Twitter to attack the maker of beers like Miller Lite and Coors.

In an April 18 tweet, Stone said the issue boiled down to a 2009 attempt by MillerCoors to register “Hold My Stones,” which was rejected by the U.S. Patent and Trademark Office.

“But with this new rebrand, they started ignoring all that,” Stone wrote on April 18. “The fact is it’s up to us to defend our trademarks. If we don’t, we lose them. So we’re not backing down. #PutTheKeyBackInKeystone, @MillerCoors. We’re not going away.”

Laura Bell to ‘Step Away’ as CEO of Bell’s Brewery

Bell’s Brewery co-owner Laura Bell will “step away” as CEO of the Michigan-based craft beer company, she wrote in an April letter to distributors. 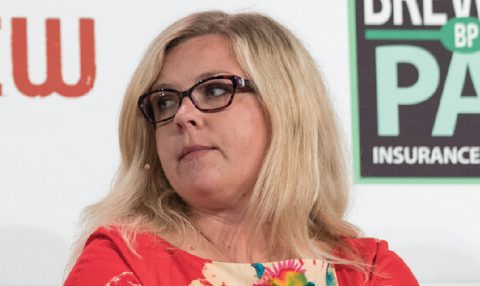 Citing her desire to “explore other passions and interests,” Bell said she would relinquish the position on May 18. She was appointed CEO on February 3, 2017.

In her memo, Bell, who will remain on the company’s board of directors, said the move did not signal an impending sale of the business.

“We are not selling and will remain a 100% independently owned family business,” she wrote.

As Bell steps back from the business, her father, Larry Bell, who founded the company in 1985, will take the reins once again.

“Day-to-day operations will be overseen by Larry Bell in addition to senior leadership, of whom I have the utmost confidence,” Bell wrote.

Bell, who began working full-time at the brewery in 2007, served as a marketing director between 2009 and 2013. That year, she took over as vice president and would later be named CEO.

Bell’s, ranked as the seventh largest craft brewery in the U.S. by industry trade group the Brewers Association, recently expanded its distribution footprint to seven new states in the Northeast.

Under Laura Bell’s leadership, the company grew off-premise sales by more than 18 percent in 2017, according to market research firm IRI Worldwide. Dollar sales of Bell’s brands are up 10.7 percent through the first four months of 2018, according to IRI.