In September the U.S. Food and Drug Administration (FDA) announced that it would extend the July 2018 deadline for companies to adopt its revised Nutrition Facts panel, one that incorporates a bolder, highlighted calorie count and a new line for added sugars. The updated panel requires companies to disclose added sugars in grams and as a percent of a day’s recommended maximum intake.

The addition of the added sugar line is expected to have an adverse effect on sales of beverages that are highly sweetened with sugar. Global ingredient supplier Ingredion recently conducted a consumer study to examine the impact of the new line and found that it would negatively impact purchase intent with at least 50 percent of customers stating that they are less likely to buy the product based on the amount of added sugar.

Depending on their size, food and beverage manufacturers will have up to three years to implement the new panel. However, a growing number of beverage manufacturers, relying on new and innovative sweeteners, have already begun to release or reformulate products with naturally derived and zero-calorie sugar substitutes, such as stevia and monk fruit, as a way to reduce sugar content inside in the bottle and on Nutrition Facts panels.

In turn, supplier companies are innovating with a range of sugar substitutes and designing new products intended to meet increased demand for alternative sweeteners that taste similar to and blend like sugar. 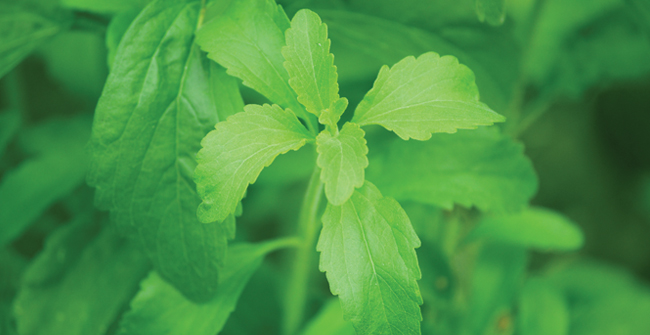 A plant-based, zero-calorie sweetener, stevia has long been divisive because of its high intensity flavor and bitter aftertaste. However, breakthroughs in processing methods, particularly with previously underutilized compounds present in the stevia plant, are expected to give beverage companies greater latitude to incorporate the sweetener into their products.

Global ingredient supplier Cargill, which has over the past decade developed a range of stevia-based sweeteners, recently announced the launch of EverSweet. A zero-calorie sweetener made with Reb M and Reb D, compounds found in less than 1 percent of the stevia leaf, EverSweet is produced via fermentation. Cargill isolates and processes the compounds with baker’s yeast to create EverSweet, which it claims has an “improved sweetness quality, without bitterness or licorice aftertastes associated with stevia leaf extracts at high use levels.”

Earlier this year, Ingredion announced the availability of BESTEVIA Reb M, a new stevia leaf sweetener produced by Sweetgen. Derived from 95 percent pure Reb M, BESTEVIA is promoted as 200 to 300 times sweeter than sugar with significantly less bitterness and aftertaste than conventional stevia sweeteners, according to the companies. Sweetgen states that in sensory mapping research, Reb M produces a sweetness much closer to that of sugar as compared to Reb A, the most abundant compound in stevia.

Meanwhile, GLG Life Tech Corporation, a maker of high-quality zero-calorie natural sweeteners, in collaboration with global ingredient supplier Archer Daniels Midland Company (ADM), has launched a new high Reb M product line. The products are sourced from its proprietary Dream Sweetener stevia leaves, which produce very high quantities of Reb M. GLG notes that because its stevia extracts are sourced directly from the plant, they can be used in Europe and other places that don’t permit use of stevia when produced using bioconversion or fermentation methods. 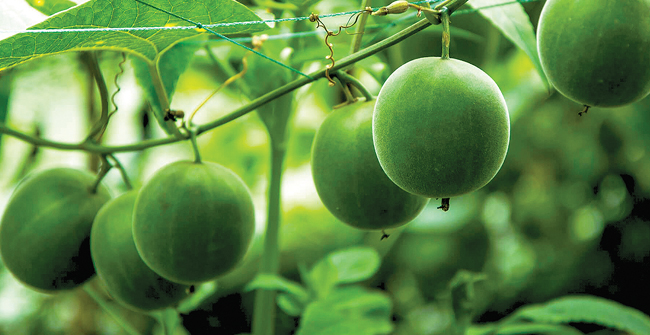 Like stevia, monk fruit-based sweeteners have faced challenges due to their intense flavor and lingering aftertaste. Manufacturers, however, are claiming headway with new zero-calorie products sourced from the extracts of monk fruit, a small sub-tropical melon indigenous to East and Southeast Asia.

Ethical Naturals, a maker of specialized, botanical extracts, recently entered the food and beverage space with LOHAN-50, a new zero-calorie monk fruit sweetener. The company claims that LOHAN-50 contains none of the astringent, pungent or bitter aftertastes often associated with monk fruit extract or other natural, zero-calorie sweeteners.

Along with the new stevia Reb M line, GLG and ADM announced the launch of VerySweet, a non-GMO monk fruit-based sweetener that is promoted as having a similar sweetness potency to stevia. The companies claim that it is versatile in its ability to be blended with other sweeteners and provides a monk fruit-based solution with no bitterness. 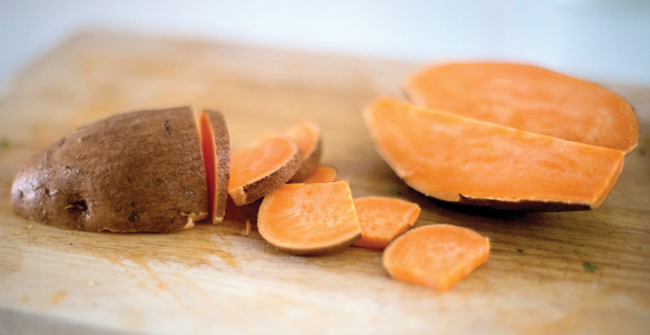 Beyond stevia and monk fruit, a handful of innovative – albeit caloric – sweeteners are gradually coming to market.hopes of finding favor with beverage companies.

Palatinose, a low-glycemic sugar derived from sugar beets, has found some traction in the beverage industry, particularly among sports drinks. Patented by functional ingredient maker Beneo, palatinose is a slow-releasing carbohydrate with a glycemic index of 32 (lower than agave, sucrose, fructose and other conventional sugars) and is said to provide prolonged energy without blood sugar spikes.

In a similar vein, allulose, a monosaccharide found naturally in some fruits, including jackfruit, figs and raisins is promoted as having no impact on blood glucose levels. Allulose is approximately 70 percent as sweet as sugar absorbed by the body, but is not metabolized, making it nearly calorie-free. Tate & Lyle, British-based multinational agribusiness, is the primary marketer of allulose in the U.S. under the brand name Dolcia Prima.