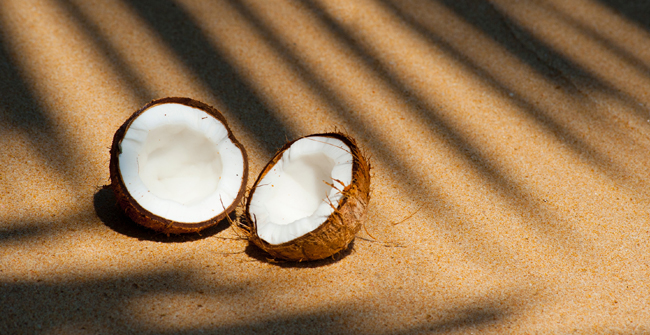 In its journey to the mainstream, coconut water has cycled through many different identities.

First-to-market brands in the category often focused on sports and fitness use occasions, targeting yoga studios and road races for sampling. As the category grew, those same brands adopted new approaches, highlighting better-for-you everyday functionality. Today coconut water has evolved into an around-the-clock lifestyle product and as consumers think about the category differently, brands are continuing to evolve along with it.

With dollar sales totalling over $201 million for its core coconut waters as of January, according to IRI, Vita Coco still remains the category leader by a country mile. But even at the top, the company is evolving its pitch to consumers, and for founder and CEO Michael Kirban the future is a return to the past.

Speaking to BevNET in April, Kirban said when Vita Coco first launched, American consumers were wholly unaware of coconut water and in turn the branding focused on functionality. Emphasizing the health benefits and better-for-you qualities of coconut water was essential for moving the product and driving trial, but soon demand for the product grew and the market filled out with dozens of brands seeking to corner shelf space, so Vita Coco shifted gears from function to lifestyle.

“We felt we had to do more than just tell people, now that the category was becoming a mainstream category, more about our brand and further hone in and push our brand and our character and our lifestyle and everything else in order to stand out from the competition in the category,” Kirban said. “I think we’ve done a good job with that over the last several years and now we’re at a point where we really dominate the category.”

Now, Kirban wants Vita Coco to return to its initial pitch around functionality, with the drink’s high potassium content being a strong selling point. New 16.9 oz. PET bottles exclusive to 7-Eleven stores will call out that the beverage is “nutrient rich” and is a source of electrolytes. As well, the launch of Vita Coco Sparkling, a new canned line debuting in May with Kroger stores, is a play to bring more functionality to the sparkling water space, where the leading brands have seen success without providing consumers with any additional health or wellness benefits.

While the coconut water category is growing at a rate of about 10 percent, Kirban said, his goal for Vita Coco’s latest brand turn is to help speed up that growth.

“Everything we’re doing now is more geared toward category than solely brand,” he said. “That’s kind of a shift we’ve had this past year.”

Speaking with BevNET by phone, Zico’s president and general manager, Tom Larsen, said grab-and-go cold consumption of coconut water is on the rise and the old consumer usage occasions are now transitioning to an around-the-clock assemblage of need states. The company is “doubling down” on its shift to lifestyle brand, and with that the channel focus has shifted from grocery to c-stores, drug, and transportation hubs such as airports to ensure the brand is meeting on-the-go consumers.

“You’re seeing a pervasive expansion of the category in usage occasions that really weren’t prevalent three years ago,” Larsen said. “The accelerated rates are coming in new channels outside of mainstream grocery where they purchase it cold and have that immediate consumption experience. When you’re thinking about new usage occasion it’s really new day-parts as well.”

Larsen credited Zico’s adoption of PET packaging in 2015 as having helped to facilitate this sea change in consumer behavior, calling it an “enabler” for the channel expansion outside of retail.

On the same phone call, VP of Marketing Meghann Seidner said Zico is in turn focusing its innovation on organic products, new and unique flavors like Jalapeño Mango, and category crossover products such as its recent partnership with Coca-Cola stablemate Suja for its Coco-Lixirs line of coconut water-based cold-pressed juices.

Zico’s standing as one of the top premium coconut water brands has given it the opportunity to build off its name recognition and use its credibility to work outside the box with its innovations, Larsen said.

With more unannounced products in development, Seidner said the brand is building around a “holistic wellness” philosophy and a “trifecta of mind, body, and spirit.”

“We have a pretty robust set of guidelines and pillars associated with current and future innovations, these are our guardrails,” Seidner said. “We want to make sure under our pillars everything ladders back up to holistic wellness, so we’ll never as a brand do anything in an overly indulgent space. We’ve thought about ‘beauty,’ for example, but we won’t even go into that if it’s about external beauty, it needs to be about beauty from the inside out.”

According to Seidner, Zico is planning to spend more than $10 million during 2018 to grow its base business, including a marketing push that will grow its field marketing unit, and activate media ads, shopper marketing, social media, and PR.

Vita Coco, Zico, and the PepsiCo-owned O.N.E. Coconut Water place as the top brands nationwide, but the category remains rich in smaller, premium players who are leaning on their connections to the source as a way to reach consumers with a message of authenticity and social cause.

Harmless Harvest has made the “coconut cause” its brand backbone, highlighting its USDA Organic and Fair For Life certifications and calling out its connections to its Thai farmers. On its website the brand proclaims “capitalism does not have to be detrimental to the environment or the communities at the source” and recently unveiled new packaging that highlighted the work of its laborers.

For family-owned brand Taste Nirvana, which launched in 2006 during coconut water’s early entry into the U.S. market, authenticity and freshness have been key to building a longstanding brand throughout the gold rush period of startups in the category. Founded by father-son team Jack and Kris Wattanaporn, Taste Nirvana has long touted its connections to Thailand as communicating its authenticity to consumers. Speaking to BevNET, director of marketing Tiffany Wattanaporn said she believed this connection has given the brand not just market appeal but the strategic knowledge of the supply chain needed to stand out.

“When we started there were about five different competitors, now when you go to expos there’s 20 or more coconut water brands,” Wattanaporn said. “A lot of them end up cycling through and don’t make it because a lot of these companies that come out are just co-packed brands. They will go to Thailand, go to the same factories everyone goes to, stick their label on there, do the marketing thing, and some will do a great job and some won’t.”

With its own HPP facility in Thailand, Taste Nirvana exerts tight control over its supply chain and processing to ensure a unique flavor profile, Wattanaporn said. The company harvests its coconut water and processes it immediately, before freezing the product for shipment to the U.S. The company doesn’t co-pack or allow third parties to handle the product.

Now, in what Wattanaporn admits is a big gamble, Taste Nirvana is looking to sell its coconut water frozen in the freezer section of U.S. grocery stores. Once coconut water melts, she said, it immediately begins to lose flavor, so selling frozen and having consumers defrost the product at home will ensure the highest quality taste possible. While there would be a heavy amount of consumer education required, Wattanaporn said this approach is common in Asia.

But it’s this kind of risky innovation that Taste Nirvana believes most strongly communicates the brand’s authenticity. As the company embraces social media marketing, Wattanaporn said it is able to sell consumers on its “Thai foodie family” identity that believes in freshness.

“On social media now big brands have begun to realize consumers are very savvy to when a product isn’t authentic,” she said. “So [social media] has been really great for us.”