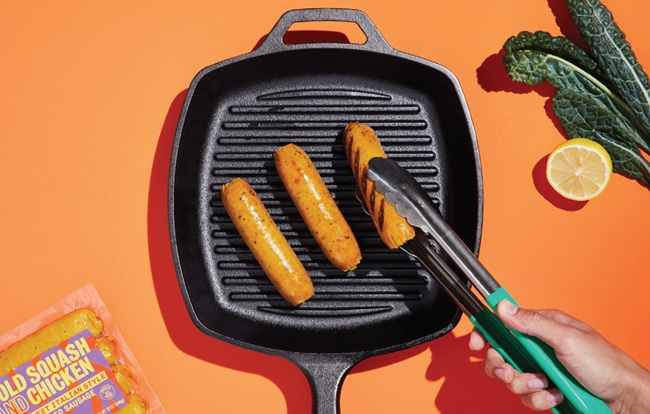 Misfit Pivots from Juices to Meat To Save the Planet

It’s time to learn how the sausage gets made. To offer consumers a means to consume more vegetables, while also positively impacting climate change, Misfit Foods has pivoted away from its signature juice line — and the use of imperfect produce — and into the meat counter with the launch of a new line of veggie and meat sausages.

Established in 2014 by Georgetown University graduates Ann Yang and Phil Wong, Misfit was built around the concept of using “ugly” or imperfect produce as the raw ingredients in its cold-pressed juices. At first the co-founders decided to launch a food product as a second line, but ultimately decided to shutter the juice business due to complexities in that format and what they felt was a misalignment with the company’s ultimate goals and values.

“What we really wanted was a product that could match the ambition of our brand and the impact that we wanted to have,” Wong told NOSH. “So we made the choice to focus all of our resources to match that ambition.”

The sausages launched this fall in three varieties — Kale Citrus Chimichurri, Sweet Potato Andouille and Squash Sweet Italian — with an MSRP of $7.99 for a 12 oz. pack. Launched on FoodKick (the on-demand arm of Fresh Direct) and in Fairway markets, the sausages are made of 50% humanely-raised, antibiotic-free, hormone-free chicken and 50% vegetables.

Although the sausages are made with vegetables, they no longer feature the imperfect produce Misfit used in their juices and sourced, in part, via its partnership with Baldor. Although Wong believes the market for imperfect produce is “out there to be had,” the issue, he told NOSH was with consumers’ perception of sausages — which is largely is that they are made from lesser quality ingredients (exactly how people view imperfect fruits and vegetables). Adding in messaging about why imperfect produce was just as good as regular fruits and veggies, just “added another layer of complexity.” 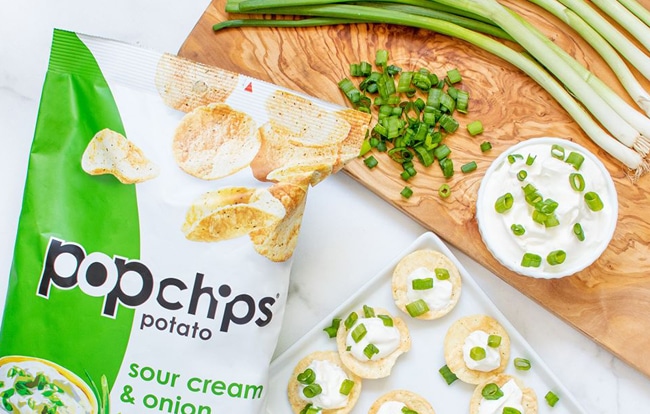 Leading food and beverage fund VMG is moving from investor to operator with the launch of a new corporate entity that will acquire, run, and create snack brands. Velocity Snack Brands (VSB) kicked off last month with the acquisition of salty snack brand Popchips; the company will be led by Amit Pandhi, the former CEO of frozen treat brand Arctic Zero.

Terms of VMG’s acquisition of Popchips were not disclosed. Moving forward, VSB will look to acquire sweet and salty snack brands, nutrition bars, cookies and confectionary brands. In addition, VSB will launch brands of its own.

So what brands are on the target list? Wayne Wu, general partner at VMG, told NOSH that brands have to possess a voice that resonates with consumers, the ability to solve an unmet consumer need, and a clear path for VMG to help the brand scale to the next level.

Founders who want to remain involved with their companies can, Pandhi said, as will team members who can contribute to unmet VSB roles. Deal sourcing will likely come through VMG team members, although VSB will have its own experts to help explore deals. After acquisition, all brands will likely have their own marketing teams, but will use shared resources for functions like operations, corporate finance and sales.

Wayne Wu, general partner at VMG, added that retail buyers will eventually be able to turn to VSB’s sales team to supply them with a variety of brands, rather than having to hold several one-on-one meetings with multiple companies. If a buyer needs a specific product that doesn’t exist in the better-for-you space, VSB can also partner with them to create the brand. Anchor brands like Popchips will give VSB immediate retail distribution and access to buyers, who can then hopefully add those smaller brands as well. 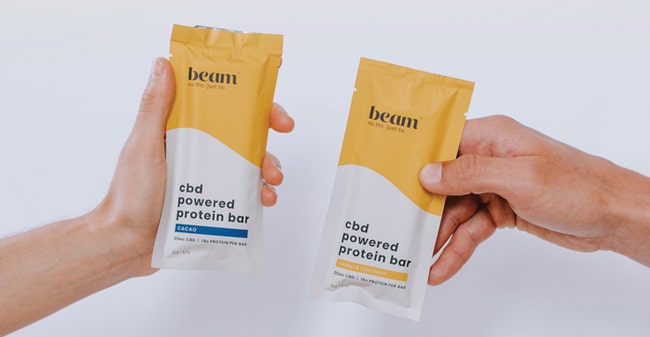 Boston-based CBD brand Beam closed a $5 million round of funding led by investment firm Obvious Ventures. Other firms and investors contributed about $1 million of the round, including cash from C2V Ventures and Camwood Capital, alongside notable angel investors such as Yasso co-founder Drew Harrington, the founders of Kitu Life and Freshly CEO Carter Comstock.

Beam co-founders Kevin Moran and Matt Lombardi met while attending Boston College before both went on to careers in professional baseball and hockey, respectively. After being sidelined by career-ending injuries, the duo founded Beam in 2018. The brand had previously raised $800,000 before meeting with Obvious, which, Moran said, was looking for a CBD investment to back.

Lombardi added that the capital was needed for product innovation and marketing. Beam plans to launch several new products at the end of November, one of which will be a CBD powder. All products will combine CBD with other functional ingredients, in an effort to offer consumers more specific health benefits for different day parts and need states instead of broad functional claims.

Beam uses broad spectrum CBD which the co-founders say gives the products the benefit of being more functionally effective then a CBD isolate, but without even trace amounts of THC. While the company currently sells topicals, tinctures and protein bars, the goal is to find new ways of integrating CBD into food and beverage products that the average wellness consumer is already using — and not vapes, gummies and patches, Lombardi said.

Milk Bar Founder: Investment Will Help Us ‘Cannonball’ into Retail

Christina Tosi, founder of the whimsical New York City-based bakery Milk Bar, attributes visiting the grocery store as a child as what “ignited her imagination” and encouraged her to pursue a career in food. So she’s going back.

The award-winning pastry chef and Master Chef judge will try to inspire the next generation of chefs when she launches a line of brands based on Milk Bar into retail stores next year, helped by an investment from Sonoma Brands and the firm’s CEO and founder Jon Sebastiani.

Financial details of the round, which was in October, were not disclosed. Milk Bar previously closed a round of funding in November 2017 from RSE Ventures. Speaking with NOSH, Sebastiani said Sonoma was the only institutional investor in this round.

Milk Bar currently has 16 store locations and the chain also sells products on its ecommerce website. In 2011, the brand introduced a line of premium baking mixes in high-end culinary store Williams Sonoma. When that partnership ended, Tosi then executed a test of the mixes in Target, which she said allowed the brand to reach a more mainstream shopper.

Sebastiani and Tosi plan to focus on snacking when the brand launches into retail sometime in 2020. Although exact products are still being determined, Sebastiani referenced classic cookie brands such as Oreo, Tate’s and Chips Ahoy as possible competitors.