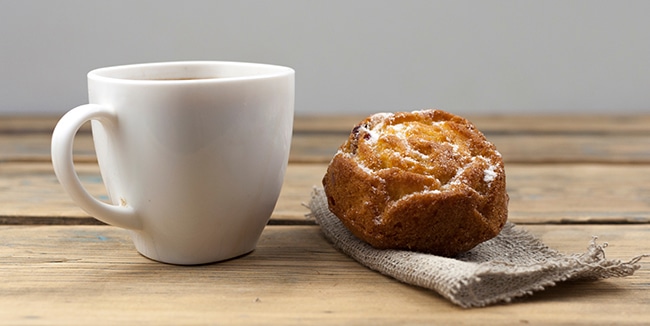 So now, thanks to the pandemic, many of us get to live the lifestyles of hip, innovative entrepreneurs. When the urge hits, we can take breaks to play foosball, or billiards, or checkers (or whatever we’ve got installed in the rec room). We can bring our dogs, or daughters, or husbands to work (or whoever happens to be sheltering alongside us). We can even pop open a beer at 10:30 in the morning, as long as it’s out of camera range on the company-wide Zoom call. (Or drink your imperial IPA out of a coffee mug with a muffin sitting next to it, like I do.)

So, as far as the innovation lifestyle goes, this pandemic is golden, for those of us privileged to shuffle papers from the relative safety of our homes. (Those out in the trenches, totally another story, and they certainly have my admiration and gratitude.) But what does this crisis portend for real innovation as we crawl out of the devastation?

Consumers’ frantic retreat to staples like Arrowhead Water, Frosted Flakes and Heinz Baked Beans during the pantry-loading phase of the crisis has been viewed by some as a repudiation of the move toward natural, premium-priced items that’s developed in recent years. I find it hard to accept that. For one thing, sales of brands like Essentia Water and Vive Organic and OWYN shakes seem to be flying, too. It’s true that if the economic downturn lasts a long while, and continues to deplete incomes, sheer economic necessity may force shoppers to temporarily put those choices aside. But it’s hard to believe the trends underlying the shift away from assembly-line, lowest-common-denominator, industrial food substances will just evaporate. There is a reason people having been making those choices: their fundamental health. In the same way that leading epidemiologists have been saying the economic carnage of the lockdown is a necessary tradeoff to protect health and save lives, nutrition advocates like Michael Pollan have long argued that paying an extra 10 or 15% for natural food is a small premium to pay for enduring health, especially in the context of the lavish amounts many devote to purchases like entertainment, cars, vacations and cell phones. Indeed, at Coca-Cola’s annual meeting in April, as I was writing this column, the proponent of one ballot proposal pointed out that many of the very things caused by drinking “liquid sugar” – obesity, hypertension, heart disease – have been identified as underlying conditions that exacerbate the toll of the novel coronavirus. If the crisis prompts a broader discussion of our healthcare system and economic inequality, as many think is inevitable, it’s hard to see how that will foster a pendulum swing back to the junk nutrition that the big CPG companies had been directing to us for all those decades.

As I write this, it likely still is early days in the pandemic, disappointingly. Still, even this far into it, lots of innovative brands have been continuing to receive funding, enter new retail banners, launch innovations. So the strategics, and the venture funds that make investments with an eye to exiting to the strategics, are still prospecting for the gems out there. As I was writing this, Danone’s venture fund had just announced a $10 million investment in Laird Superfood, and my contacts have been reporting continued progress on their capital raises, a few of them for far higher amounts. Though its products for the most part don’t qualify as natural or healthy, Rockstar Energy was about to exit to PepsiCo for $3.95 billion, in part to clear the way for Pepsi to add other energy marques to its portfolio, presumably including healthier, plant-based ones. So Pepsi certainly is in the hunt.

Meanwhile, the stay-at-home ethos is forcing many brands to accelerate their ecomm buildouts, and that seems to be a great equalizer versus dominant established brands, much as digital marketing and social media have leveled the playing field against the kinds of brands that tend to dominate TV advertising. So the COVID-19 crisis is forcing innovative brands to build new muscles that should allow them to punch above their weight once things come back.

And what about the implications for that crucial brand-building channel, away-from-home? That’s largely shut down now, for what may be months more in some areas. Will our period of enforced nesting – and with it the return of archaic rituals like communal meals – reawaken in us a desire to spend more of our time at home, to reject the enticements of restaurants, bars, movie theaters and book stores? More likely, it will reinforce our appreciation for these so-called third places. (That phrase, of course, refers to places that command loyalty only behind our first place, home, and second place, work – though now that home and work are conflated for many of us, maybe third places are the new second places.) I’m steeling myself for the pain of seeing some of my favorite resorts – whether restaurants, craft beer taprooms or live music venues – not return once the Great Reopening arrives, but equally determined to do even more in the future to support these precious local institutions with my patronage. So my hunch is that the on-premise business will return stronger than ever, maybe with even more of a local twist as people reawaken to the rewards of community.

How much of this is more than just a hunch, or wishful thinking? Back when I used to write about technology, some of the consultancies that analyzed the stuff would offer a rating for the degree of certainty behind their forecasts – say, rate it 70% likely that they were correct in predicting that IBM’s new mid-range computer would win a commanding share. In that spirit, I’ll say my ruminations that premium brands’ inroads won’t suffer more than a temporary hitch have a 60% chance of being on the money because – well, because who knows? We’re in uncharted waters, friend! Are you looking for a bit more certainty in a column that promises “insights”? I can offer you this: there’s a 90% chance I’ll be drinking a Big Alice Date Night Bro’ coffee donut stout out of my coffee mug on my company’s Zoom tomorrow morning, OK? It’s chilling in the fridge right now. And 99% certain there will be a raisin bran muffin sitting alongside it as cover.