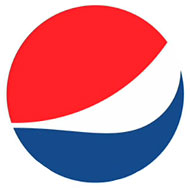 PURCHASE, N.Y., Dec. 21, 2011 /PRNewswire/ — PepsiCo announced today that Pepsi will return to the Super Bowl in 2012 with two television commercials. The soft drink maker is widely recognized as one of the most prolific and iconic brands to appear on the advertising world’s premiere platform.

The two commercials planned for the 2012 Super Bowl include an iconic Pepsi spot featuring the winner of this season’s THE X FACTOR. Pepsi will complement the TV spots with a 360-degree activation that includes innovative digital and retail extensions as well as on-site activities in Indianapolis, the site of Super Bowl XLVI.

“The Super Bowl is a defining moment in American culture and we’re excited to be back in a big way in front of more than 100 million viewers,” said Simon Lowden, CMO, PepsiCo Beverages Corporation. “Pepsi has a legacy of unforgettable Super Bowl advertising and this year we’re taking it to the next level by featuring the winner of THE X FACTOR and some other famous faces in a Pepsi commercial.”

THE X FACTOR winner’s appearance in the Super Bowl XLVI spot is part of Pepsi’s marketing agreement with the Fox singing competition. The deal also includes a $5 million recording contract for the winner, marking the largest guaranteed prize package in television history.

Pepsi began advertising during the Super Bowl in 1987. In the 23 years of USA TODAY’s Ad Meter Super Bowl rankings, Pepsi has earned the #1 spot six times and has been ranked in the top five 10 times[1]. In 2010, when Pepsi did not advertise on the game, Nielsen reported Pepsi was the second most talked about brand leading up to the game.

Pepsi Super Bowl ads that have ranked in the top five of the Ad Meter include:

Thanks to Pepsi’s NFL affiliation, the brand continues to work with some of the game’s best known players leading up to the Super Bowl. Pepsi will kick-off its countdown to the Super Bowl in late December with Pepsi MAX, the official soft drink of the NFL, debuting an advertisement starring New York Jets quarterback Mark Sanchez, Coach Rex Ryan and the popular Pepsi MAX driver during the Christmas Eve match-up between the Jets and their hometown rival New York Giants on Fox. The spot entitled “Locker Room” is directed by Joe Pytka with creative by TBWA/Chiat/Day and draws upon team camaraderie where Pepsi MAX with its zero calories and maximum Pepsi taste instills an undefeated confidence in the minds of the New York Jets. The Pepsi “driver” concept was born during the Super Bowl in 1995 in a commercial also directed by Joe Pytka. Pytka has directed more Super Bowl commercials than any other director in the game’s history.

PepsiCo offers the world’s largest portfolio of billion-dollar food and beverage brands, including 19 different product lines that each generates more than $1 billion in annual retail sales. Our main businesses – Frito-Lay, Quaker, Pepsi-Cola, Tropicana and Gatorade – also make hundreds of other nourishing, tasty foods and drinks that bring joy to our consumers in more than 200 countries. With annualized revenues of nearly $60 billion, PepsiCo’s people are united by our unique commitment to sustainable growth, called Performance with Purpose. By dedicating ourselves to offering a broad array of choices for healthy, convenient and fun nourishment, reducing our environmental impact, and fostering a diverse and inclusive workplace culture, PepsiCo balances strong financial returns with giving back to our communities worldwide. In recognition of its continued sustainability efforts, PepsiCo was named for the third time to the Dow Jones Sustainability World Index (DJSI World) and for the fourth time to the Dow Jones Sustainability North America Index (DJSI North America) in 2009. For more information, please visit www.pepsico.com.