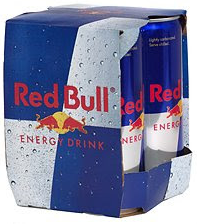 In a brief and rather unusual statement, Red Bull North America announced on Friday that it would be increasing prices of its products by approximately 5 percent. The pricing change will impact beverages that the company sells to its distributor partners and is expected to result in higher prices for consumers.

Red Bull made the decision having held relatively steady on the price of its energy drinks since their debut in 1997, “despite rising costs associated with raw materials, production and transportation,” the company noted. However, “in order to continue investing in the Brand’s development,” Red Bull will look for a boost in revenue via the new pricing structure which will identical across all channels, accounts and distributors.

Erin Mand, a communications executive for Red Bull North America, told BevNET that the company’s distributor partners “were alerted prior to us sending the news to media.” Mand was unable to offer further comment or elaboration on the new pricing strategy.