Reuters is reporting that Kroger is bidding for specialty grocery chain The Fresh Market, which currently operates 183 stores across 27 states. Sources tell the publication that Kroger, one of the largest U.S. supermarket chains, is in the second round of an auction process that’s also seen interest from buyout firms Apollo Global Management LLC, KKR & Co LP, and TPG Capital LP.

In an October press release, The Fresh Market revealed that the company had retained J.P. Morgan Securities as its financial advisor and that the company would consider a possible sale. The company, like many other natural and organic grocers, has struggled as conventional supermarkets have begun to stock similar offerings.

Neither Kroger nor The Fresh Market responded to Reuters’ requests for comment.

Talking Rain Beverage Company president and CEO Kevin Klock is one of 14 recipients of Seattle Business Magazine’s Executive Excellence Awards. The publication championed Klock for the successes at Talking Rain, which under his leadership sales of its Sparkling Ice brand from $10 million in 2010 to $500 million in 2014. In modest fashion, Klock credited the company’s rise to the entrepreneurial spirit of its employees, saying “We unlocked a lot of the talent that was already there.”

Franklinton, N.C. resident Susan Samson was a bit bugged out by the contents of Dasani bottled water. WRAL reports that Samson alleges to have found insect larvae in the caps and rims of several bottles, as well as moths in its cardboard packaging. Coca-Cola Consolidated has disputed the accusation, with senior vice president of corporate affairs Lauren C. Steele, telling WRAL that the company “determined there was no health or product safety concern” and “there is almost zero chance there were any moths or larvae involved.”

“Lab analysis showed presence of moth larvae on the outside of one of the bottles – outside not the inside,” Steele wrote. “There is no possibility larvae could have entered the product. The larvae appears to be Indian Meal Moth, a common pest sometimes found in household products like grains, flour, birdseed or dog food typically stored in home pantries, closets or garages.”

Samson says she later received a $25 check and coupons for 96 bottles of water from the company. 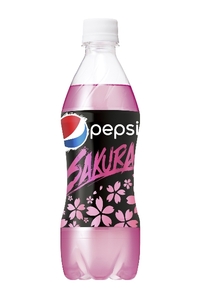 Japanese consumers will once again be able to enjoy a pink Pepsi. After launching a limited-edition strawberry milk-flavored Pepsi soda in the country at the end of 2014, the company has unveiled ‘Pepsi Sakura’, a cherry blossom flavor that High Snobiety says will be available for purchase in Japan beginning next month.

Coke’s Mini-Cans Come to the Rescue

On Wednesday the Coca-Cola Company reported its fourth quarter and full 2015 earnings, with the soda giant posting 4 percent organic revenue growth for the year. The Washington Post explored Coke’s ability to post profit in the midst of declines of U.S. consumption of carbonated soft drinks, citing the success of its miniaturized offerings which have succeeded in getting consumers to pay a higher price per ounce. WaPo reporter Roberto A. Ferdman, looking at Coca-Cola pricing on Amazon, showed Coke’s mini-cans are 42 percent more expensive per ounce of Coca-Cola than its regular-sized counterparts.