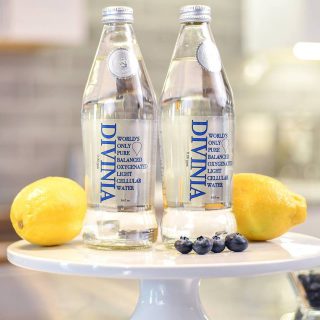 IDAHO FALLS, Idaho — There is much to celebrate this holiday season at Divinia Water. The company just announced that it inked an agreement with existing investors to expand operations through the purchase of bigger, faster, and newer equipment.

The installation of the fixtures mean that Divinia Water, Inc., who does not use co-packers, can immediately outturn over 2,900 bottles every three days. To keep up with the acceleration, Divinia’s CEO already drafted plans to materialize additional in-house, patented purifiers to augment production by tenfold within the next few months. With the additional capital infusion they anticipate that, by March, production capabilities will be up to 27,000+ bottles per day, per single shift.

Upon shaking hands on the deal, Divinia Water offered board positions to Ron Mezzetta and Mickey Breen so that the company can tap their expertise on finance and operations in the food space.

2017 has been an eventful year for Divinia Water. The company moved into a larger facility, raised an $800k seed round, hired four more employees, expanded presence from online sale to retail, and increased production over three times.

“Due to the overwhelming response we have received from our online store, we feel obligated to rise to our consumer demands by turning inventory over faster and being available on as many local store shelves as possible,” said Rémy Sedlmayr, Treasurer and shareholder at Divinia Water. “We have refined our technology for greater output while keeping with our standards for quality and purity. We give the market a unique offering – functional, beneficial water without any ingredients, whatsoever.”

2018 looks to be just as exciting for the growing family company. The company’s board is aware of plans for a series A raise which the CEO, Steven Sedlmayr, believes will be both unprecedented and successful.

As the raise draws closer, Divinia will announce plans in greater detail.

Divinia Water, founded in 2015, is a family owned and operated bottled water brand from Idaho. Divinia’s patented process produces the market’s only 100% pure, functional water scientifically proven to match cellular osmolality by the University of Washington and Amity University in India. With a mission for eco-friendly processes, Divinia Water is bottled in recyclable 16 ounce glass bottles and operates with as little waste as possible. Products are currently sold online at www.diviniawater.com.