The investment marks the second fundraise for the Austin-based brand in just over a year. In April 2016, the company landed a $4 million investment led by CAVU Venture Partners, which reinvested as part of this round.

Dr Pepper Snapple Group (DPS), which holds a minority stake in High Brew and is the primary distributor of the brand, did not participate in the round. 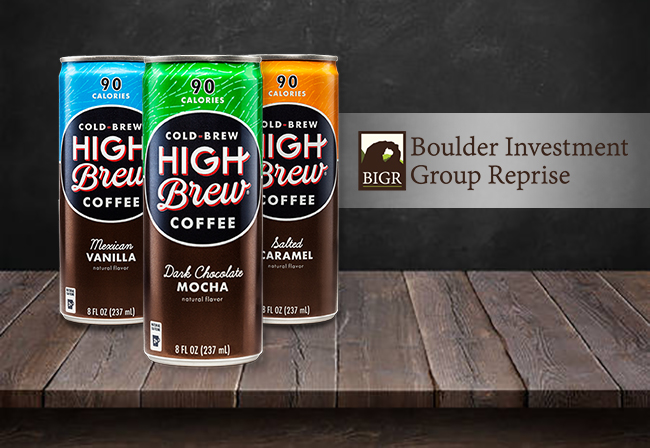 The infusion of new capital will be used to continue to “accelerate the brand’s accessibility and penetrating popularity,” according to a press release. Those will include support for improvements in production infrastructure and efficiencies in bringing new products to the market.

“Witnessing the growth of High Brew over the past three years has been an amazing ride,” said founder and CEO David Smith in the press release. “With the closing of our Series B funding, we will be able to reach even more markets to elevate their coffee experience. As you can imagine, we are excited to write the next chapter in the High Brew story.”

In an interview with BevNET, Duane Primozich, a BIGR co-founder and managing partner, said that High Brew’s experienced management team was the most important factor influencing BIGR’s decision to investment.

“From David Smith to Mari Lee Johnson on the marketing side to Brian Arkus on the sales side and Hunter Todd on the finance side, we’ve got a fantastic operations lead,” said Primozich. He described the the staff at High Brew “among the best management teams out there today for a company” of its size.

“This is the 10th investment over the last two funds we’ve managed and time and time again it has borne out that the key difference between success and failure of a company lies with the management team,” he added.

“I think we are in the very early stages of this,” Primozich said of the cold brew category. “As you look at the total ready-to-drink coffee space right now, cold brew is just a small percentage of that and I think it has a lot of room to grow.”