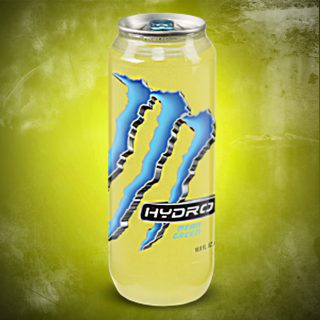 After hearing grumbles last year from retailers over the rollout strategy for its much anticipated Mountain Dew-fighter, the neon-green “super soda” Mutant, Monster Beverage Corp. could have done with a smoother introduction for its first innovation of 2017.

Yet according to a report from Wells Fargo Securities, things may be getting bumpy again with the news that production delays will force Hydro, Monster’s much-hyped new enhanced energy water, to miss its expected launch date this spring.

Bonnie Herzog, Managing Director of Equity Research at Wells Fargo, wrote in the March 30 edition of the company’s “Beverage Buzz” newsletter that Monster has delayed the launch of Hydro “due to unforeseen production complications.” The product was originally scheduled for delivery last week.

Retailers who spoke with Herzog did not have a clear answer on when they expected to begin receiving shipments of Hydro; one said the postponement would last “up to 90 days” while another reported hearing from Monster that the company “won’t guarantee consistent product flow over the next few couple months.”

As a result, Herzog said Well Fargo’s analysts “have concerns about the ability for Monster’s new innovation to have any meaningful impact on sales this year, suggesting the recent slowdown in the energy category may persist.”

According to Herzog, retailers have been consistently voicing their frustrations about the state of their relationship with Monster for the last several quarters, which she suggests may have a negative effect on the company’s ability to launch new products in the future.

In a Wells Fargo survey of retailers representing over 15,000 convenience stores in the U.S. released last October, many expressed frustration over Monster’s rollout strategy for Mutant, which included limited promotion and launching only in select c-stores. Over half the participants said they expected to see “minimal incremental sales” for the drink.

According to the survey, retailers have higher sales expectations for Hydro than Mutant, with the former projected to bring in $219 million in net sales versus $138 million for the latter.

Speaking about Hydro’s issues, one retailer told Herzog that “Monster is developing a track record of delaying new items.” Others reportedly chose not to include Hydro because its original scheduled launch was too late for planning purposes.

Domestic production issues for Monster also extend to its Monster Java line. In an investor call in January, Sacks said that manufacturing constraints related to the line cost the company $20 million in lost revenues in the past quarter.

Those problems have muddied the waters for Monster’s next innovation, a ready-to-drink coffee beverage called Monster Cafe. In January, Sacks said that the line’s debut was being pushed back because the slower production process required would have forced the company to curtail production of Java Monster. The company will manufacture Cafe Monster in Europe and build inventory in preparation for launching in the second half of 2017, with production eventually shifting back to the U.S.

Yet its issues with new products haven’t hurt Monster’s bottom line just yet: during a call to Q4 financial results in March, the company reported a 16.8 percent increase in net sales from the previous year. Monster CEO and Chairman Rodney Sacks defended Mutant’s introduction on the call, noting that the line had the highest dollar share gain for single-serve soft drinks in the c-store channel for the 13-week period ending January 21, according to Nielsen.