Los Angeles-based foodtech company Soylent has pulled in some Silicon Valley-grade investors, closing out a Series B financing round today with $50 million in funding, led by GV (formerly Google Ventures), bringing the company’s total funding to $74.5 million.

Andy Wheeler, general partner at GV, will join the board of directors at Soylent, which markets nutrient-dense meal replacement drinks and powders . Other investors include Tao Capital Partners, as well as past investors Lerer Hippeau Ventures and Andreessen Horowitz.

Founded in 2013, Soylent launched with over $3 million in crowdsourced funding. In 2015, the company raised $20 million in a Series A round, led by Andreessen Horowitz. 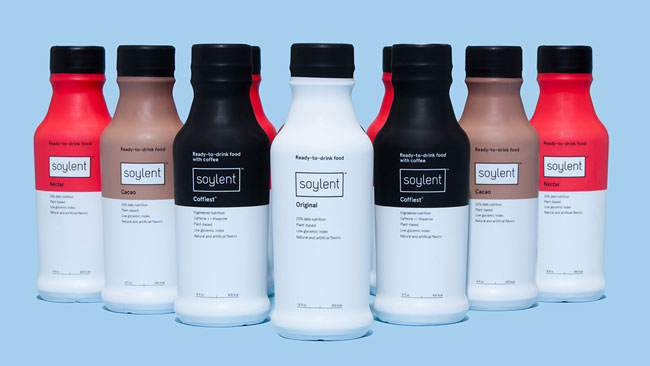 “Soylent is addressing one of the biggest issues we face today: access to complete, affordable nutrition,” Wheeler said in a press release. “As one of the pioneers in this space, Soylent is tackling this problem head on with progressive thinking and a clear strategy that has led to outstanding growth.”

GV is also an investor in other tech-savvy food and beverage companies, including Ripple Foods, Juicero, and Impossible Foods.

Soylent has sold its line of online exclusively on Amazon.com, but the new funding will in part go toward introducing the brand to the grocery and convenience channels. Founder and CEO Rob Rhinehart told BevNET it was too soon to give specific details about the timeframe or size of the retail launch, but said the company’s goal is to expand their consumer base as far as possible.

“Eventually, Soylent should be as easy to find as a cup of coffee,” he said.

Rhinehart declined to discuss pricing for the brand at brick-and-mortar retail stores. However, Soylent’s 14 oz. ready-to-drink line is currently sold in 12-packs through Amazon for between $34 and $39 per bundle.

Soylent has managed to build a cult audience of dedicated consumers, some of whom have sought to replace their entire diets with the “nutritionally balanced” drinks and powders. Earlier this year, the company partnered with creative agency Wieden+Kennedy for an innovative digital campaign that simultaneously sought to draw in new customers while appealing to the base. It included putting a website on the dark web (an encrypted section of the internet notoriously known for illegal marketplaces) and creating a digital mascot.

However, transitioning to the mainstream mass market will require broad-based marketing. According to Rhinehart, the company’s in-house and agency teams are working on an advertising strategy that will include ideas for outdoor, in-store, and digital marketing.

The new funding will also go toward product innovation, adding new production facilities, and expanding the brand outside of the U.S., Rhinehart said. Speaking to TechCrunch on Wednesday, he said the company’s net revenue had nearly doubled in the first quarter of 2017 compared to the same quarter in the previous year.

The new funding round comes a little more than a week after the company issued a recall of 890 cases of is powder product after it was contaminated with whey protein in the production process. Last year, Soylent recalled a new formulation of its powder mix and protein bars after an algae-based ingredient was found to have made some consumers violently ill. Rhinehart insists the issues are in the past, telling TechCrunch Soylent has “gone a long way” to improve its ingredients and process.