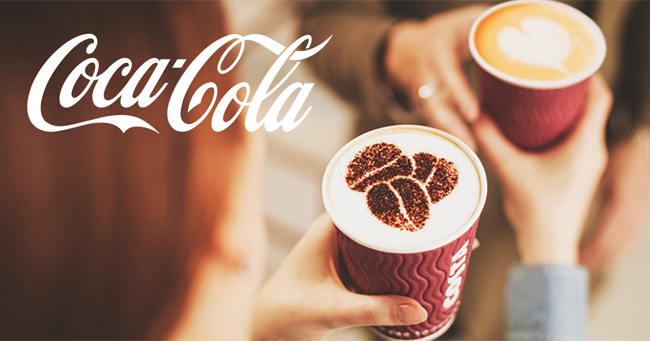 The Coca-Cola Company today announced it has reached an agreement for the acquisition of London-based coffee company Costa Limited. The deal, valued at $5.1 billion, is the largest brand acquisition in the company’s history and is expected to close in the first half of 2019.

The move represents a new frontier for the world’s largest beverage company, as it moves into brick-and-mortar retail for the first time and takes over a complex global supply chain in coffee, a highly competitive category. Costa Coffee, the largest cafe chain in the United Kingdom, has over 4,000 locations worldwide, while the company also operates vending, roasting, and CPG coffee businesses. It’s the second-largest on-premise coffee operation in the world, behind Starbucks.

The company generated approximately $1.7 billion in gross revenue in the last fiscal year ended on March 1. According to analysts at Cowen, Costa has grown at 12.5 percent CAGR since 2014.

Costa, founded in 1971, was previously owned by British hotel group Whitbread PLC, which purchased the company in 1995.

In a press release, Coca-Cola CEO James Quincey acknowledged the importance of Costa in supporting Coke’s evolution into a “total beverage” company, as it gives the beverage giant a foothold in hot beverages, “one of the few segments of the total beverage landscape where Coca-Cola does not have a global brand.”

“Costa gives Coca-Cola new capabilities and expertise in coffee, and our system can create opportunities to grow the Costa brand worldwide,” Quincy said.

“Costa is a fantastic business with committed and passionate associates, a great track record and enormous global potential,” said Dominic Paul, managing director at Costa, in a statement. “Being part of the Coca-Cola system will enable us to grow the business farther and faster.”

According to a statement, Coke plans to retain the existing management team at Costa.

In a post titled “Why Coca-Cola is Acquiring Costa,” Quincey noted that the fragmented nature of the coffee business, which is divided into a wide variety of formats and different regional brands, has made it challenging to build a global portfolio in the category.

“No single company in the world has a strong foothold across all parts of coffee. And that includes Coca-Cola,” he said.

Quincey emphasized Costa’s positioning as a versatile, global coffee platform that can complement Coke’s existing interests in the category. He cited potential opportunities to expand Costa’s espresso machine system, Costa Express, which currently has over 8,000 units in-market. Building Costa’s roast and ground coffee bean business in on-premise and at-home channels will also be explored, he added.

The company also has RTD brands in foreign markets, such as Georgia in Japan.

In buying Costa, Coke has now acquired the world’s second largest specialty coffee chain, but one many outside Europe and Asia may be unfamiliar with. The company has no U.S. presence, and is dwarfed in size by competitors like Starbucks (27,000 locations worldwide) McDonald’s (McCafe) and Dunkin’ Donuts (over 11,300 stores globally).

However, the move also suggests that Coke is steeling itself for an ambitious battle with the likes of Starbucks and JAB Holdings for domination of the fast-growing global hot beverage market. All three companies have taken significant strategic moves over the past year; in May, Starbucks sold its worldwide grocery packaged coffee business to Nestlé S.A. for $7.2 billion, while JAB Holdings, which owns Keurig Green Mountain, completed that company’s multi-billion dollar merger with Dr Pepper Snapple earlier this summer.

“Over the last five years, we’ve seen almost $20 billion in growth from specialist coffee shops globally,” he wrote. “We can see the success that a brand like Starbucks have had in building premium brands in their café locations and then bringing these to retail (hence the large sum that Nestle paid to license these retail brands earlier this year).”

Analysts for Cowen noted that Coke will likely use Costa differently depending on the market.

“[Coke] plans to expand Costa’s retail format east towards Asia, where coffee consumption habits are less established,” Cowen analysts wrote in a ‘quick take’ report. “Meanwhile, in geographies like the U.S., where consumer coffee habits are more mature, the company will focus on developing RTD and in-home products.”