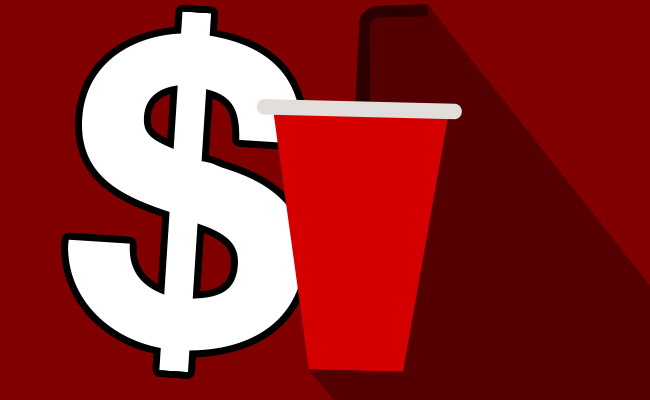 Over the past two years, several studies examining the effect of Berkeley, California’s sugar-sweetened beverage (SSB) tax, voted into law by residents in 2014 and implemented in the spring of 2015, have shown a drop in soda consumption.

But a new study out of Duke University suggests the city’s law, the first in the U.S., is flawed in ways that weaken its effectiveness as a deterrent.

According to findings by economists Bryan Bollinger and Steven Sexton, consumer spillover into bordering municipalities and a failure to ensure that the tax is passed on to consumers has limited the law’s ability to affect rates of obesity and other sugar-related health issues, an oft-cited reason for its adoption.

Bollinger and Sexton studied select chain retailers and used scanner data from Nielsen to monitor price changes across California to determine if the tax was being added to retail prices.

The pair found that in Berkeley about 20 percent of the tax was passed on to supermarket consumers, and in the drug channel the tax was frequently not passed through at all.

Speaking to BevNET, Bollinger and Sexton said that not taxing consumers made the law less effective. In many cases, either distributors or retailers (it’s not clear which) have been absorbing the extra costs in order to keep sales flowing. While the city raises revenue either way, it weakens the financial incentive for consumers to make healthier beverage choices.

In instances where the tax is passed on to consumers, signs — like the ones seen in Seattle, where a SSB tax went into effect on January 1 — have sometimes alerted shoppers to the reason for the price increase. While some consumers may not mind paying a little extra for a Coke, the signs could potentially direct public anger towards lawmakers.

“We can’t say if retailers are using those ads as a PR tool to get consumers to react negatively to the tax as a whole, but it’s possible that’s one reason why it is happening,” Bollinger said.

Berkeley’s relatively small size also hurt the tax. Sexton estimates more than half the city’s residents leave the city every day, allowing consumers to purchase sugary drinks outside city limits and offsetting the drop in consumption within Berkeley’s borders.

“We have to consider the spillover effects, or behavior by grocers and retailers,” Sexton said. “Municipalities need to be concerned with their jurisdiction.”

Berkeley’s tax was approved by ballot referendum in November 2014. The same year, a similar referendum in neighboring San Francisco was defeated, earning 54 percent of the vote but falling short of the supermajority required to pass. San Francisco has since implemented its own SSB tax, which went into effect on January 1.

But even larger municipalities, such as Philadelphia, have experienced spillover. Neighboring communities experienced a 38 percent increase in sales after the city adopted an SSB tax.

The pair also suggested the taxes could be better designed to factor in price uniformity across diet and full calorie SKUs. In Berkeley, they said, diet soda is not included in the tax, leaving retailers unsure whether to raise the price of all sodas, absorb the tax and maintain the standard price, or settle for an uneven pricing structure.

Despite its flaws, Berkeley’s law, as well as similar taxes passed throughout the country, is having a tangible impact on carbonated soft drink sales and retailers’ fear that spillover will lead to storewide losses as consumers take their money out of town.

While San Francisco and Seattle may have just joined the ranks of cities adopting these taxes, Chicagoans appear to be shedding no tears at the repeal of the tax in Cook County, where consumers quickly tired of traveling to Indiana for a Pepsi.