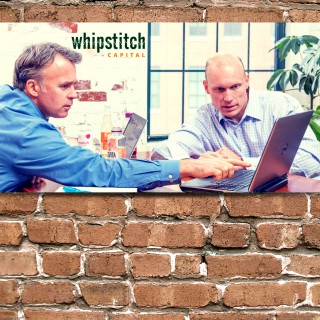 FRAMINGHAM, Mass. — Fermented Sciences, Inc. d/b/a Flying Embers (“Flying Embers”), a producer of better-for-you alcohol products including hard kombucha and probiotic beer, announced it closed an investment round led by Ecosystem Integrity Fund (“EIF”), a sustainability-focused venture capital fund that invests in companies across a range of sectors. Flying Embers will use the invested capital to increase production capacity and expand its brand across the United States. Whipstitch Capital served as the exclusive financial advisor to Flying Embers in the transaction.

“As early investors in Bill’s previous venture (KeVita), we know how good Bill is and we’ve been involved since the beginning here,” said Devin Whatley, a Partner at EIF. “We couldn’t be more excited about Flying Embers and believe we have the opportunity to hit another home run.”

“This is the natural next step for Bill Moses given his experience in alcohol through Casa Barranca Organic Winery and his success in kombucha at KeVita,” said Nicolas McCoy, Managing Director of Whipstitch Capital. “Flying Embers marries the two: the innovation here is groundbreaking.”

“The first time I tried Flying Embers’ hard kombucha, I knew this was a winner,” added Michael Burgmaier, Managing Director of Whipstitch Capital. “If I ever have the option between a Flying Embers hard kombucha and a traditional beer again, Flying Embers will always win. The brand and innovation here position Flying Embers to become a better-for-you alcohol platform market leader.”

“We chose Whipstitch as our long-term partner because they are simply the best advisors on the market. Period,” said Bill Moses. “The Whipstitch team was key to KeVita’s success in raising capital from the best and the ultimate sale to PepsiCo – we never would imagine working without them.”