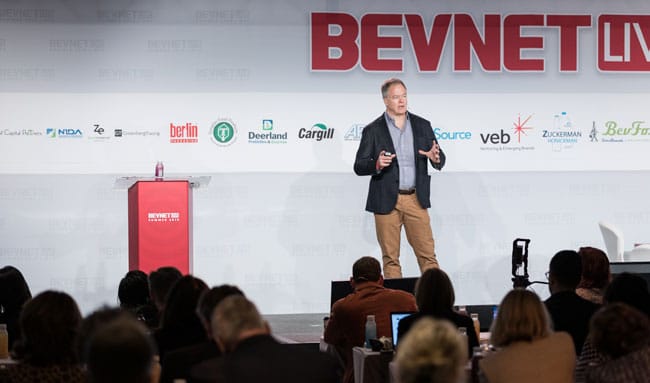 The second day of BevNET Live Summer 2019 tackled some of the major issues, opportunities, challenges and changes brands are facing across all aspects of the beverage industry. Through personal stories from entrepreneurs and operators, as well as through deep dives into consumer data, the on-stage presentations covered topics ranging from distribution and marketing to building appeal with young consumers and adapting to the rise of new trends like CBD.

The event’s second day kicked off with a conversation on investment patterns in beverage with Nick McCoy, co-founder and managing director of Whipstitch Capital. First the good news for beverage entrepreneurs: a rising tide of innovation, according to McCoy, is fueling growth across all channels.

McCoy explained the dynamic market forces that are shaping beverage investment: as large strategics seek to acquire brands that are already profitable, they need to spend more money to get them. As such, companies in the $100-$300 million range can often find themselves squeezed between being too big and not big enough. To find better value, McCoy said, large strategics are using multiple strategies to acquire brands at different stages, such as two-step deals and minority investment positions that are often not widely publicized.

Next on stage was Kurt Seidensticker, founder and CEO of collagen based wellness company Vital Proteins. Using his own experience building the company as a lens to examine leveraging the digital space to build a brand, Seidensticker noted how the company’s commitment to spending 15-20% of its annual budget on marketing has reaped rewards, particularly through its use of influencers. As it grew, the company found success by targeting influencers not based on number of followers but by their level of engagement. Vital also drew insights from data that it used to fuel its innovation pipeline. After discovering that the majority of Vital’s consumers were women who were using the product in the morning, Seidensticker said, the brand pivoted to products like collagen water and collagen creamers to match the use occasion.

The event’s next presenter took the audience through the evolution of a century-old newspaper and magazine distributor into a modern and innovative DSD house. Tom Dowdy, chief revenue officer at New Jersey-based Hudson News Distributors, noted that while the company still does swift business in magazines and newspapers, it has expanded its interest in food and beverage in recent years to maximize the output of its considerable infrastructure, which includes 400 trucks and coverage up and down the coast.

Having been in the role since 2016, Dowdy has built out a portfolio of brands for Hudson that includes Hint Water, La Croix, Polar Seltzer, Icelandic Glacial and illy Coffee, as well as brands from New Age Beverages. The company already has the operational muscle (trucks, warehouses, merchandisers, an online ordering platform) and the relationships with key retailers in the drug store channel and mass channels — including Target and Walgreens — Dowdy said the distributor is actively looking to find emerging brands with which it can forge strong long-term bonds. 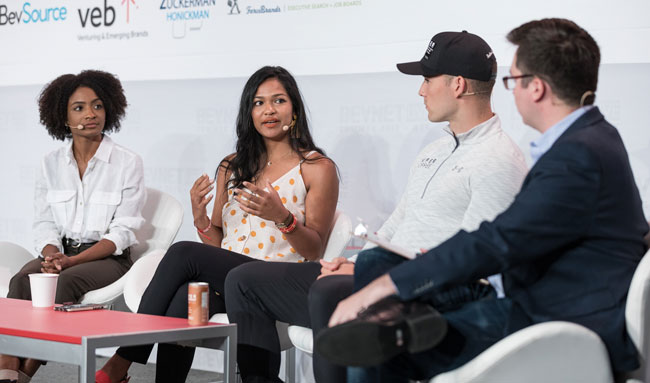 Following the discussion with Dowdy, BevNET reporter Brad Avery sat down with a panel of young entrepreneurs who shared insights and perspectives on the beverage industry from a millennial’s perspective. All three members of the panel — Koia co-founder Maya French, Kitu Life CEO Jim DeCicco and Tea Drops founder/CEO Sashee Chandran — agreed that relying on dated marketing tactics or being less than fully transparent were surefire ways to lose millennial consumers at the shelf.

“As a whole, [millennials] are restless and rebellious,” said DeCicco.

That attitude, combined with the power of the Internet, has helped shape how the panelists engage with their customers. French said she personally responds to the comments and questions Koia receives online so the senders “recognize that there’s a real person behind the brand.” Chandran noted that taking the opportunity to have a “direct, one-on-one relationship” with a consumer is a critical component of establishing transparency, which itself has become more important as millennials have access to more information.

In the day’s next presentation, Rick Blastein, founder/CEO of OTG, shared thoughts and lessons from his experience building a company that reaches 313.5 million passengers annually. Since launching in 1996 in a dozen locations inside Philadelphia International Airport, OTG has aimed to elevate travelers’ food and beverage experience through restaurant and retail innovation, such as CIBO Express Gourmet Markets. Each store carries over 800 different SKUs across food and beverage, which Blastein said was key in creating a “sense of discovery” for consumers. After they engage with a brand they enjoy while traveling through airports, those consumers will seek out that product in their home market and help drive interest.

Blastein was followed on stage by Liz Tomic, global director – explore fund for ZX Ventures, the global growth and innovation group at Anheuser-Busch InBev. Discussing ZX’s process when evaluating investment opportunities in beverage, Tomic said it looks at categories that are big enough to meet the needs of relevant size of population, able to live across channels, and which are relatively affordable.

“We don’t think by category — we try to create investment strategies based around need states,” she said. 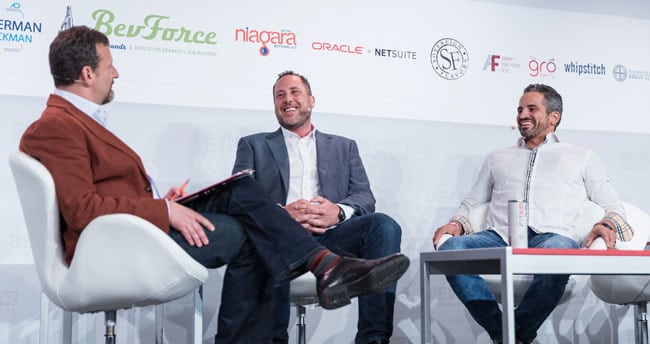 Underscoring their belief that “entrepreneurs are the new rock stars,” Orion Melehan and Aaron Hinde, co-founders of functional beverage platform LifeAid, opened their presentation with a series of colorful video cameos from the likes of “Shark Tank” host Daymond John and rap legend Snoop Dogg. Once the intros were completed, the pair offered a glimpse inside the playbook that has helped the brand successfully transition from direct-to-consumer sales to conventional retail.

Hinde and Melehan emphasized that young brands should make building a customer service team a top priority when starting out in order to get immediate customer feedback and make adjustments on the fly. Warning the audience that “brand building is the quickest way to go broke,” Hinde advised companies to focus on ROI-driven marketing, noting how at LifeAid “For every dollar spent, we needed to get one dollar back or more in return.”

Finally, the second day of BevNET Live Summer 2019 concluded with an exploration of the rapidly developing cannabis beverage market led by Jessica Lukas, VP of consumer insights at BDS Analytics, Inc. With the U.S. projected to drive the global cannabis marketplace to $22.1 billion by 2022, Lukas explained that a new type of cannabis consumer is fueling demand for products that deliver a functional, controlled experience through smaller doses of THC.

However, sales of cannabis beverages remain a relatively small portion of overall sales in adult use dispensaries, representing only 6%. Carbonated and still drinks are the two biggest categories in cannabis beverages, though teas and water soluble powder mixes are the fastest growing. Lukas projected the total cannabinoid beverage market (THC and CBD) will reach approximately $1 billion by 2022. By then, she also expects cannabis to be federal legalized and that the U.S. Food and Drug Administration (FDA) will have changed how it regulates such products, most notably by blocking the use of claims like “sleep” or “relax” currently employed by some function-forward beverage brands.

BevNET Live Summer 2019 concluded with the announcement of the winner of New Beverage Showdown 17.