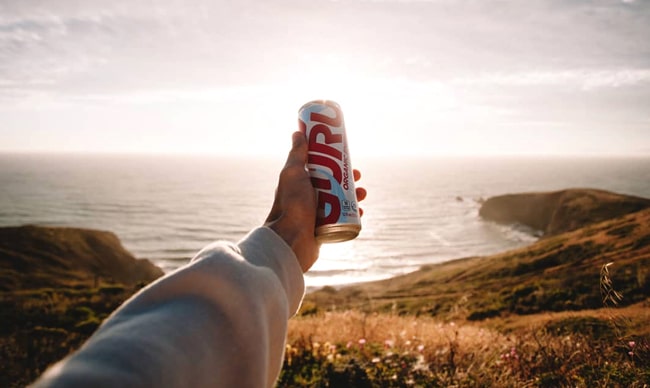 When it launched in 1999, energy drink brand Guru was the first organic and one of the few natural products in the category. In the years since, the Montreal-based brand has watched as energy drinks have developed into a $12 billion market in the U.S., but it’s only relatively recently that growth trends have shifted in the favor of natural products.

According to data from SPINS, naturally positioned energy drinks have been delivering strong numbers across U.S. retail channels, with the majority of sales volume and the fastest growth for the segment coming in the conventional multi-outlet channel. While the entire U.S. natural energy market stands at approximately $55 million, the category grew by 36.2 percent last year, compared to 7.9 percent growth for shelf-stable energy drinks overall. The last 12 months have seen notable investment activity and innovation around the space as well, from brands like Runa, Guayaki, MatchaBar and Hiball.

As the energy market has evolved to account for broader health trends in beverage, so has Guru, which contains natural caffeine from guarana seed and green tea extracts. For years Guru hewed close to “typical energy drink marketing” rather than emphasizing the natural and organic callouts, according to director of marketing Carl Goyette. In a series of promotional video clips produced in 2009 in collaboration with agency Virtue Worldwide, a division of Vice Media, Guru sold itself as “Clean Energy for Dirty Minds” by showing friends enjoying some “playful acts of deviance.” In terms of innovation, over the years a series of other flavors — including lemonade, juice and iced tea-based varieties — were introduced and discontinued, while in 2008 the brand linked up with rapper/producer Kanye West for a promised product collaboration that never ultimately materialized.

Over the last five years, however, the brand has pivoted so that its natural and organic callouts — now included prominently on the label — are “the most important message that we will move forward with,” Goyette told BevNET.

“In any type of research we looked at on energy drinks, there was one common theme: consumers love them, but they are scared of some of the ingredients,” he said, characterizing the category’s perception by a majority of consumers as “toxic.” He continued: “For us, having a natural and organic product, it only made sense to make this our sole focus as a company because it’s already part of our DNA.”

In taking that route, Guru has established itself as a significant brand in its home country; according to data from Mintel, the company has a 10 percent share of the energy drink market in Quebec and 4 percent share in Canada overall — roughly matching the percentage of the category owned by natural energy drinks in that country.. Based on Nielsen data for the 52-week period ended on Sept. 15, 2018, Guru grew 52 percent in c-stores and gas stations and 42 percent in grocery stores and pharmacies.

Yet, particularly as it enjoyed a head start on its competitors, the question remains: why hasn’t Guru developed into a more significant player in the U.S. market. Goyette said the brand, particularly after the shift in marketing emphasis, has continued to focus on proving itself in Canada.

Indeed, even with its natural positioning, Guru’s retail strategy is to go after the larger players where they live and thrive: convenience store coolers. Finally, in 2017, Guru started pushing into that channel in the U.S. market. Still tentative, the brand’s c-store rollout has thus far been primarily in the San Francisco Bay Area, where the company has built a presence in select 7-Eleven locations and independent retailers. Goyette said the idea was to replicate the brand’s successful Canadian business model stateside with a balance of national natural retailers — like Whole Foods, Sprouts, Kroger and Safeway — and DSD accounts.

That also means focusing on just two SKUs — Original and sugar-free Lite, in both 8 oz. and 12 oz. cans — and directing sampling and promotional efforts at existing category consumers first. Though Guru launched a three-SKU line of zero-sugar Energy Waters in 2016, those are not part of its presentation to U.S. retailers. And unlike brands such as Runa with guayusa and Guayaki with yerba mate, Guru isn’t built around an emphasis on its natural caffeine source.

“The way I see it, the brand we have is not one thing but a combination of multiple elements that create the brand,” Guru founder and CEO Joe Zakher told BevNET. “In our case, it’s the fact that we [have] healthy ingredients, good taste and functionality.”

“Meeting consumers of conventional energy drinks and talking to them, it’s been clear to us that if people are going to switch [to Guru], the guys who are drinking Red Bull, Monster and Rockstar are less likely to switch to energy water and more likely to switch to Guru Original or Guru Lite,” Goyette added, noting that latter product is the brand’s top product on Amazon and is on pace to become its overall best selling SKU. “It became very clear in our strategy that the initial contact with our brand if we want to go and disrupt this industry has to be Guru Original and Guru Lite. Once they know and understand our brand, then we will come in with Energy Water as something different.”

Goyette acknowledged that an intentional focus on driving velocities and maximizing profitability of its shelf space through those two SKUs has slowed the rollout of further product innovation. But the brand is preparing new products based on different plant-based caffeine sources and natural ingredients for next year, part of the reason why Goyette said Guru will be focused this year on finding a strategic partner to support the company’s next growth stage.

“We are reaching a point where it’s very clear that strategic partners will be needed on the distribution side and on the investment side in order to grow at the pace we want to grow,” Goyette said. “The company is profitable in Canada, and we are reinvesting those profits in the U.S. But we think we can go much faster if we can find the right strategic partner.”