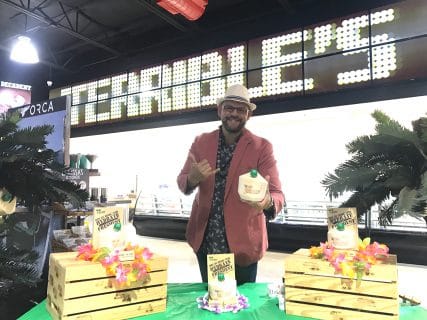 “We are thrilled to bring Coco Taps to Terrible Herbst,” said owner Coco Vinny. “Our customers have been asking for more locations to pick up our refreshing, hydrating beverage when they are on the go and Terrible Herbst is the ideal solution.”

Coco Taps provides 100 percent pure coconut water straight from the coconut source in its original natural packaging. A zero waste beverage company, Coco Taps has a patented invention and system that eliminates the need for processing and excess packaging. Coco Taps are available at over 20 resorts, 60 restaurants and 40 convenience stores in Las Vegas, Nevada, California and Arizona.

Founded in 2014 by Coco Vinny and headquartered in Las Vegas, Coco Taps, is the only resealable coconut beverage system in the market. Manufactured in the United States, tool kits and coconuts are sold online at Coco Taps and at resorts, retail stores and restaurants. In 2018, Coco Taps earned its Total Resource Use and Efficiency (TRUE) Zero Waste certification. Coco Taps is certified by the National Minority Supplier Development Council as a Minority Business Enterprise. For more information visit cocotaps.com, follow on Instagram @cocotapsforyou and like on Facebook at facebook.com/CoCoTapsForYou.