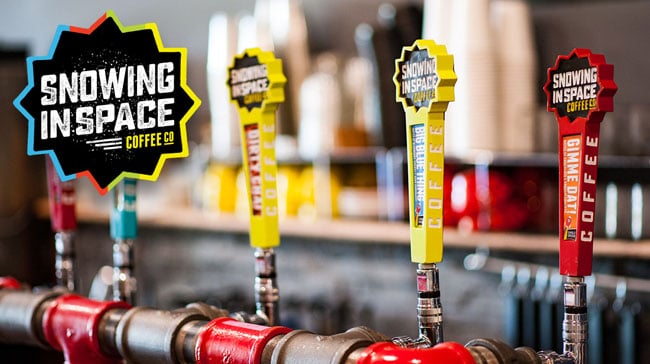 Nitro cold brew coffee maker Snowing in Space has expanded distribution to all 57 Mid-Atlantic region Whole Foods Market locations in six states and Washington, D.C., the company announced this week. The Charlottesville, Va.-based brand first entered the retailer at a single store in April 2018, before adding about 20 more locations in September.

Speaking with BevNET this week, Snowing in Space co-founder Paul Dierkes said that early sales data showed the brand is performing “consistently” on the shelf, which he attributed to its colorful branding and a price point of $2.99 per 12 oz can. Dierkes said the brand negotiated with Whole Foods to reduce its price from its standard MSRP of $3.49.

“Our model is based on trying to move volume and velocity in the cold brew space,” Dierkes said. “What we want to do is get the price point to a spot where consumers are making this an everyday part of their consumption behavior and we think with the $3 price point people are going to be more willing to buy four, five, or six [cans] as opposed to one $5 can when they’re desperate for some caffeine.”

The company has also added independent retailers throughout the Mid-Atlantic — including grocery, convenience, and fitness channel accounts — which are self-serviced cold chain by the company.

In addition to its RTD products, Snowing in Space also self-distributes its cold brew in kegs to office and on-premise accounts on the East Coast, as well as providing service for regional coffee roasters including Counter Culture, Mudhouse, and Black Hand. Dierkes said the company is preparing to “amp up” his company’s keg business this year in Virginia, Maryland, and D.C. markets.

“We control the distribution, we manage and provide all the equipment, so we’re controlling the process from beginning to end just to make sure that the quality is there,” Dierkes said. “I think that’s why a lot of roasters have outsourced that process to us. Because on a smaller scale it’s really hard to do a consistent nitro cold brew coffee and we’re building out a way for people to get access to that.”

Speaking to BevNET, Nitro CEO Ali Mohamed said the partnership will allow the Asbury Park, N.J.-based brand to expand with retail chains including 7-Eleven and Whole Foods. Mohamed said the company will focus on expanding to all New Jersey Whole Foods locations before expanding into the broader Northeast and Mid-Atlantic regions, in addition to entering new retailers serviced by Rainforest.

“Our goal this year is to increase our brand awareness and our presence in the Northeast and Mid-Atlantic region,” Mohamed told BevNET. “Since we rolled our RTD SKUs out last year it’s been just self-distribution, so our reach hasn’t gotten too far out of New Jersey. Now that we’re working with Rainforest it’s our goal to expand our presence and by the end of the year be all over the Northeast and Mid-Atlantic.” 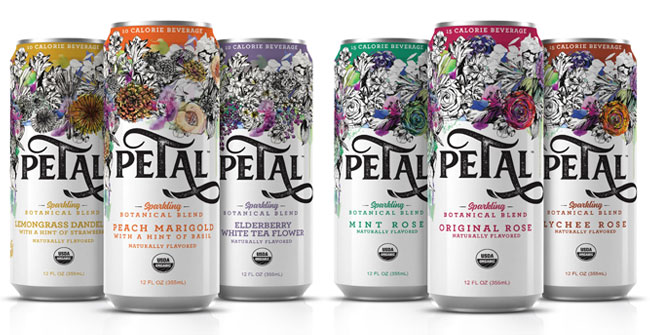 Speaking with BevNET, CEO Candice Crane said Petal — which launched in May 2018 — will also target California universities and other chain retailers in the natural, conventional and specialty channels as part of the plan. She said she anticipates the brand will be in roughly 1,000 points of distribution by fall and has signed on with UNFI and KeHE.

“Brand awareness is key as consumers are slowly but surely beginning to recognize the botanical category as something here to stay, not just a trend,” Crane said. “We’re really proud that conventional stores like Albertson’s are placing us in their organic aisle and we’re proud to be leading the organic botanical category.”

Vita Coco has partnered with fitness chain Life Time, the coconut water company announced today. The brand’s Original and Pressed varieties will be available chainwide in all 130 in-store LifeCafe locations.

Sparkling water brand BUBBL’R has expanded its footprint in the Midwest, the company announced this week in a press release.

The brand added three Kroger divisions with 270 stores this Spring, which will be serviced through PepsiCo distributors in the upper Midwest. The company is also targeting the Chicagoland market — adding all 187 Jewel locations — as well as St. Louis area accounts in Grey Eagle and through Anheuser-Busch InBev distributors.