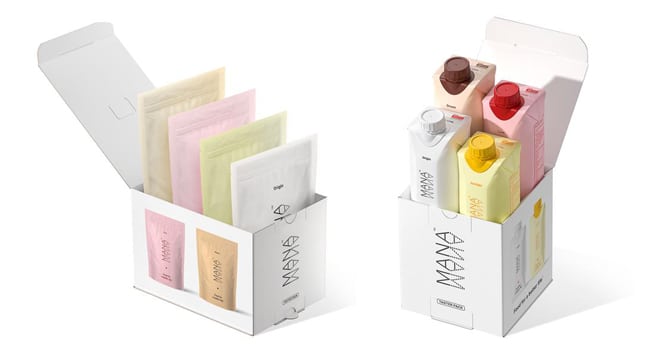 Seeking to capitalize on the growing market for meal replacement beverages, Czech Republic-based “complete nutrition” shake maker Mana announced last week it will launch in the U.S. via ecommerce this year, with direct-to-consumer preorders expected to ship in December.

Founded in 2014 by CEO Jakub Krejcik, Mana produces meal replacement beverages in both powdered and ready-to-drink formats which are currently available online throughout the European Union (E.U.) and in about 1,000 retail locations across the continent. The powdered line will serve as the brand’s entry point into the U.S. market, with RTD products expected to launch available sometime next year.

Speaking with BevNET, Mana founder and CEO Jakub Krejcik said the brand has earned widespread awareness within Europe and is in a strong enough financial and operational position to expand into the U.S. The company has about 60 full time employees and has opened a second headquarters in Germany. The brand has taken no institutional money thus far, Krejcik said, having been mostly self-funded with some investment from friends and family.

“When we were first starting, there were only a few [meal replacement] brands like Soylent in the market and there was the whole Reddit community where they’re sharing their DIY experiences,” Krejcik said. “Now we see all around us hundreds of brands popping up. You can see it in brands like Soylent, Huel and the others — they’re becoming heavily funded and the sector is really huge.”

Krejcik developed the first version of Mana in 2014 after undertaking a 14 day-liquid detox diet with his wife. At first, Krejcik said his hunger during the cleanse was so intense he would read through the Michelin restaurant guide to fantasize about the meals he would have when it was over. His fantasizing, however, quickly turned into deep research on nutrition and the food industry. Much like Soylent founder Rob Reinhardt — whom Krejcik was in touch with as both developed their respective brands — he became enamored with the idea of a complete nutrition meal replacement drink, and as soon as his cleanse was over he ordered machinery and ingredients to begin experimenting in his garage. 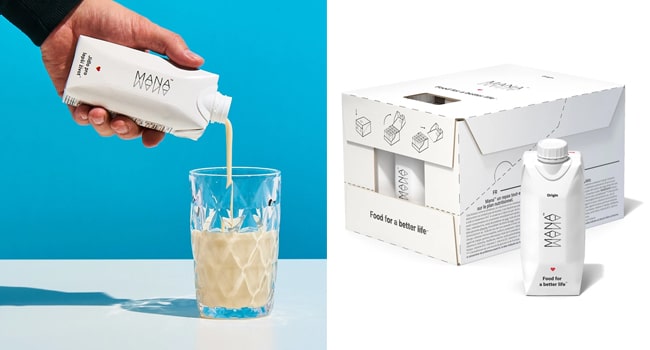 Currently, Mana is produced via the company’s own patented “high-speed cold-mixing” machine, which Krejcik said reduces separation and gives the brand a quality advantage over its competition. Mana is non-GMO and vegan, and the company publishes lab results for all of its core ingredients, including plant-based lipids and soy protein, on its website.

The full Mana line includes Origin (oat), Dream (cocoa), Love (strawberry and raspberry) and Sunlight (tropical fruit) flavors; However, only Origin will be available at launch in the U.S. The powder line retails for $69 per 35-pack box. Each serving contains 400 calories and 20 grams of protein.

While Mana will initially be an online exclusive in the U.S., Krejcik said he is interested in expanding the brand into retail but acknowledged the need to overcome a learning curve with consumers before initiating a brick-and-mortar strategy. He also hopes to raise brand awareness before a broader rollout, and intends to use digital and social media marketing to drive trial.

“We want to get it into people’s hands and find out what they think about it, that’s the number one priority,” he said.