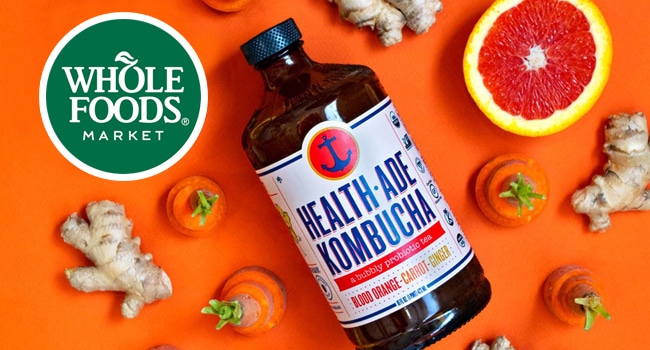 Kombucha brand Health-Ade and Whole Foods Market have reached a settlement to conclude a class action lawsuit filed last year by customers who alleged the company’s beverage products were mislabeled as non-alcoholic.

According to a motion filed on Friday in U.S. District Court for the Northern District of California, Health-Ade and Whole Foods are seeking to settle all claims for approximately $4 million ($3,997,500), including settlement administration, incentive awards, and attorneys’ fees and expenses.

In the complaint, originally filed last March and amended in May, the plaintiffs, Gabriela Bayol and Bruce Verbeck, alleged that Health-Ade Kombucha “has passed off its entire line of… beverages as non-alcoholic, when, in fact, the beverages contain more than twice the alcohol allowed for non-alcoholic beverages.” The complaint also stated that sugar levels have been understated in order to position the products as healthy alternatives to alcohol, while contributing to the continued fermentation of the drink in store coolers.

The suit claimed Whole Foods “materially contributes, controls and abets the fraud and misleading advertising” by placing the drink on shelves next to non-alcoholic beverages. The natural retailer was also part of a similar 2017 class action suit alongside GT’s Living Foods (formerly Millennium Products Inc.) that resulted in an $8.25 million settlement.

However, Whole Foods has no obligation to contribute any funds to the total financial settlement in the Health-Ade case, according to court documents.

According to the terms of the settlement, individual class members will be eligible to receive a cash payment of $4 for each product purchased during the class period without proof of purchase, up to $40 in total. Class members with proof of purchase can receive up to $80 in cash. According to the plaintiffs’ attorneys, the weighted average retail price of Health-Ade kombucha throughout the class period is $3.83.

The settlement also requires Health-Ade to add a warning to its package labels stating: “Kombucha should not be consumed if left unrefrigerated for an extended period of time. Pregnant/breast feeding? Consult your doctor. Due to natural fermentation, there may be trace amounts of alcohol and small pieces of culture.”

The company also agreed to “effectuate a formulation change” to control variability of alcohol and sugar content, and to regularly test its products using a third-party laboratory to ensure compliance.

Bayol and Verbeck will also each receive a $2,000 incentive award.

According to court documents, plaintiffs in the case deposed a representative of Health-Ade on a range of subjects, including alcohol and sugar content, beverage formulation, and the company’s financial health. The plaintiffs also commissioned independent lab tests for sugar and alcohol, and interviewed a Health-Ade distributor regarding potential issues related to refrigeration and cold-chain transportation.

Representatives for Whole Foods did not respond to a request for comment.

This story has been updated from its original version.