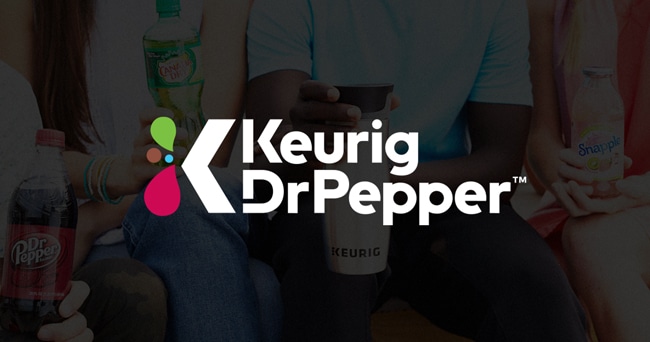 Adjusted pro forma net sales for the company — which is now five quarters in following the completion of the merger between Keurig Green Mountain and Dr Pepper Snapple Group last July — grew 0.5% in the third quarter to $2.87 billion, compared to $2.86 billion last year. Underlying net sales grew 3.1%, driven by an improved volume/mix of 1.5% and net price realization of 1.6%. Operating income increased to $580 million, compared to $345 million in 2018.

In packaged beverage sales, the loss of key allied brands such as Fiji and BodyArmor last year has had a long-lasting impact on the company’s overall sales, leading to a 5.8% headwind in the third quarter.

Speaking with investors during an earnings call, CEO Bob Gamgort said KDP has updated its year-end forecast, predicting that the delayed growth for allied brands will result in headwinds of 200 basis points — up from its projected headwind of 100 basis points at the beginning of the year.

“The ramp up of the new brands in the allied portfolio is progressing slower than expected,” Gamgort said. “The reasons are slightly different for each brand, but in total we see a delayed response in realizing the full growth potential of these brands.”

However, Gamgort said he expects the post-merger issues with the allied brands portfolio to “no longer be a factor in 2020” as the company anticipates a shift “from a headwind to a tailwind” in the fourth quarter. The current allied brands portfolio, he said, reports an annual $350 million in retail consumption and represents 3% of KDP’s total cold beverage sales.

Bai, one of Dr Pepper Snapple Group’s last major acquisitions before the merger with Keurig Green Mountain, has struggled from soft sales over the past year and performed below the category in the quarter. Although the brand has regained distribution that it lost in the second quarter of 2018, Gamgort said the company’s current marketing programs have not given Bai the “lift in velocity” it expected. He noted that KDP is developing new programs and innovations to support growth, which will be announced early next year.

During the call’s Q&A portion, Gamgort noted that Bai still reports more than $500 million in annual sales, but that its recent struggles are due to increased competition in the enhanced water space.

“It’s not as if the brand is falling off the ledge, it’s just not growing at the level that we believe it has the potential to grow,” Gamgort said. “So it’s going to be a combination of renovation on the brand and some innovation that will continue to drive it.”

The company’s coffee systems sector, which includes Keurig and K-Cup products, reported a net sales increase of 1.1% to $1.07 billion. The growth was driven by 3.1% volume/mix but was offset by a lower net price realization of 1.9%.