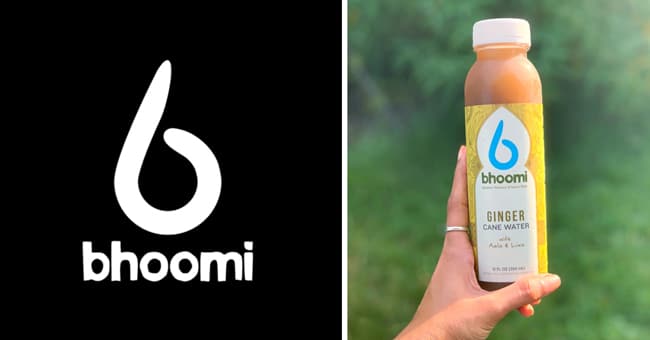 Innumerable sweetened beverages have for decades had to contend with being dismissively called “sugar water.” But for Texas-based startup Bhoomi, the term comes with a sense of pride.

Founded in 2017, Bhoomi produces a line “cane waters” made from cold-pressed sugarcane stalk. Speaking with BevNET, founder and CEO Arpit Bhopalkar said he developed the product after he moved from India to New Orleans in 2013 to attend college. In India, Bhopalkar was an athlete — playing table tennis for the Indian National Team — and sugarcane water was his primary go-to for hydration. In the U.S., however, he found that the product was more or less nonexistent.

According to Bhopalkar, sugarcane water is Low Glycemic Certified and contains complex carbohydrates, sucrose, and natural electrolytes, making it an optimal post-workout recovery beverage. All three SKUs in the line contain 15 g of natural sugar per 12 oz. bottle.

“The U.S. grows a lot of sugar cane, but most of it is going to make refined sugar, which is not good for you,” Bhopalkar told BevNET. “So I thought, ‘let’s give this a try’ and see what people would say.”

Bhopalkar worked with local Louisiana farmers to make the first iteration of Bhoomi, which he sold at farmer’s markets before launching in stores at the end of 2017 with independent restaurants and cafes in New Orleans. He also entered the company into local startup pitch competitions and gained support from local entrepreneurs, allowing him to find a co-packer and raise seed money from friends and family.

Over the past two years, Bhopalkar has been laying the groundwork for future growth. The brand exhibited for the first time at Natural Products Expo West 2019 in March, and has partnered with incubators including Austin, Texas-based SKU Accelerator and New Orleans-based Propeller. Bhoomi is also enrolled in the UNFI Next program.

The products are currently sold in roughly 100 locations throughout the Southwest, including Arkansas, Texas and Louisiana and are set to launch in Southern California next year.

The three SKUs feature herbal and botanical flavors including Ginger + Amla, Moringa + Wheatgrass and Turmeric + Ashwagandha. The line retails for $3.99-4.49 per unit.

But as Bhoomi looks to scale, education remains a hurdle. The brand hits the market at a time where sugar has been routinely branded “public enemy number one” in the media as health groups such as the World Health Organization (WHO) have called for international reductions in sugar intake. CPG trends have seen consumers embrace low-to-no sugar alternatives and the food and beverage industry has tailored to the demand, with even conglomerates such as PepsiCo and The Coca-Cola Company developing innovations around better-for-you and zero sugar.

While there is significant difference between refined sugars and cold-pressed sugarcane, Bhopalkar said that educating consumers and retailers is a necessity. Bhoomi avoids call outs to sugar on its packaging, instead using the term “cane water” and includes information on its website to educate on the product’s health benefits and how the body breaks down complex sugars. The company also presents research papers to consumers at in-store demos and sampling events.

This month, Bhoomi received certification from the Paleo Foundation, which in September released a consensus report on sugarcane juice that affirmed the drink’s health benefits and endorsed the ingredient as “Paleo friendly.”

Bhoomi is also aiming to play up its Indian roots, drawing focus to the functional ingredients in each flavor.

“We are demonstrating the philosophy of ayurveda, which is an ancient Indian system that talks about how plants and herbs can benefit the human body,” he said. “So our SKUs have ingredients like ashwagandha, ginger. We want to make the product more approachable in terms of herbs and spices for the consumers.”

In addition to offering a different perspective on sugar, Bhoomi has also made promoting racial justice and environmental sustainability a core part of its company mission.

Bhoomi director of communications Elora Turner told BevNET that along with raising awareness on racial injustice, the brand has also focused on sustainability and is currently developing new recyclable packaging that will launch next spring.

“Sugarcane, the actual grass stalk, can be a source of good for the world, not only for our health and for our farmers but also as a regenerative crop,” Turner said. “We have this social impact mission and we really believe 2020 is our year.”

The brand also works with African American sugarcane farmers in Louisiana to source its ingredients. The owners of two of its primary partners, Provost Farms and Lewis Farms, are members of Bhoomi’s advisory board.

According to Bhopalkar, African American sugarcane farmers have faced institutionalized racism in the form of discriminatory loan servicing and mistreatment by large sugar mills that has led to black families losing their land and livelihoods. The issue has gained notice in the past year, in part due to recent reporting by The Guardian highlighting the decline of black farmers and difficulties faced by Provost Farms. According to the report, less than 2% of farmers in the United States today are black while even fewer own their own land. In Louisiana, there are only four black families that own farmland — down from 60 in 1983.

While the company is exploring potential ways to increase its financial support of the African American farming community, Bhopalkar noted that Bhoomi’s direct relationship with its partners ensures that they receive 100% of the dollar value for their crops;In contrast, large mills, he said, can take upwards of 40% of profits.

“We want to educate, but also go deeper and evaluate the sugar cane industry and do a 360 degree analysis,” Bhopalkar said. “Why shouldn’t we talk about whole history of sugar to educate consumers on how sugar has changed the world in modern history?”