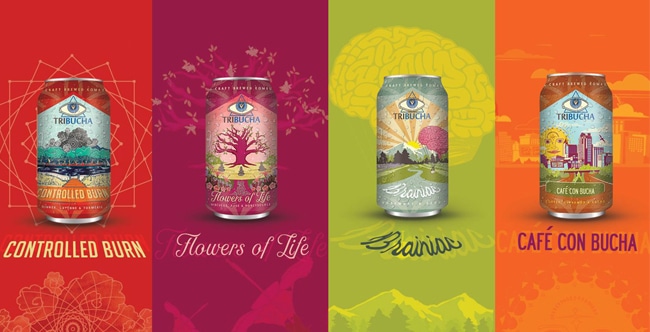 North Carolina-based kombucha maker Tribucha has closed a $1.5 million Series A funding round, the company told BevNET this week. The raise comes as the five-year-old brand, which markets its product in 12 oz cans, plans to expand distribution by more than 600 accounts this year.

Investors in the round include Kathleen and Steve Malik of Blue Ram and Mike Hockenberry of Disruptive Enterprises.

The company, founded in 2014 by Adrian Larrea and Jonathan York, raised a $375,000 seed round in 2016, which included investments from Jim Geikie, former VP and general manager of Burt’s Bees, and venture capitalist David Gardner, both of whom re-invested during the Series A.

According to CEO Paul Pritchard, who joined the company in November, the funds will go towards supporting its expansion strategy. Tribucha plans to make about 15 new hires largely in regional sales and marketing roles, including head of marketing. The company will also purchase new equipment to increase production capacity with a focus on automation technology, continuing an ongoing infrastructure expansion that began last year. Pritchard noted Tribucha is currently doubling its production output about every two months in order to meet demand.

“Two years ago, [the founders] were brewing in 55 gallon kettles,” Pritchard said. “Today we’re in 60 barrel tanks and we have multiple tanks and looking to add more. When you’re spitting out that amount of product three or four days a week and putting that into cans there’s a lot of learning. We are looking at improving the output and maximizing our resources. If you have a plant and you’re only running at 60% capacity, there’s no reason not to run that to 90% or 95% capacity because your costs don’t increase that dramatically.”

Over the past year Tribucha has grown its retail footprint from roughly 100 local accounts to more than 900 stores in 22 states on the East Coast and the Midwest. The brand is available in the Southeast region of Whole Foods and is currently stocked in 12 UNFI warehouses. The brand has also added various independent accounts and chain retailers including Stop & Shop, Lowes, Earth Fare, and Ingles. Tribucha has also signed with KeHE to begin servicing the Texas region.

“Our theory is that if a retailer has the category, [and] if kombucha is in their stores, then we’d love to talk to them,” Pritchard said.

Tribucha is also working to broaden its marketing efforts, including a recent partnership with the North Carolina Football Club, a United Soccer League team, placing banner ads in its Cary, N.C.-based stadium as well as sponsoring various running clubs.

Pritchard said Tribucha also plans to introduce one to two new flavors this year which are projected to launch at Natural Products Expo East in September.

“We’re looking to just continue to have fun, make the best product we possibly can, stay true to our ethos, and partner with anyone who’s willing to partner with us,” Pritchard said.