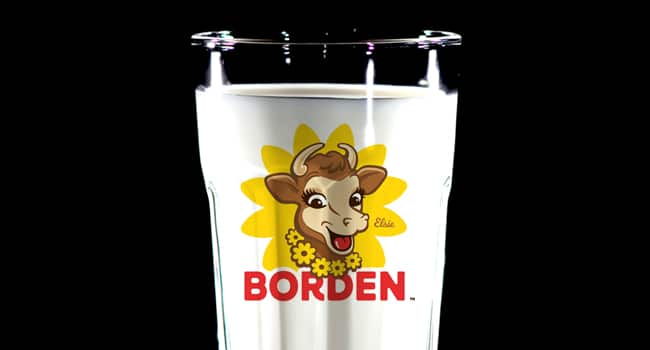 On Sunday, Dallas-based Borden Dairy Co., at one point the world’s largest dairy producer, filed for Chapter 11 bankruptcy protection in U.S. Bankruptcy Court for the District of Delaware. The company, which employs approximately 3,264 full and part-time workers, has estimated liabilities of between $100 million and $500 million, according to the filing.

In a press release, Borden said it plans to “continue operating in the ordinary course of business, under the court’s supervision.”

“Borden is EBITDA-positive and growing, but we must achieve a more viable capital structure,” said Borden CEO Tony Sarsam in the release. “This reorganization will strengthen our position for future prosperity. Over the past 163 years, we have earned the distinction of being one of the most well-recognized and reputable national brands. We remain committed to ‘The Borden Difference,’ which is our promise to be the most service-oriented dairy Company that puts people first.

He added: “We will continue serving our customers, employees and other stakeholders and operating business as usual throughout this process.”

In an affidavit filed this morning, Borden CFO Jason Monaco painted a grim picture of decline across the dairy industry; despite yogurt and cheese enjoying a rise in popularity, Americans simply aren’t drinking as much cow’s milk as they used to. Aggregate consumption of dairy milk has fallen 6% since 2015, with more than 2,000 dairy farms going out of business in the past 16 months alone.

Beyond competition from dairy free milk alternatives, Monaco cited the growth of discount grocery retailers for sharpening competition and squeezing margins. As a major milk supplier, Monaco said, Borden has one of the most extensive DSD operations in the country, with drivers making approximately 54,000 service calls to customers each week. The rising cost of raw milk — up 27% since January 2019 — and the shift towards private label from major retailers also negatively affected the company, Monaco stated.

The largest unsecured claim is from the Central States, Southeast and Southwest Areas Pension Fund for over $33 million. KKR, Franklin Square Holdings and PNC also hold debt in the company from a $275 million loan package issued in July 2017.

Known to U.S. consumers by its “Elsie the Cow” mascot, Borden Dairy Co., founded in 1856 as the New York Condensed Milk Company, grew into a major American conglomerate with interests in food, plastics and chemicals. By the 1980s, it had become the world’s largest dairy operator with sales of over $7.2 billion.

In 1995, Borden was acquired for $2 billion by Kohlberg Kravis Roberts & Co. (KKR), which proceeded to sell off pieces of the company to various buyers. Washington, D.C.-based ACON Dairy Investors, LLC purchased the company in 2017.

Borden’s immediate objective, Monaco said, is to “maintain a business-as-usual atmosphere during the early stages” of bankruptcy in order to minimize any loss of value. In his statement, Sarcasm added that the company had proactively filed motions in order to continue normal day-to-day operations.

“Borden Dairy is a heritage American brand that has been in business since 1857,” Sarsam said. “We have a very tenured workforce of 3,300 people who live and breathe our values of teamwork and creative problem solving, and I am extremely confident and optimistic about our continued success in the future.”