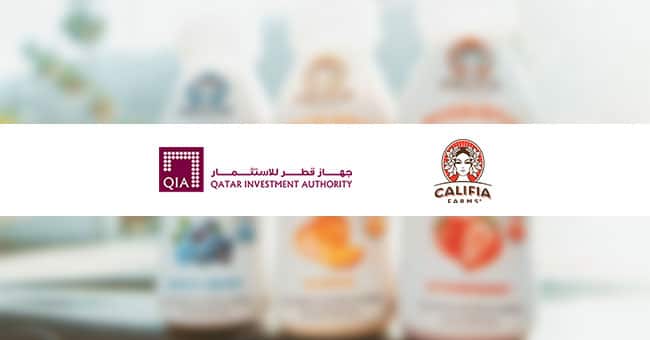 An additional group of international investment groups — including Singapore-based Temasek, Canada-based Claridge and Hong Kong-based Green Monday Ventures — also participated in the round, as did an undisclosed “Latin America based family with significant interests in coffee and consumer products,” according to a press release. Representatives from QIA, Temasek and Claridge have received seats on Califia’s board of directors.

Speaking with BevNET on Monday, Califia founder Greg Steltenpohl framed this round of capital as “clearly facing the future” and aimed at “giving the war chest for tackling what’s to come” in a more competitive, global plant-based category. In contrast, the company’s previous $50 million raise in 2018 was a “catch-up round” aimed at helping it recover from production and expansion challenges, he said.

“It’s really about how the consumer is extending their own demand and viewpoint into what was the mindset of the natural food business in the past,” he said. “It’s more like the mainstream becoming natural rather than us going mainstream.”

Steltenpohl said Califia’s connection with QIA, the sovereign wealth fund for the State of Qatar, came as he and CFO Sandeep Patel were seeking long-term growth partners for the company. The fund, which controls assets valued at over $330 billion, has shifted its strategy in recent years from supporting funds to direct investment in companies. In a June interview with the Financial Times, QIA chairman Sheikh Mohammed, also the country’s foreign minister, noted that the group had increased its attention from Europe to Asia and the U.S., describing the QIA as “opportunistic investors.” The fund’s portfolio includes a wide range of investments, from U.K. retail giants Harrods and Sainsbury’s to U.S. technology firms to French soccer club Paris Saint-Germain.

“Because it’s a fossil fuel energy-based economy in Qatar, they really do understand the limited nature of that life span,” he said. “And because the covering wealth fund is intimately connected to the strategy of the country, they are looking at things like avoiding obesity in the population, at the future beyond their existing energy sources, at diversifying into consumer goods where they haven’t really been before.”

Steltenpohl added that bringing in foreign investors was part of Califia’s international growth strategy, but also a recognition that plant-based diets are a global trend that will continue to grow as a new generation of consumers comes of age. Each one of the new investors, he said, brings a deep understanding of their respective regional markets, a critical strategic asset as Califia seeks to compete with major multinational conglomerates that have stepped up their interests in plant-based foods, such as Danone.

“Following where the consumer is leading the charge in their demand for dairy-free beverages and plant-based foods, you’ve got to tackle that with some knowledge of these markets locally,” he said. “I would say that we try to design our investor base so we have a broader and longer-term outlook than just conventional domestic private equity.”

Over the years, rapid innovation has been one of Califia’s strongest assets; having started with almond milk, the company has since moved into coffee, non-dairy yogurt drinks, and other plant-based milks and creamers. Over the last year, the brand has shifted its attention towards oats, launching a line of milks and creamers, as well as ready-to-drink cold brew oat milk lattes in 7 oz. cans. Steltenpohl said that push towards developing “an overall oat platform” will continue as both a pure-play and as an ingredient in other products.

Califia’s founder said the new funding will in part be directed towards supporting product R&D, with an eye towards developing products that are taste-accessible to a wide range of consumers. Yet he also indicated that the brand may narrow its scope.

“You’ll probably see us do even more focusing, meaning leaning into the products that we know are really working,” he said. “As we have gotten larger, we really see the value of focusing on what works and meeting the consumer where the current demand is,” he said.

For Steltenpohl, now in his 40th year as an entrepreneur, the financing round brings Califia, founded in 2010, into a new phase of global expansion within a plant-based beverage market expected to reach $19.67 billion by 2023, according to Markets & Markets. The deal is also likely to spark fresh speculation over a potential future initial public offering for the brand, particularly after the eye-catching valuations for plant-based meat brands Beyond Meat and Impossible Foods last year.

“It used to be that the visionaries were pushing the agenda,” he said. “Now we are more keeping up with the consumer, and that’s such an amazing turnabout for me as an entrepreneur.”