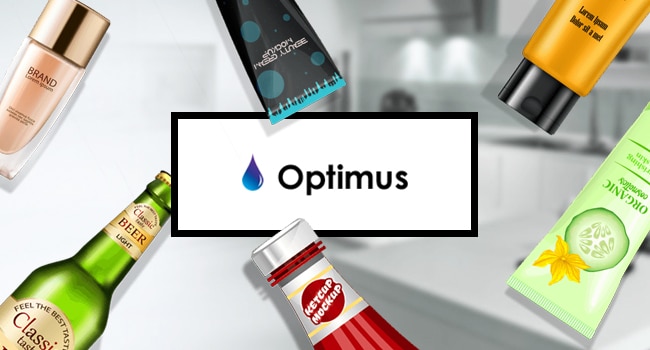 Facing several lawsuits from former customers accusing him and his business partner of fraud, Prabhath Kasaraneni, the owner of Texas-based copacker Optimus Fulfill, has filed for bankruptcy, placing his company and assets up for liquidation.

According to court documents, Kasaraneni and his wife Bindumadhuri Arla filed for Chapter 7 bankruptcy on December 13, 2019 in the United States Bankruptcy Court for the Northern District of Texas, reporting $4.4 million in total liabilities against $2.9 million of owned assets. According to the filing, Kasareneni is the sole proprietor of Optimus Fulfill and Optimus Technologies, LLC.

Founded in 2017, Optimus Fulfill offered turnkey manufacturing and packaging services for food and beverage products, as well as services for perfumes and cosmetic items, according to the company’s website.

Several beverage entrepreneurs and former customers of Optimus Fulfill told BevNET they were alarmed by the company’s operations, citing inexperienced staff and a lack of communication from management. As well, some brands said they were defrauded by the company, paying full price for product runs but receiving a fraction of their order.

Rachael Young, founder and CEO of Texas-based yaupon beverage maker YAYAYA, said she approached Optimus Fulfill for an order in April 2019, ahead of the brand’s launch into Central Market stores that spring. Young said she was initially impressed by what appeared to be a large, state-of-the-art facility, but grew concerned when she saw first-hand that the personnel in charge of her production run were inexperienced and mishandled the materials.

Young said she attempted to enforce proper practices (among other issues, she said, was a hot product line left out on the floor and not placed in a cooler) but was later locked out of the premises.

After production, Young said it should have taken a little over a week to receive her product, but it took over three, with management being unavailable by phone, text and email. When Optimus finally released the drinks, they were placed on a truck without a bill of lading or bottle count and missing two SKUs. Young said she also never received her processes or process authority letters.

“It was so many major red flags,” Young told BevNET. “Someone can screw something up here and there and it could be a big problem, but you can deal with it. This was so many things, my eyes were wide open.”

Young said the run forced her to scale back growth plans in order to conserve product and limited her ability to find pre-seed investors.

“I had a little bit of money, but with the loss of sales I couldn’t show the metrics everyone wanted to see,” she said. “If it had gone right I could have shown the metrics.”

Chris Wirth, president and CEO of American Cocktail Co. (formerly American Juice Company), said he met Kasaraneni, who would also go by the name “PK,” at the Natural Products Expo East 2018 trade show in Baltimore, Maryland. The New York-based company had been looking for a co-packer to service its private label business and Wirth said discussions with Kasaraneni and his business partner Aloke Mishra, as well as a good price and a positive site visit, gave him confidence to order a production run in summer 2019.

Wirth said he noticed some early red flags: Optimus was using Microsoft Excel to keep track of its supply chain rather than enterprise resource planning (ERP) software and production samples appeared with crooked labels and in broken bottles.

Despite moving forward with the contract, production on the line never began and, like Young, Wirth was often met with radio silence when attempting to reach Optimus’ management. In the instances when Optimus did respond, he said, the company was defiant, at one point claiming the facility had flooded due to torrential rain the night before, despite weather reports showing no rain at all.

“They kept making excuses to the point where trucks were showing up to pick up, but they didn’t have anything to put on the trucks,” Wirth said.

While American Cocktail Co. was able to locate an alternative facility in the Southwest and move its production rapidly, Optimus never refunded its payment.

“I’d never been in this situation before and hearing people tell you and reassure you ‘everything’s okay, everything’s good’ then when the rubber hits the road and things fall apart it’s quite concerning,” he said.

The filing caps a year of mounting lawsuits by and against Optimus Fulfill, Kasaraneni and his business partner Aloke Mishra. Court documents indicate that Mishra would frequently present himself as a co-owner, although it is not clear if he ever had a formal stake in the company. 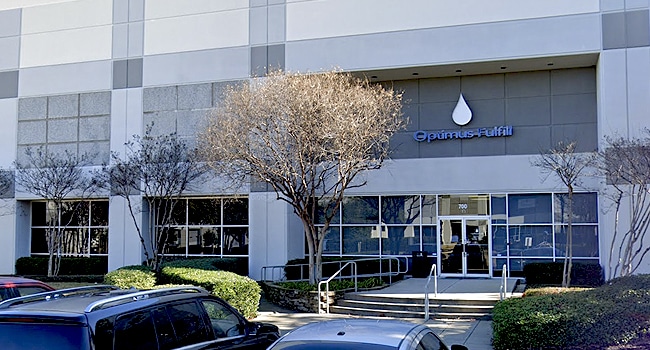 A Series of Lawsuits

In addition to beverage brands, a review of court documents revealed that Optimus Fulfill has been sued by several suppliers and manufacturers over the past year.

In May, Optimus Fulfill filed suit in the County Court of Dallas County, Texas against equipment moving and assembling company R-Tex Services, alleging the firm of breach of contract, negligence and deceptive trade practices. According to the complaint, R-Tex was hired in January 2019 to move bottling machinery and conveyor belts to Optimus’ facility in Coppell, Texas, but failed to complete the project and sent an invoice for $285,000 — nearly double the quoted price of $150,000. The complaint also states that R-Tex did significant damage to Optimus’ facility and equipment.

But in a counterclaim filed in September, R-Tex claimed that it was Optimus that breached the agreement by failing to pay for labor and materials. The company also asserted that Optimus’ property “was not fully ready” to install the conveyor lines and that “the plumbing and electrical conduit lines were not yet installed.” After delays, R-Tex said it agreed to perform the installation work and based on time and material costs billed Optimus for $285,000 for which it was never paid.

Reached by phone, an operator at R-Tex said the company had initially sued Optimus last year for unpaid bills and that Optimus’ lawsuit was made in response. Representatives for R-Tex did not return a call for further comment.

Bell had been AGS’ longtime VP of sales and marketing and was tasked with ensuring that Optimus agreed to a standard confidentiality agreement, which was signed in January. But a month later in February, Bell suddenly resigned his role with AGS and in March took a VP of sales position with Optimus. According to the court document, AGS quickly discovered it was missing “numerous business records.” Several months later, around April or May, Mishra began reaching out to AGS’ clients, including Menper Distributors, Inc. and Suero Oral, Inc., convincing them to end their business with AGS and work directly with Optimus. Mishra also spoke to supermarket chain H-E-B, and successfully convinced the retailer to drop its business with AGS in order to buy from Optimus. The suit alleges Bell worked with Mishra to contact his old clients.

Reached by BevNET, Bell said he “strongly” denied all claims made against him in the complaint, but said the allegations against Mishra were accurate and noted that he felt duped by Mishra and Kasaraneni, calling them “absolute fraudsters.”

Bell said that Mishra falsely presented himself as a co-owner of Optimus to clients, including Bell, and went as far as to seek out loans and offer shares in the company.

“Their behavior was disgraceful,” Bell told BevNET. “It caught everyone off guard, but it was very unethical behavior.”

Chris Wirth noted that Mishra told him he had experience in global supply chain and previously worked with watch brand Fossil. According to a LinkedIn profile, Mishra is the president of supply chain firm Chain Brain LLC and has also held positions at Nokia and IBM Global Business Services.

A representative for AGS Labs declined to comment for this story citing ongoing litigation.

A phone number for Mishra provided to BevNET had been disconnected. BevNET has reached out to Mishra over social media but has not received a response.

In January 2019, Rocky Mountain High Brands entered into a five-year co-packing agreement with Optimus Fulfill to manufacture a line of CBD-infused beverages for the Mexican market. According to a lawsuit filed in October in the District Court of Dallas County, Texas, Rocky Mountain High paid Optimus a deposit of $156,000 to manufacture product, but then quickly realized that Optimus was incapable of producing the line and pulled out of the agreement, losing its deposit in the process.

Speaking to BevNET, David Seeberger, attorney for Rocky Mountain High Brands, said he had negotiated the agreement but felt that Kasaraneni and Mishra had “not been forthright” about Optimus’ capabilities. Although the company did recover about $25,000 from the deposit, he said Kasaraneni’s bankruptcy filing means it is likely that the lawsuit will be dismissed and that Rocky Mountain High may only recover about $10-15,000 of the $130,000 it is owed.

“Frankly, I was surprised they filed [for bankruptcy], I thought PK was trying,” Seeberger said. “There’s been a huge explosion of demand for canned drinks recently, that’s probably why PK wanted to open up the place. But co-packing is a heavy capital outlet. It’s very expensive.”

An email sent by BevNET to Optimus Fulfill’s company address bounced back and phone calls to its office were unanswered.

Young, of YAYAYA, said she has brought on a new business partner and her brand is working to recover lost traction. She said YAYAYA is set to launch in 47 Whole Foods stores in March.