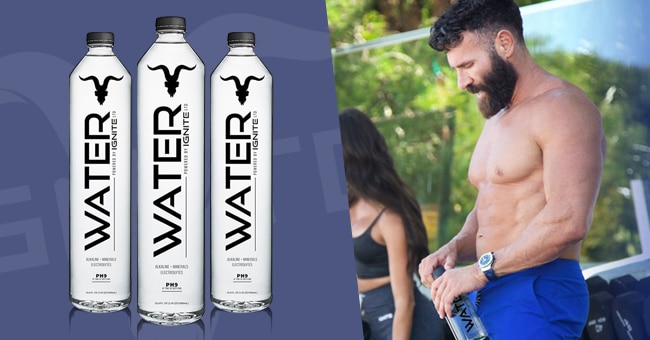 As his 30.3 million Instagram followers can attest, Dan Bilzerian knows how to generate attention.

The 39-year-old Tampa native, appointed the “King of Instagram” by his legion of fans, is a modern social media icon, giving his audience a taste of his globe-trotting playboy lifestyle one post at a time: think private jets, yacht parties in Monaco and an ever-revolving posse of young female companions. Having in recent years begun leveraging his celebrity to launch several business ventures, he’s now turned his attention to the beverage industry with Ignite Beverages, which this spring will debut its first non-alcoholic products: an alkaline water, labeled as “Water Powered by IGNITE,” and a nootropic-infused performance energy drink called ZRO by IGNITE.

“There is a financial opportunity to align our brand with categories of products that we know our core audience enjoys,” Bilzerian said in an email. “I like making money and when you consider the advanced products we are developing…..this is a no brainer.”

Non-alcoholic beverage is the latest in a range of product types that Bilzerian is exploring through his company, Ignite Brands International. In 2018, he co-founded Ignite Cannabis Co., which markets THC products in licensed adult use dispensaries as well as CBD products including oils, edibles, balms and vape pens. In the first six-months of 2019, Ignite generated revenues of $3.6 million, mainly from U.S.-based sales of CBD. Under the umbrella of Ignite Corporation, Bilzerian also operates several other brands, including a vodka label (also called Ignite) and a men’s skin care brand, Alastair.

Ignite’s alkaline water, which has a pH of 9 and is also enhanced with electrolytes and minerals, will launch in one liter bottles, with a 16.9 oz. format also in the works. The suggested retail price will be $2.29 each. 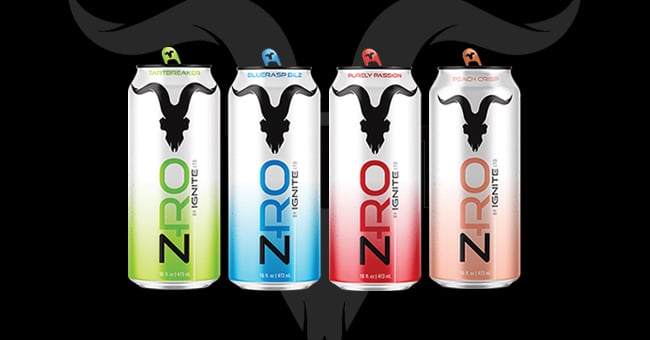 Along with water, Ignite will introduce ZRO, a line of sugar-free performance energy drinks, next month, with the aim of launching at the Arnold Sports Festival in Columbus, Ohio, on March 5-8. The four-SKU line — available in Bluerasp Bilz, Peach Crisp, Tartbreaker and Purely Passion — will seed in the sports nutrition channel likely starting in April, but is designed to appeal to a wider audience, including gamers. Each contains branded ingredients aimed at improving cognition and focus — Alphasize Alpha GPC 100 (300 mg), I-Tyrosine (250 mg) and AMATEA (150 mg) among them — that will be listed on the ingredient label with their respective dosage, a move aimed at promoting transparency.

“I saw a trend of people being tired of proprietary blends, which is a glorified way of telling you that the product is not going to give you enough of anything, but you’re not going to know what’s in it,” said Ignite Beverages president James Gracely. “We are using a full dose of Alphasize Alpha GPC for nootropic function. We are giving you real ingredients but not hiding behind a proprietary blend. It’s fully disclosed.”

Ahead of launch, the brand is aiming to build long-term relationships in DSD; Ignite and Bilzerian have been flying potential distributors out to Las Vegas for parties in recent weeks, including a Valentine’s Day event taking place tomorrow. With recent distribution changes at Monster and Red Bull having opened up gaps in suppliers’ energy drink portfolios, Gracely noted that Ignite is positioning itself as a stable partner that can help a distributor grow within the burgeoning performance energy set, alongside the likes of Reign, C4, Bang and A-Shoc.

“This industry needs to go back to the way it was when distributors believed in a brand, they knew they were going to keep it, and they got behind it,” he said. “We’re bringing that back. We’re not going to be behind a desk dictating policy — we are going to be in the streets and in those stores.”

As expected, Ignite’s marketing and promotional presence will be mainly on social media, where, according to the brand’s website, 1.4 million millennials directly engage with each post Bilzerian publishes on Instagram.

“Social media is a crucial part of my lifestyle and IGNITE’S ability to communicate our message, products, and our branded lifestyle,” he wrote. “The access we provide our followers to our brand is a huge part of IGNITE’s advantage and social media will continue to be a big part of our future strategy.”