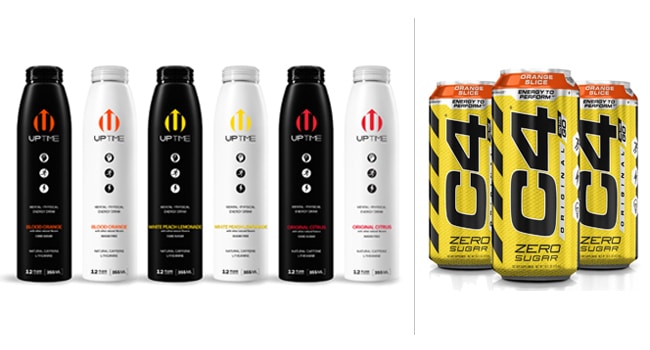 Just days after announcing the departure of Monster Energy from its portfolio, New York distributor Big Geyser is using the exit as a springboard to jump start a new phase in its category strategy.

The shift comes after Big Geyser CEO Jerry Reda confirmed earlier this week the dissolution of the distributor’s contract with Monster after a seven-plus year run. Following Monster’s recent shift to Coca-Cola franchised distributors in other territories, Big Geyser was the last independent DSD house still carrying the brand’s products. But now the energy maker will pass over to Philadelphia-based Liberty Coca-Cola, which has also taken on other Coke brands, such as Honest Tea and vitaminwater, which have also left Big Geyser as part of the soda giant’s years-long refranchising of its national bottling network. Members of the Monster sales team were present at Big Geyser’s Manhattan retailer show last week, showing off new Swiss Chocolate and Ultra Paradise SKUs, but today is the last day Monster products will be on trucks.

While a confidentiality agreement prevented him from discussing the details of Monster’s exit, Reda said he had “nothing but positive comments” for the brand.

“[President] Rodney [Sacks], [vice chairman] Hilton [Schlosberg] and [president of the Americas] Emelie [Tirre] handled it in a professional and courteous manner and we wish them good luck,” he said.

“We think that they are all very different brands, and we’ve proven that we can bring other brands to the same category simultaneously,” Reda said, referencing the distributors’ experience working with waters like Essentia, Core and Hint. “They are all well-funded entrepreneurial companies with a unique point of view.”

In addition to the new drinks, Reda also announced a new product under the Hal’s New York trademark: Hal’s New York Kettle Chips. He told BevNET the chip line was developed to fill a gap in its snack portfolio after Deep River Snacks exited the distributor after its acquisition by Wise Snacks. He said the line will seek to build off consumer awareness of the Hal’s brand of flavored seltzers. 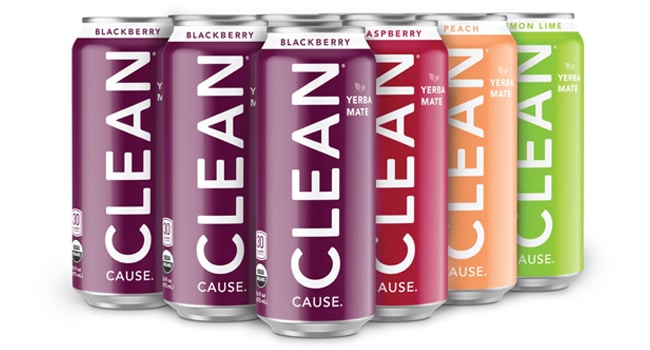 Organic sparkling yerba mate maker Clean Cause is aiming to take its mission nationwide, having raised $3.75 million while building out a DSD network on the West and East Coasts.

According to founder and CEO Wes Hurt, the Austin, Texas-based company is projecting to add 1,600 chain stores over the next few months and hit an eight-digit revenue by the end of 2019. Clean, launched its current line in January 2018, donates 50 percent of its profits to drug and alcohol addiction recovery programs.

Hurt told BevNET Clean Cause will add new accounts including Whole Foods Northeast region, multiple Safeway divisions, Fred Meyer, Raley’s and Natural Grocers. The brand is also sold in regional West Coast chains including Nugget Markets and New Seasons Market. Hurt said the projects it will be in more than 7,500 accounts by the end of the third quarter.

Since the fourth quarter of last year, Clean Cause has added new distribution partners across the country including John Lenore & Company in San Diego, Morris Distributing in San Francisco, Rainforest Distribution in New York, Los Angeles Distributing, Columbia Distributing in the Pacific Northwest, and New Age Beverage in Colorado.

Hurt noted that the company has benefited from Guayaki’s shift to a self-distribution model, as Clean Cause offers distributors an adjacent yerba mate-based product to “fill the void” left by the category leader’s absence. While consumers of the West Coast are largely familiar with yerba mate, Hurt acknowledged a need to expand consumer education on the East Coast.

“We decided not to reinvent the wheel, but to slightly redesign it,” Hurt said. “Following Guayaki’s lead, and knowing they spent the last 15 years on the West Coast building brand and category awareness, it’s difficult to sell yerba mate on the East Coast. People don’t know what it is. But up and down the West Coast we can really be that more natural and clean energy source.”

The company is also closing a $3.75 million funding round, with additional funding to be confirmed in the coming weeks. Investors were not disclosed, but Hurt noted the equity round is a mix of institutional and angel investors.

“We’re gaining distribution, retailers are liking it, we’re seeing growth and interest in the category, we’ve raised money, and we’re coming into season so it’s time to rock and roll,” he said. 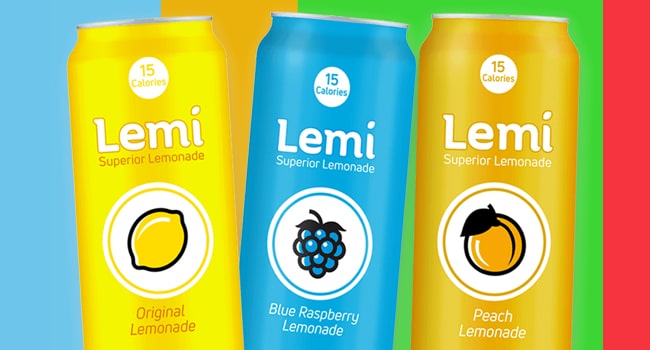 Low calorie lemonade startup LEMI is on pace to grow its retail footprint to 25 states by its one-year launch anniversary on June 1, founder and president Bill Stineman told BevNET this week.

Stineman, a veteran of the lemonade category, said the brand began in order to offer a good tasting, low sugar alternative to the typically indulgent lemonade category. Funded with friends and family investments, the brand has quickly found distribution in the convenience and grocery channels, adding more than 5,000 locations over the past two months, including 1,800 Casey’s General Stores, 350 Kum and Go stores, 125 Terrible Herbst locations, and 145 Kroger accounts in Wisconsin and Illinois.

Over the past four months, Stineman said, LEMI has built out its distribution network through the Anheuser-Busch and MillerCoors networks, adding AB aligned Wisconsin Distributors, Lake Shore Beverage in Illinois, and the company’s entire Alabama network, as well as Miller aligned Maine Pine State Distributing and Bonanza Beverage in Nevada. The company is also serviced by Romer Beverage in Arizona, and is in the process of launching Southern California with ACE Beverage, Straub Distributing, and Pacific Beverage.

Ten months after its acquisition by All Market Inc., clean energy brand Runa has signed a nationwide distribution partnership with Keurig Dr Pepper (KDP). KDP, which also distributes All Market’s flagship brand Vita Coco, will work to expand Runa’s presence outside of the natural and specialty channels by targeting convenience, mass, grocery, and drug accounts.

“We are excited to partner with Runa to accelerate the growth of this brand, which provides KDP a truly exceptional product in the energy drink category,” said Rodger Collins, KDP’s president of direct store delivery, in a press release. “Our expansive DSD network and ability to excel at in-store execution combined with AMI’s marketing capabilities and large, dedicated sales organization is a proven winner.”