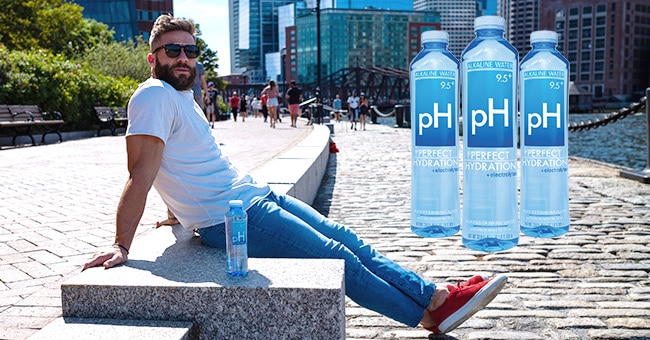 New England Patriots receiver Julian Edelman has invested in alkaline water brand Perfect Hydration, the company has revealed. Financial details of the deal were not disclosed.

Edelman, a three-time Super Bowl champion, initially partnered with Perfect Hydration as a brand ambassador in June. Speaking with BevNET in January, the wide receiver said he has “always been an advocate of alkaline water,” which he credited with helping him recover quicker from workouts and games. Having watched the brand develop and “finding [founders] who did it the right way,” he said, motivated him to come onboard as an investor.

“It’s a lifestyle choice when you drink a water like Perfect Hydration,” said Edelman. “With technology and knowledge these days, hydration is such a key part of all athletes’ lives that it’s great to have a water which you have an interest in and that you believe can help you.”

Edelman did not provide specific details on his role as a brand ambassador, but noted that he was going to start doing promotion, including billboards, “regionally in Boston,” where he has lived since being selected by the Patriots in the 2009 NFL Draft.

Launched in 2016, Los Angeles-based Perfect Hydration is a division of The Stratus Group, which also operates KOE Kombucha. In September, the company brought in several executives with experience in the water category to help guide it towards its goal of doubling sales year-over-year. The brand is sold in 10,000 locations nationwide in one liter PET bottles.

Alkaline water, defined as having a pH of above 7, has been a major growth driver of premium bottled water over the last decade, fueled by brands like Evian, Essentia and CORE Hydration. U.S. sales of enhanced waters – which include nutrient, electrolyte, alkaline and oxygenated waters – grew 12.9 percent over the past year, according to SPINS. Of those, alkaline water posted the second-largest increase in sales, growing 37.5 percent to approximately $252.6 million.

Within the Patriots’ locker room, Edelman said Perfect Hydration has received a positive response from his teammates, some of whom have begun asking him to supply them with water.

“It’s a relationship that guys try to take advantage of because they can see the results and because they love the taste,” he said.