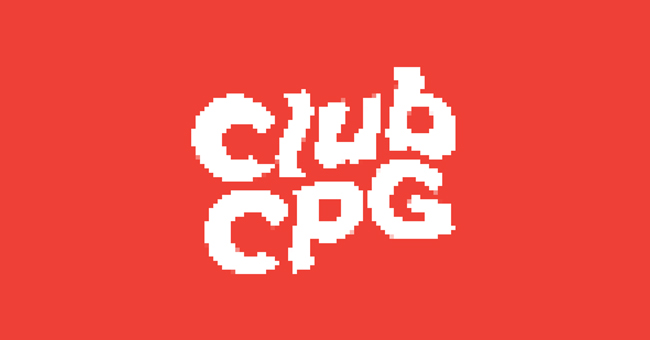 The emergence of non-fungible tokens (NFTs) as a tradable digital resource has been among the most notable innovations in finance and the art world this year, but the cryptocurrency-driven trend has yet to make a major impact on the physically-bound CPG world. Now, digital company Club CPG is hoping to change that with the launch of a new platform, Crypto Packaged Goods.

Founded by venture capitalists Jaime Schmidt and Chris Cantino, Club CPG has minted 250 NFTs in 11 different designs which can be purchased on OpenSea, an online marketplace for NFTs which trades using cryptocurrency Ethereum.

While most NFTs are akin to digital artworks with little interactive potential, Club CPG’s tokens function as tickets to gain access to the core product — an exclusive chat channel on the secure messaging app Telegram whose membership includes CPG industry veterans, investors and startup founders. Each of the 11 designs were created by Cantino and modeled after different consumer products, including beverages, snacks, hygiene products and cleaning supplies.

“We’ve been diving down the crypto and Web3 rabbit hole over the last several months, just kind of paying attention to what’s trending, because we think there’s been very few people at the intersection of consumer and crypto exploring what it could look like for brands to utilize NFT’s in the space to build brand communities,” Cantino said. “So we wanted to make a project and have it come to life for people that are in the industry.”

Schmidt and Cantino are the co-founders of investment firm Color Capital, which has backed brands including Ugly, Recess and Haus. However, Club CPG is a separate entity and not connected to Color. Schmidt previously founded and served as CEO of deodorant brand Schmidt’s Naturals (acquired by Unilever in 2017) where Cantino was CMO from 2010 until 2018.

Club CPG began last year as a community group on audio-based social networking app Clubhouse, in which Color Capital is an investor, and has now grown to include over 45,000 members who participate in regularly scheduled chatrooms. The Clubhouse discussions were frequently tailored around current events in the CPG industry and would feature interviews with leaders in the space and earlier this year the group launched an open server on messaging app Discord.

Now, Crypto Packaged Goods moves the conversation to Telegram, which Cantino said will provide a more exclusive experience but also provides regular networking, connecting entrepreneurs to investors and potential hires, and giving them direct access to a group of experts willing to offer business advice on a daily basis.

Of the 250 minted tokens, 100 were given to a list of 50 “CPG mentors” — including Foodstirs CEO Greg Fleishman, Islands CEO Tiffany Zhong and Bosshard Financial Group co-owner Nate Bosshard — who Schmidt and Cantino knew through the Clubhouse chats and considered pivotal members. Each mentor (who are listed in full on the company’s website) received two tokens at launch — one for their personal use and one to be gifted to a person of their choosing. The remaining tokens are available to the public for purchase.

According to Schmidt and Cantino, the tokens are intended to fluctuate in value based on market demand and their owners are free to sell or trade them. At the time of publication they cost between 2 ethereum ($5,993) to 3.9 ethereum ($11,687), although the rapidly shifting price of cryptocurrencies means the tokens’ dollar value could vary by the hour. Cantino noted this also benefits the Club CPG platform as users will be more incentivized to participate, therefore adding value to being a member and driving the price of tokens higher.

“With a lot of communities, before NFTs, you would buy-in or pay your price of membership and then sort of be stuck with it, whether you liked it or not,” Schmidt said. “But with our project, if it’s not the right fit for you, then you take it to market and you sell it, make a little money off it and transfer ownership to the next person.”

But Club CPG is not looking to profit off of the sale of its tokens: 100% of profits from public sale are donated to Project Potluck, a nonprofit organization that supports CPG startups owned and operated by people of color.

As well, Club CPG intends to launch a special purpose vehicle (SPV) next year to invest in CPG and crypto startups, Schmidt said.

NFTs were invented in 2014, but entered the public spotlight over the past year as artists began selling tokens at high values. Each NFT is a specially minted digital asset that can be traded for Ethereum and is coded to have a unique digital fingerprint that serves as a certificate of authenticity to its owner. According to a report from NonFungible.com, the NFT market more than tripled in 2020 to $250 million and the market has since expanded exponentially with more than $200 million being spent on tokens in the first three months of 2021 alone as musicians such as Grimes, 3LAU and Kings of Leon began selling NFTs for seven and eight-figure dollar values.

Marrying the digital frontier with the physical realm of CPG has not been a clear cut process. Blockchain technology has proven useful for managing supply chains and, within the food and beverage sector, has been adopted by coffee producers to provide full ingredient transparency to consumers via QR codes.

Combining CPG and crypto, however, has been trickier — though not untried. Startup Doge Cola, announced last month a soft drink launch tied to a “meme” cryptocurrency release. However, the currency appears to be the primary focus for the company with an actual beverage only planned to go to market after the brand achieves success as a coin, per its website. Other brands have turned to NFTs as a promotional item: last month Bacardi partnered with photographer Cam Kirk for an NFT release and G Fuel announced a giveaway for a line of “virtual flavors.”

But at Club CPG, Schmidt and Cantino said they want to help educate entrepreneurs and investors on opportunities within the space and find new ways to bridge the two industries.

“People can buy into this project knowing that they’re going to get value immediately,” Cantino said. “A lot of other NFTs are just about speculative trading of assets — it’s like those are a promise of potential future benefit…. It’s kind of like an extractive model that leans on the community to pump the asset, whereas our project is more about ‘come in, get immediate value from these mentors ask direct questions, get answers, make introductions.’”

NFTs have also attracted their share of scrutiny since the market began receiving mainstream attention, with critics noting that the race to mint and sell NFTs has resulted in many users losing money on unsold tokens while others in the art world have suggested that the purchase of tokens amount to little more than “bragging rights” as ownership does not grant the holder copyright control or a physical object.

Schmidt said she hopes Club CPG can help legitimize the NFT market, and attaching founders’ names and a tangible benefit to the sale of tokens will ideally help more people feel comfortable getting involved.

“Some of these NFT projects come out under no name, they’re anonymous and we never know who’s behind them,” Schmidt said. “Chris and I are very much at the front of this and proud to be in, so I think that’s been a safe way for people to jump in and explore the NFT space who otherwise might have been a little apprehensive.”

But a more pressing issue for NFTs and crypto writ-large has been controversy over their purported environmental impact. Blockchain transactions through Ethereum, Bitcoin and other platforms utilize intense amounts of energy in order to produce secure codes that ensure transactions are legitimate, and as Ethereum and NFTs take off the power usage has achieved a hockey-stick growth line. A tracker from activist website Digiconomist suggests that Ethereum’s annual electrical energy consumption is now on par with the country of Bangladesh and has a carbon footprint roughly equal to that of New Zealand. Meanwhile a single transaction is equivalent to about six days of power usage in the average U.S. household.

As consumer concern for sustainability increases, CPG brands large and small have adopted environmental missions and embraced recyclable packaging to reduce their carbon footprint. While NFTs appear to be at odds with consumer trends, Cantino said many in the crypto community are now working to solve the issue and significantly reduce energy usage, with one solution being the elimination or reduction of processing fees to make transactions.

“It’s going to be growing pains for a long time while brands figure this out and the energy implications get dealt with,” Cantino said. “But if you think about the earliest innovators in solar [power], investors back then thought it was a waste of money — ‘It’s never gonna work.’ Now today it’s one of the biggest alternative energy industries in the world…. It’s gonna be painful to get over that hump, but once you’re on the other side, the benefits are just 10 times what you could ever imagine.”