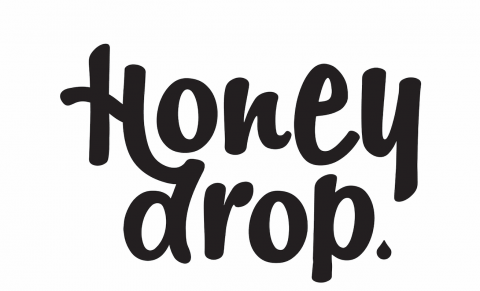 Malibu, Calif. – Honeydrop, the original cold pressed lemonade offering consumers the health benefits of raw honey, is now moving into the lifestyle space with an expansion of the team, as well as a strategy with an entertainment industry focus. In addition to the expansion of their current beverage lines in 2021 to multiple categories (including supplements, beauty, and merch), Honeydrop has plans to infuse new product into all verticals of the entertainment industry with the help of their new board member and Creative Director of Media Production, Lane Cheek.

The company’s board and Founder, David Luks, has also recently appointed former Honeydrop CMO, Andy Lorig, as President and CEO of the company. When it comes to marketing, Lorig has always had a different approach, “Dynamic projects and campaigns are at the core of the brand. We want to create change and have fun doing it along the way. Life is a celebration – this message is infused in all of our projects and we want people to be able to feel that energy.”

As Creative Director of Media Production, Lane Cheek’s main focus will be on bringing her entertainment, content development, and marketing background to the board. With a recent move of headquarters from the East Coast to Malibu, this is the first phase of the company’s brand development and growth into the new year.

Lorig and Cheek first met organically through their interest in content creation as well as their involvement with the charities that Honeydrop supports. Right away Cheek noticed that Honeydrop is a brand that takes the extra step, “Our entire world is shifting in terms of marketing, especially with the next generation. With Honeydrop expanding into wardrobe and beauty, the options are endless. The product speaks for itself on top of it all and we’re now thinking at a larger scale. There’s also an aspect around the brand that is focused on content creation, and we have so many talented friends of the brand that to be able to collaborate with them is the natural next step,” says Cheek.

In addition to the roll out of beauty and wellness products set to launch this spring, Honeydrop will continue to support their charitable initiative Save the Bees and Life Camp, a community-led gun violence intervention and prevention organization based in Queens, NY.

Honeydrop is a fun, active lifestyle brand made with the highest quality ingredients with the goal of supporting your healthy lifestyle while trying to leave the planet a better place than how we found it. Honeydrop’s cold-pressed lemonades are never heated, made with just a drop of raw honey, and contain just 4g of sugar & 16 calories per bottle. Our fresh pressed lemons provide Vitamin C in every bottle while our functional ingredients like Turmeric, Passionfruit, Lavender all provide added benefits. Additionally, we support our most important partner, the bee population, by providing funds from every bottle purchased to build new beehives in an effort to fight colony collapse disorder.

Lane is a film and TV producer and writer. She began her career as one of the youngest members of IATSE working in Set Design, Art Coordinating, and Assistant Prop Master for shows like “Modern Family”, “The Vampire Diaries” and “The Bachelor”.  She recently produced the show, “License to Kill”, and the environmental documentary, “Our Planet 360”. She recently finished principle photography on a drama feature that shot in LA during the pandemic, is currently in pre-production on a comedy heist feature set to shoot in California this coming spring and co-wrote a rom-com feature that she is producing with Resonate Entertainment. She serves as a judge at the Mammoth Film Festival and resides in Los Angeles.