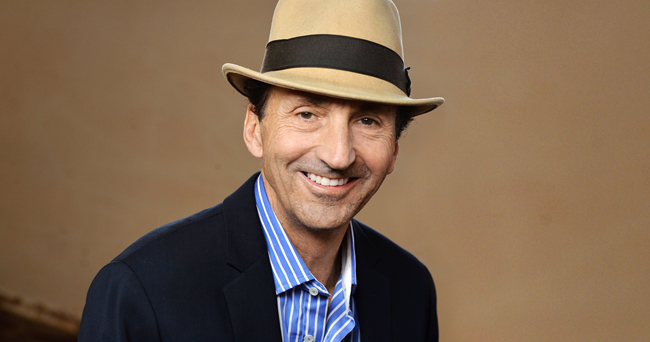 Greg Steltenpohl, a natural food and beverage pioneer and entrepreneur who emerged as a leading voice in the plant-based movement over the course of more than 40 years in the business, has died. He was 67.

In September, Steltenpohl had left his position as CEO of Califia Farms, which he’d started in 2010, although he remained a board member and guiding voice.

“It is with a heavy heart we share the news of the passing of our company’s founder, Greg Steltenpohl,” the company said in a statement. “He built the Califia Farms brand from the ground up with a passion for nourishing people and the planet. Greg touched so many lives on his plant-fueled journey to make the world a healthier place. He will be profoundly missed. We tip our hats to our visionary founder.”

Steltenpohl’s career path was unconventional: a former jazz saxophonist, the San Francisco native began his journey as an entrepreneur in 1980 by selling drinks around the city from the back of his band’s van. That business turned into Odwalla, a pioneering brand in the development of the premium refrigerated juice category, which Steltenpohl helped lead before it was eventually sold to The Coca-Cola Company in 2001.

His second act came with Califia Farms in 2012. While continuing Steltenpohl’s passion for healthy natural drinks, including juices, the brand quickly evolved into an all-encompassing player in ready-to-drink coffee and plant-based beverages, with a focus on non-dairy milks. Along with emphasizing the quality of its ingredients and nutrition, Steltenpohl made environmental sustainability and ethical sourcing two pillars of the brand, with the goal of operating its Bakersfield, California production facility exclusively through renewable energy by 2020.

Under Steltenpohl’s leadership, Califia emerged as a leading brand in the plant-based milk category. As it scaled, the brand attracted a wide range of investors, culminating in a $225 million Series D funding round last summer led by the Qatar Investment Authority at a valuation of $5 billion.

“Greg’s magnetic personality impelled people to move and follow him; the pied piper in a fedora,” said Ken Sadowsky, a former board advisor to Califia Farms. “His inspirational perspectives were led by a musical muse, at times, which made him an irreplaceable voice to this industry and life in general. To say he will be missed is an understatement and a trite cliche. It just doesn’t do him justice. He was a unique breath of innovative air.”