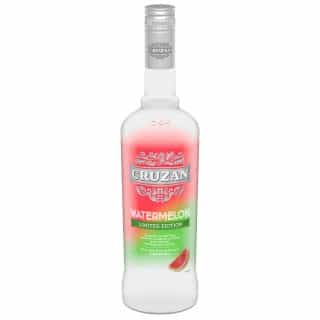 CHICAGO— Cruzan Rum is proud to announce the addition of a limited-edition Cruzan Watermelon Rum to its portfolio of premium, flavored rums. Available nationally, this refreshing new flavor is the perfect addition to anyone’s bar cart this summer, as it offers the mouthwatering taste of a juicy watermelon.

“We are excited to release Cruzan Watermelon Rum, as this new expression demonstrates our dedication to producing high quality and innovative flavored rums,” said Gary Nelthropp, Cruzan Master Distiller. “This new expression truly captures the spirit of summer and the Island of St. Croix for all to enjoy at their next gathering.”

Cruzan Watermelon Rum takes the sweetness of a fresh cut, juicy watermelon, and balances that flavor with a hint of slightly tart watermelon rind for a clean finish. Like all Cruzan Rums, Cruzan Watermelon Rum was crafted by Master Distiller, Gary Nelthropp, whose family has been making rum on the island of St. Croix for generations. It is made from natural ingredients including cane molasses and tropical rainwater, using a unique five-column distillation process to create one of the cleanest-tasting, highest-quality rum on the market.

Not only does Cruzan Watermelon Rum mix perfectly with fruit juices and iced tea, but it also lends itself in your favorite summertime cocktail, including Cruzan’s Tropical Fizz.

Method: Combine all ingredients except soda water and serve over ice. Top with soda water. Garnish with frozen watermelon cubes.

Named for the people of St. Croix (Crucians), Cruzan Rum Distillery is a quality spirit, crafted for consumers to embrace all of life’s flavors surrounded by quality people. Cruzan Rum, distilled by the Nelthropp family, who has called the island home for eight generations, is a better tasting rum due to its ingredients and a unique five-column distillation process. Cruzan touts one of the cleanest-tasting rums in the industry – a characteristic derived from crafting a spirit with low levels of fusel oils, a by-product of the fermentation process which, if not removed, can taint the smell and taste of the rum.

Beam Suntory was created in 2014 by combining the world leader in bourbon and the pioneer in Japanese whisky to form a new company with a deep heritage, passion for quality, innovative spirit and vision of Growing for Good. Headquartered in Chicago, Illinois, Beam Suntory is a subsidiary of Suntory Holdings Limited of Japan. For more information on Beam Suntory, its brands, and its commitment to social responsibility, please visit beamsuntory.com and drinksmart.com.