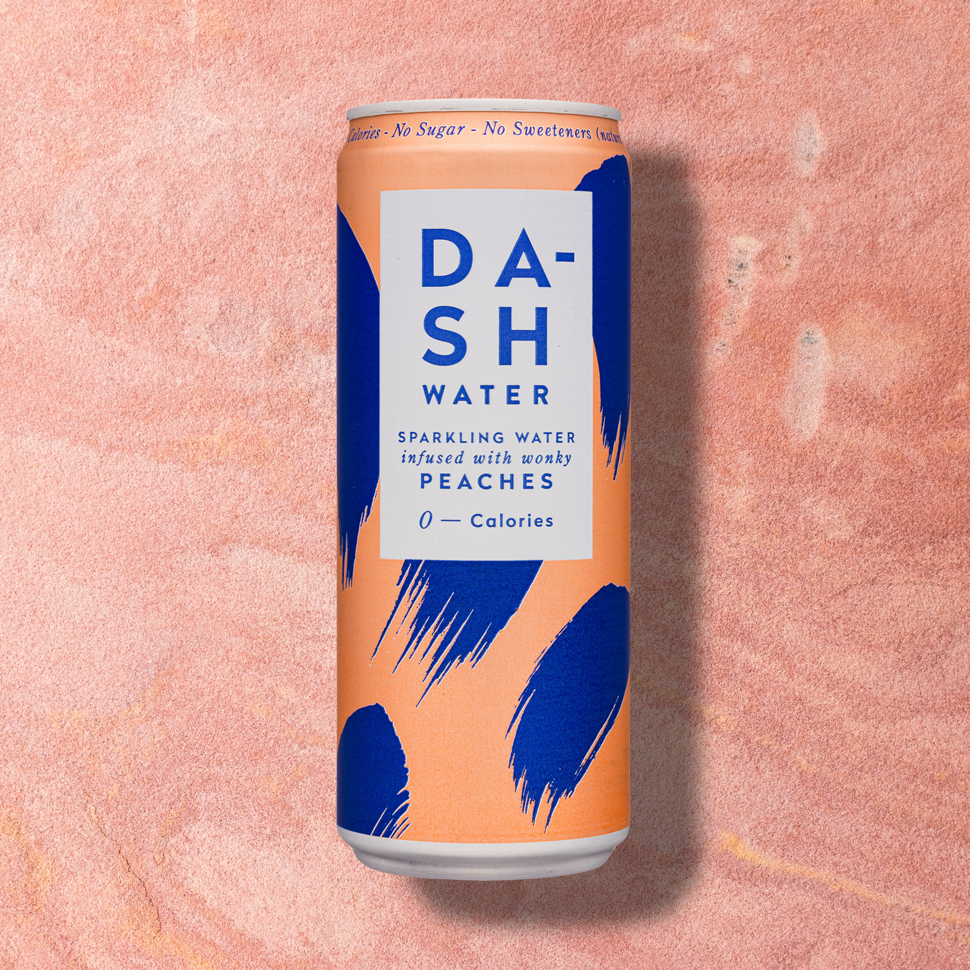 Dash Water is a U.K.-based line of premium sparkling water beverages that recently announced its launch in the U.S. The products are zero-calorie and infused with upcycled fruits and vegetables instead of flavorings.

The brand’s current lineup includes five flavors in slim 12 oz. cans: Blackcurrant, Cucumber, Lemon, Peach and Raspberry, the last of which we did not sample.

When it comes to taste, the four flavors that we did sample are definitely top notch. Lemon has a very sharp and bright citrus flavor and will likely be the most popular flavor in the line. Cucumber has a healthy amount of cucumber flavor, but still retains a light mouthfeel. Plus, we love the freshness that this flavor adds to the drink.

Peach is, of the four flavors that we sampled, the one that tastes the most like flavoring, which largely has to do with the fact that the drink lacks one of the core components of the fruit itself: sweetness. Finally, there’s Blackcurrant, which is a nicely executed flavor, but we think this will be a tougher sell with U.S. consumers as compared to in the U.K.

Beyond that, one of the core differences between this product and a typical U.S.-made sparkling water is the use of spring water rather than purified water. This leaves some level of trace minerals in the liquid, which does have an impact on the flavor. Whether this is a good or bad thing will ultimately be up to the drinker, but we do think it’s a nice point of differentiation.

On the packaging front, Dash Water has, at least for the European market, a printed can that largely retains its shiny metallic finish. Each flavor has its own background pastel accent color, which  gives the product a light and soothing aesthetic. A brush stroke style pattern also sits on the background, while a white rectangle is positioned in the top center portion of the front panel.

This rectangle holds the Dash Water logo (presented as “DA-” stacked on top of “SH” -- a clever way to use the dash literally) and five lines of text to describe the product. We like that they call attention to the product being British as well as the use of “wonky” (aka upcycled) ingredients. Both are useful points of differentiation in the cluttered sparkling water category.

In the end, we think Dash Water is a very well executed product that has a nice upscale edge thanks to its look, flavor, and British roots.