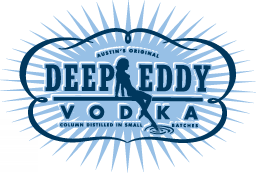 AUSTIN, Texas, June 25, 2015 /PRNewswire/ — Deep Eddy Vodka, the nation’s fastest growing vodka brand, today announced it has reached more than 500,000 nine-liter case depletions over the past 12 months, setting the company on a path to meet its goal of 700,000 cases in 2015 and 1 million cases in 2016. As Deep Eddy experiences its fifth consecutive year of triple-digit growth and a 50-state presence, it’s poised to become a fan favorite among Americans as the perfect drinking companion for the Fourth of July.

“Consumers are learning about Deep Eddy Vodka and they are coming back for more,” said Eric Dopkins, CEO of Deep Eddy Vodka.  “Word of mouth continues to be our driving force as consumers and bartenders tell others about our brand that uses the highest quality ingredients.  Deep Eddy Vodka simplifies cocktails and speaks to today’s consumers who are looking for simpler and more natural products from authentic brands they feel connected to.”

The brand’s strong growth is further driven by Deep Eddy being perfect for summer cocktails while going out or entertaining at home with friends. Each Deep Eddy flavor pairs well with simple mixers to create delicious, refreshing cocktails that elevate any summer occasion, including barbeques, pool parties, brunches and Sunday fun days.

Each flavor in Deep Eddy Vodka’s portfolio is a category growth leader. Deep Eddy Ruby Red Vodka and Deep Eddy Cranberry Vodka are the No. 1 selling grapefruit and cranberry vodkas in the U.S., respectively. Deep Eddy Sweet Tea Vodka is the No. 3 selling sweet tea vodka, and in merely 12 weeks of distribution, Deep Eddy Lemon Vodka is already the No. 3 selling citrus vodka in the nation. Deep Eddy Straight Vodka also leads the way as the fastest-growing straight vodka in the U.S. Unlike other flavored vodkas, Deep Eddy Vodka is crafted in small batches at its Texas distillery with real grapefruits, whole tea leaves, cranberries and lemons.

As a result of its quick growth, Deep Eddy Vodka was most recently named a 2015 breakout brand by Beverage World and it was also honored with a 2014 Hot Brand Award from Impact Magazine earlier this year.

ABOUT DEEP EDDY VODKA
Deep Eddy Vodka, a premium spirits company based in Austin, Texas, was founded in 2010 by two local entrepreneurs with a background in beverage and spirits, Clayton Christopher (creator of Sweet Leaf Tea) and Chad Auler (creator of Savvy Vodka). As a recent recipient of the 2014 Impact Hot Brand Award in the spirits category, Deep Eddy is recognized for its unique production process and incorporation of real, natural ingredients in its flavors. All Deep Eddy products are distilled in small batches at its state-of-the-artTexas distillery.  The company’s line of products include: Deep Eddy Straight Vodka, Deep Eddy Sweet Tea Vodka, Deep Eddy Ruby Red, Deep Eddy Cranberry and Deep Eddy Lemon. Deep Eddy Vodka is available in stores in all 50 states. More information on the company can be found at www.deepeddyvodka.com or www.facebook.com/deepeddyvodka.