“We’ve had a great time re-­introducing the story of Tom Pendergast-­era Kansas City to this town, and the response has been phenomenal. As it turns out, the people ARE thirsty!” said David Epstein, Co-­Founder of Tom’s Town. “These agreements mark the beginning of what we hope will be a very special partnership with our two home states.” 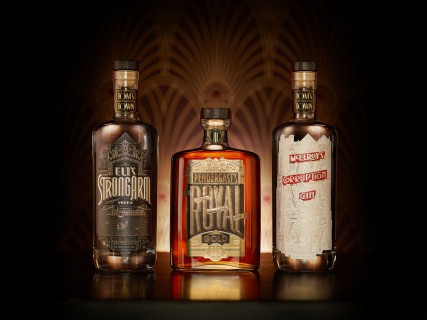 Tom’s Town spirits are already in liquor stores in many parts of Kansas. “Tom’s Town has quickly developed a passionate following of loyal fans,” said Donald Brain, General Manager, Handcrafted Wine and Spirits. “We’re thrilled to be representing this great Kansas City brand across the state of Kansas.”

Missouri distribution will begin later this summer. “We are excited to be welcoming Tom’s Town Distilling Co. to the Major Brandsfamily. With our new partnership, Tom’s Town products will now be available to customers all over the state of Missouri,” said Matt Laumann, Sales Director, Major Brands. “We’re proud to represent a Missouri owned and operated company like Tom’s Town.”