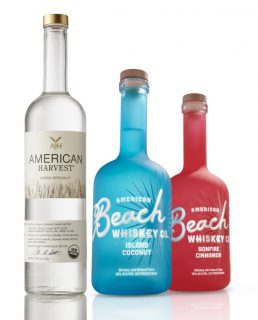 The company’s strategy of focusing on national accounts has resulted in placements in some 1,200 Albertsons, Safeway, Vons, Pavilions, Jewel-Osco, ABC Liquor, Total Wine and BJ’s Wholesale, plus cocktail features on Hooters, Outback, Brickhouse and Miller’s Ale Houses cocktail menus. At the same time, the Beach Whiskey Company is pursuing high-profile sponsorship opportunities such as the AVP Beach Volley Ball Tournament and the recent PGA Championship at Bellerive Country Club.

Joining the Beach Whiskey Company are:

John Hudson, Chief Commerce Officer
John Hudson has been appointed Chief Commercial Officer for Beach Whiskey in charge of Sales and Marketing. Hudson brings nearly 20 years’ experience in Marketing and Finance in the Beverage Alcohol Industry to the Beach Whiskey Team.  Before joining Beach Whiskey, Hudson was at Brown-Forman where he served as Vice President, Innovation as well as led the North American Vodka and Developing Wines and Spirits portfolios. Prior to Brown-Forman, he worked in marketing and led numerous brands for the E&J Gallo Winery. Hudson is a member of the Beach Whiskey Executive Team and will be based in Louisville, Kentucky.

Blair Horler has been named Director of On-Premise National Accounts for the Beach Whiskey Company.  Horler joins Beach Whiskey from the cider industry, having held regional sales positions for brands such as Ace Cider and Austin Eastciders, the latter of which he helped build to become Texas’s largest cider company and 4th largest craft beer brand.   Originally a New Zealander Horler came to the United States as a professional squash player and competed on the ISDA squash tour, where he was ranked second in the world.  He will be based in Dallas, Texas.

Jim Cassin, Director of National Accounts, Off-Premise
Jim Cassin joins Beach Whiskey Company as Director of National Accounts, Off-Premise, bringing more than 30 years of sales experience in the Beverage Alcohol industry.  Prior to joining Beach Whiskey, Cassin was National Account Chain Manager at Sidney Frank Importing Company, now Mast-Jägermeister US, where he built strong relationships with national retailers such as Kroger, Costco, Walgreens and Walmart. In addition to experience working with suppliers, Cassin also spent 20 years in brand management on the distributor side for Wirtz Beverage. He will be based in Geneva, Illinois. JEREMY DEVER, Operations Manager

Jeremy Dever has been named Operations Manager at Beach Whiskey Company. Based in Louisville, Kentucky, Dever brings a wealth of experience in operations, brand marketing and promotions, having previously worked for craft bourbon brands such as Whiskey Row and Iron Quarters, as well as the bourbon portfolio from Kentucky Artisan Distillery.

About The Beach Whiskey Company

American Harvest Organic Vodka® is a vodka like no other. Sustainably handcrafted in America, American Harvest Vodka is produced from Rocky Mountain Wheat, a touch of Certified Organic Agave and water sourced from a protected aquifer under the Snake River Plain – a process that takes six days from wheat to bottle.

Beach Whiskey™ is a reimagined take on traditional whiskey. A line of smooth, clear, naturally flavored American whiskies made for sun worshiping, moon chasing, fun seekers, Beach Whiskey offers day-drinkable flavor profiles presented in sea glass-inspired bottles. No matter where you are, our mission is to bring the beach—“your place in the sun” —to thirsty, fun-loving whiskey drinkers everywhere. Please sip and swim responsibly!