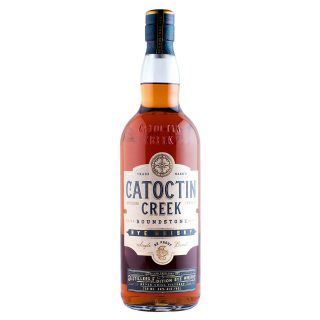 Considered Catoctin Creek’s most popular whisky, the Double Gold awarded Roundstone Rye 80 Proof is the original version of the craft distillery’s flagship product. A pre-Prohibition style rye whisky, it is made from local and organic 100% rye grain and aged in new Minnesota white oak casks.

“I like to call it our front porch sipper,” said Catoctin Creek co-owner and chief distiller, Becky Harris. “It’s a smooth and approachable single-grain rye whisky that features notes of caramel and rich butter toffee, with just a hint of lemon in the nose. Like all our spirits, it’s hand-crafted from scratch, with love, in our distillery.”

“We are truly honored and thrilled to be recognized by the judges at this prestigious competition,” says Catoctin Creek founder and general manager, Scott Harris. “We work hard to produce a variety of small-batch craft spirits and are proud to be Virginia’s most awarded distillery.”

NYWWSC has established itself as one of the most respected judging events in the eastern United States. Beginning this year, NYWWSC became a full-fledged member of The Tasting Alliance, the parent organization of the world-renowned San Francisco World Spirits Competition and San Francisco International Wine Competition, which have earned an exceptional reputation among consumers in the wine and spirits trade. The 2018 NYWWSC received more than 395 entries across 60 categories, and spirits were judged by a panel of nine experts among the industry’s most trusted authorities.

At Catoctin Creek Distilling Company, 120 W. Main St.,True Craft is Inspired by Tradition. Founded by Scott and Becky Harris in 2009,Catoctin Creek made a name for itself as the first legal distillery since Prohibition in Purcellville, Virginia’s Loudoun County. The craft distillery is home to Virginia’s most-awarded whisky, Roundstone Rye, which has been presented gold medals across the globe and stands out through its old-world production methods. Catoctin Creek prides itself on sourcing rye whisky, gin, and seasonal brandy from local and organic grains and fruits, with spirits available in 26 states and 3 continents. The Harris’ intricate attention to detail results in high quality internationally-acclaimed products, including seasonal releases and private cask offerings, that recognize the true craft of Virginia spirits. For more information, call (540) 751-8404 or visit CatoctinCreekDistilling.com. Follow Catoctin Creek on Instagram, Twitter andFacebook.