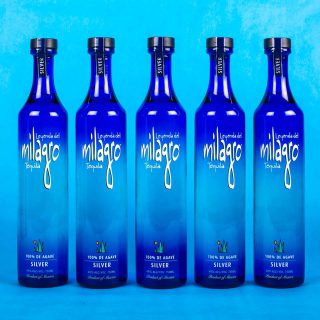 NEW YORK — Today, Milagro Tequila announces a multi-year partnership as the Official Tequila of the Sacramento Kings, bringing its authentic Mexican flavors to the City of Trees and basketball fans alike. For the next two seasons, Milagro Tequila will be available throughout Golden 1 Center, offering guests the opportunity to sip all six Silver, Reposado and Añejo expressions of the brand’s award-winning Core and Select Barrel Reserve range.

A dedicated Milagro Tequila bar, located on the Plaza Level of the arena, will be home to the signature Milagro SacTown Margarita, a refreshingly crisp cocktail that utilizes the brand’s 100% blue agave to upgrade courtside drinking to a new level.

Additionally, the partnership will officially kick-off with a local competition to choose the artwork for the SacTown Margarita Cup. With Milagro Tequila’s focus on local Mexican artists for content and the Kings’ emphasis on using local vendors, the two sought out to use Sacramento-based artists to bring a different element to the new Sactown Margarita. Starting September 17th, the three artists (Ernesto Cardens of SAVDESIGNS, Nick Jacoy aka Pasta Nick and Jason Vu of 13th Vision) will have their designs featured in a campaign where fans will be able to vote on their favorite to be featured on the cup of the Milagro SacTown Margarita.

“The pioneering spirits of both Milagro Tequila and the Sacramento Kings epitomize each brands’ passion and drive,” said Milagro Senior Brand Manager, Jill Palais. “Beginning with Milagro’s Mexican roots and our sense of spirit inspired by Mexico City, we understand the importance of homegrown pride, and no one has more passion than Sacramento Kings fans. Working together under one roof is a natural fit.”

Fans interested in viewing the artwork for the Sactown Margarita Cup can visit http://www.kings.com/sactownmargarita to place their vote.

Founded in 1998 by Mexico City natives Danny Schneeweiss and Moy Guindi, Milagro Tequila and has quickly escalated into one of the world’s leading tequila brands with one foot in tradition and the other in the future, combining the finest old-world techniques and traditions and applying modern technologies and processes to produce a superior product. This award-winning tequila brand from William Grant & Sons captures the spirit of modern day Mexico, from its entrepreneurial founders and artisanal bottles to the ingredients and distillation process. The Milagro Tequila range consists of six expressions, with Silver, Reposado and Añejo expressions of its Core and Select Barrel Reserve ranges respectively. All Milagro expressions are distilled in both pot and column stills for the perfect balance of smoothness and agave flavor from 100% estate-grown blue agave. Milagro Silver is crisp and clear, and is renowned for its smoothness, mixability and agave-forward taste, making it perfect in the signature Freshest Margarita, made with agave nectar and fresh lime juice. All Milagro Tequilas have an ABV of 40% and retail between $24.99 to $43.99 for the core range and between -$49.99 and $98.99 for the Select Barrel Reserve range. For more information, visit www.milagrotequila.com.