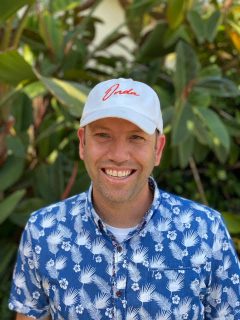 NEW YORK– Onda, a spirits brand for a new generation of drinkers, has announced its hiring of Justin Brown as Vice President of Sales, where he will oversee Onda’s expansion into new markets, starting with New Jersey in September.

Brown brings over a decade of industry experience, beginning his career with Crest Beverage LLC. a Miller/Coors Distributor in San Diego. Justin worked there for 5+ years before taking the role of Director of Sales, Convenience and Military at Ballast Point Brewing & Spirits. After that, Justin served as Vice President of Sales, National Accounts and Military at Cutwater Spirits for two and a half years, until its subsequent acquisition by AB InBev. He later became the Director of Large format of AB InBev’s newly formed Wine and Spirits Team for Beyond Beer, where he continued to oversee Cutwater Spirits and added BABE Canned Wine.

“Justin played an instrumental role in driving the RTD category’s fast-paced national growth,” said Noah Gray, Co-founder and CEO of Onda. “His unique experience and leadership in the industry adds a new competitive advantage to our team.”

“When I first heard about Onda, I was blown away by the product, branding and marketing that has since led to its instant success” added Brown. “Seeing the talented team and growth potential of this company made me jump at the opportunity to join.”

Onda is a spirits brand for a new generation of drinkers. Onda’s first product is a line of canned sparkling tequila beverages, made with blanco tequila and real, legit juice. Onda’s beverages are 5% ABV, 100 calories, zero sugar, zero carbs and naturally gluten free. Onda’s brand is inspired by the surf style of the ‘90s. Learn more at drinkonda.com and @drinkonda.