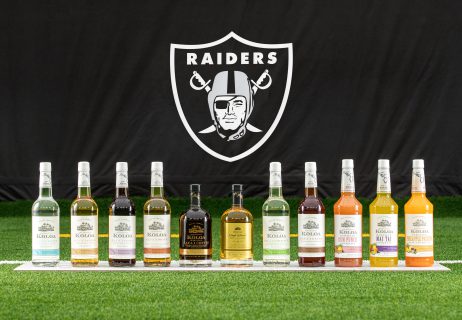 “The Raiders are excited to welcome KoloaRum Company as our newest partner,” said Brandon Doll, Raiders’ SVP of Strategy & Business Development. “Koloa Rum Company is a great match as evidenced by their commitment to producing high-quality, ultra-premium rums that will enhance the beverage experience for Raiders fans and guests of Allegiant Stadium.”

The partnership fortifies Koloa Rum’s brand with a strong foothold in the “Sports and Entertainment Capital of the World” as they continue to expand to new markets, both nationally and abroad. The Kauai-based, single-batch craft rum distillery currently distributes in 30 states and internationally including Australia, Canada and Japan.

“As a proud partner of the Raiders, we’re eager to bring our premium rums to Raiders fans and sports enthusiasts as well as concert-goers from around the globe,” said Bob Gunter, Koloa Rum Company’s President and CEO.

Located adjacent to the world-famous Las Vegas Strip, Allegiant Stadium is a global events destination, highlighted by the arrival of the NFL’s iconic Raiders in 2020. Allegiant Stadium, which won “Best Venue” honors at the 2020 World Football Summit Industry Awards, is ideally located for both visitors and locals, fully enclosed and climate-controlled with a capacity of 65,000. The technologically advanced stadium will host world-class entertainment including concerts and sporting events such as the Pac-12 Championship Game, Las Vegas Bowl, and Concacaf Gold Cup Final, and serves as the home of UNLV Football. The stadium project is expected to generate an economic benefit of $620 million annually while creating 6,000 permanent jobs in Southern Nevada.