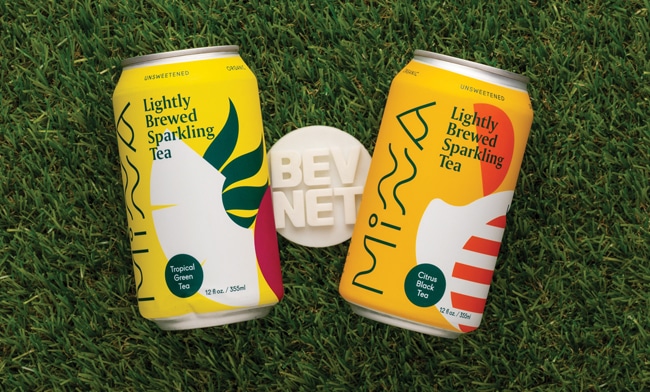 Over the past year, the iced tea category has made modest gains at U.S. retail. According to market research group SPINS, the overall RTD iced tea category grew 2.2% in the 52-week period ending on June 16, 2019. Much of that growth is coming from natural retailers; sales grew 12.4% last year in the channel, representing a year-over-year dollar change of approximately $5.6 million. However, conventional multi-outlet retail still represents the largest dollar share for the category at over $3.1 billion annually. Sales in that channel were up 2.1% over the last year.

This year has already seen the launch of new brands with functional or wellness callouts — including electrolyte teas Gaiam and Vibe — as well as distribution growth for rising category disruptors like Zest Tea and TeaRiot, which closed a $3 million Series A round in March that helped it go national with Whole Foods this summer. And there’s still ample room for established natural players to take a bigger piece of the market, as Guayaki’s consistently strong growth attests. The brand saw sales of its canned and bottled yerba mate teas increase 22.3% last year.

Even for Coca-Cola, PepsiCo, Nestle and other beverage giants, iced tea has brought its share of challenges. According to data from Nielsen, sales for Coke’s RTD tea products have declined 2.4% over a 52-week period ended on June 15, 2019. Individual brand performances across the company’s iced tea portfolio — which includes Gold Peak, Honest Tea, Peace Tea and FUZE Tea — have been mixed, leading Coke CEO James Quincey to say he expects to see “more balanced growth” in the future from Gold Peak and FUZE, which he credited for driving growth in non-CSD categories during a February earnings report call.

Meanwhile, sales of Lipton’s RTD teas, produced in partnership with PepsiCo, also fell 1.2% over the 52-week period. Lipton’s Pure Leaf line of bottled and canned teas led the market with over $723 million in sales over the past year, according to IRI. Keurig Dr Pepper (KDP), home to one of the category mainstays in Snapple, has seen sales plateau (0.1% growth according to Nielsen) in the past year. Both Snapple (4.4%) and Diet Snapple (0.9%) have seen sales drop, as has AriZona.

Could bubbles be the innovation to help both large brands and startups kickstart category growth? Considering the prodigious popularity of sparkling waters, some brands think it might be.

The massive success of carbonated waters, led by brands like LaCroix, Sparkling Ice and PepsiCo’s Bubly, has not gone unnoticed by the broader beverage space. In recent months and years, brands in categories such as coffee, coconut water and fruit juice have all sought to inject innovation into their respective products, and have been met with varying degrees of success. The attraction is obvious: According to IRI data, sales in the sparkling water category rose 14.5% last year to over $3 billion.

As its name suggests, New York-based Sound Sparkling Tea has embraced carbonation since its foundation in 2015. The brand markets a line of sparkling organic iced teas in TK oz. glass bottles, available in four unsweetened and caffeine free varieties. Yet speaking with BevNET, co-founder Salim Najjar explained that the company’s new line of tea-infused sparkling waters was inspired in part by a desire to give consumers a more approachable product.

“If a sparkling water drinker saw our sparkling Yerba mate or chamomile tea, they might be a little intimidated to approach it because they don’t necessarily know what it is,” he said, noting that the brand intentionally chose flavors popular in the sparkling water category. “With the launch of our infused sparkling water line, we are taking a step back. We don’t want to be boxed in specifically as a sparkling tea.”

Though Najjar noted that Sound’s bottled tea line still has significant room for growth in select channels such as on-premise and corporate food service, the brand’s move towards a more intuitive mainstream offering indicates the sparkling category’s mixed performance thus far. The larger strategics have dabbled cautiously in the market: Lipton’s entry into the space, sold in 12 oz. cans, is no longer available, while Teavana, a division of Anheuser-Busch’s non-alcoholic portfolio, last year launched two sparkling iced tea SKUs in 14.5 oz. glass bottles at select retailers in the Northeast and Midwest.

Instead, innovation and enthusiasm has primarily come from smaller players like Sound, as well as Minna, Cham Cold Brew, Seasons Sparkling and South African import BOS. Both Cham and Seasons showcase sparkling products — the former based around functional ingredients, and the latter a lightly sweetened carbonated tonic with tea extracts — while BOS launched a line of sparkling rooibos teas in three flavors in April.

Whether such an explicit pivot towards sparkling water will work is yet to be seen; Najjar said the bottled teas would be positioned as a more premium, tea-forward item for specific channels, but that the cans could cannibalize the core line in some places. “For us, our philosophy is that the consumer is going to dictate what’s going to grow,” he said. “Based on feedback, we’ll know what areas where the bottles will continue to grow.”

As much as adding carbonation provides innovation from a taste perspective, the importance of shifting formats — and merchandising — shouldn’t be underestimated. Cham, BOS, Seasons, Minna and Sound are all sold in cans, unlocking the potential for easier direct-to-consumer sales and subscription-based business models. For Sound specifically, the shift to cans has helped it land Dora’s Naturals as a distributor in the Tri-State area and launch at OTG stores in the region’s three major airports. The company also recently brought in Rachel Drury, founder of subscription nutrition shake brand Daily Harvest, as an advisor to help expand its direct-to-consumer business.

“There’s definitely still room to grow in sparkling tea,” he said. “But the bigger mainstream category for us to really grow our brand and get (strong) volume, we need to play into that general sparkling category.” 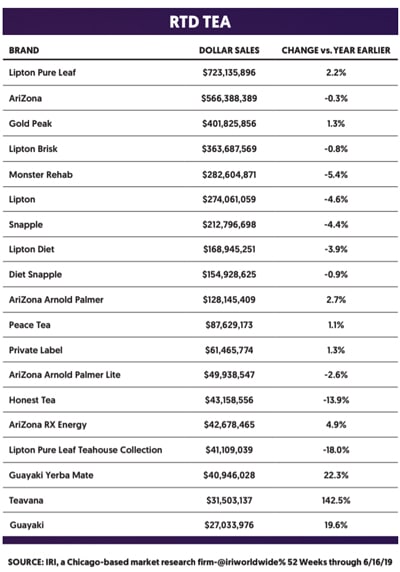