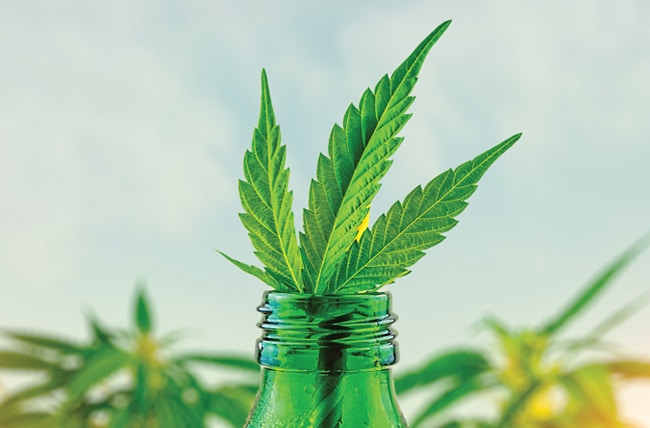 In all honesty, who couldn’t use a little CBD right now?

Given its sworn-by — if not fully scientifically documented — calming effects, the non-intoxicating cannabinoid has been looked to by entrepreneurs, retailers, distributors, investors, consumers and even their pets as just the kind of tonic for a world that is getting tenser by the second.

And that was before most of the country was — as of this writing — grounded until further notice.

That’s the potential — $1.4 billion worth of it by 2023, as estimated by Zenith International — that drove both veteran beverage entrepreneurs and new CBD converts to start formulating a conga line worth of hemp-infused beverages soon after the passage of the 2018 Farm Bill, which opened the floodgates to the use of industrial hemp.

But there remains a core frustration, which is that while the Farm Bill hit the ignition for legally growing and using hemp — and potentially CBD — in consumer products, the FDA still hasn’t provided that top-down regulator clarity on safe daily usage, and has left product labeling rules to be interpreted and enacted by individual states. That’s left brands in oversight limbo, even as they’ve come up with novel approaches to using hemp extracts and the CBD they carry as a temporary workaround for the situation.

But even more than the brands, it’s left many of the retailers who have been eager to carry these products playing a game of “mother may I” with regard to CBD food and beverage. National chains have a lot at stake and are still taking a strict interpretation of the rules, distributors say, while looking longingly at the few natural food and convenience stores who are cool with playing fast and loose and willing to start stocking the stuff.

The view from distributors is that until the FDA provides top-down regulatory clarity on safe daily usage and product labeling rules, things are going to stay spotty. And while CBD might very well be one of the things that helps us all get through this coronavirus-induced stress, it’s probably one of the things that’s taking a backseat to every other fire the FDA has to put out with regard to drug development to fight the virus.

Jerry Reda, the COO of renowned New York-based beverage distributor Big Geyser, says the demand for CBD products has been percolating among the broad variety of cusomers he and his team services since 2018, but it’s still too risky.

The grocery, mass, online and drug chains that Big Geyser services, “are all asking ‘how quick can you react?’” to the moment when regulatory clarity finally is achieved, he said. But they probably won’t be buying for a while.

“I think the FDA has other priorities right now,” Reda said, referring to COVID-19. “Things may be sidelined for another six to 12 months.”

So what is the state of the CBD beverage market, knowing that many states treat these beverages with different levels of welcome? According to distributors, it has resulted in some fairly ironic situations.

Take Texas, often called the “Black Hole” of national distribution arrangements. The headquarters of the nation’s largest convenience store chain, 7-Eleven, resides in Dallas. The chain’s buyers have looked hard at CBD, but remain among those who are on the sideline.

It’s a different story for many of the chain’s independently-owned franchisees, however: “They’re taking it, and having a lot of success,” notes Bryan Bulte, managing partner of Dynamo Specialty Distributing, which supplies beverages including a number of CBD drinks to retailers in Austin, San Antonio, and the fast-growing counties around those cities. “The pull-through has been noticeable.”

Bulte is an investor in CBD sparkling water brand Weller and Dynamo carries a number of others — among them high-end tea brand Vybes, lifestyle sparkler Recess, and celebrity backed Mad Tasty, to name a few. The absence of chains has kept sales uneven except for up-and-down-the-street independent accounts and, he notes, the coffee shop culture that Austin prizes.

“The one point that is really working well are the coffee shops,” Bulte said. “There’s high repeat purchase, and pretty much all the beverages are performing well.”

“Independent owners are willing to take it,” he added. “The only thing holding it back is that the big chains are afraid to take it.”

But the chains are where the money is, as any beverage entrepreneur knows, and even Whole Foods, based in Austin, hasn’t yet given itself permission to try out CBD beverages.

Despite being an early wholesale adopter of CBD, Bulte said, he didn’t think it was going to develop as quickly — not because of the retailers, but because of consumer sophistication. But Austin has once again proven its cultural currency, he said, even with a cannabinoid that was largely illegal until recently.

“I kind of had to put my foot in my mouth,” he said. “We were pleasantly surprised at the level of consumer knowledge.”

That’s true in Florida as well, notes Andy Stallone, the owner of SAS Sales and Marketing, which distributes and merchandises small brands across the southern part of the state. Stallone, a longtime beverage salesman, has grown his business around giving brands the early support and visibility they need to gain traction with key retailers.

CBD drinks — he carries Mood33, Real CBD and was an early distributor for Sprig — are finding traction among consumers in the state, he said. As with Texas, the level of sophistication is there, but the chains aren’t.

“You wouldn’t necessarily think it, but the older people in Florida, they’re well versed in CBD,” Stallone said. Reflecting on a population of aging Baby Boomers and retirees, as well as a diverse population throughout the state, he adds, “There are plenty of people versed in medical marijuana, as well.”

In Florida, there’s some stability, he said, due to a new in-state regulatory system that licenses brands and calls for QR codes that identify batch sizes, origin, and other traceable elements. It’s provided an extra hurdle for brands since January, but it’s one that codifies the industry to some extent. But Stallone acknowledges that until the risk of disrupted business is lower, his portfolio will continue to play on the local market only.

“The chains are staying on the sidelines,” he said.

So what is keeping them there? According to Reda, the idea of getting in trouble with a local or federal authority over a still-developing cannabinoid isn’t worth the gamble for, say, a drug store chain that is much more dependent on its license to sell pharmaceuticals. Similarly, bars and restaurants aren’t willing to risk liquor licenses, he said. And Big Geyser isn’t going to push anyone on the product, even though they carry a lot of the leading brands.

“We’ve been extremely conservative,” notes Reda. “It’s almost like we are at the starting line waiting for the gun and the ‘ready-set-go.’”

Like many of the distributors contacted for this story, Big Geyser has more than one horse in the race, with brands like Recess, Cloudwater, Sweet Reason, a CBD tea line from Harney & Sons and many others in its portfolio.

But despite the list of products, the brands aren’t yet being pushed hard by Big Geyser’s drivers. Reda said the category is being largely sold on demand to the accounts that inquire about it.

“We have a website and a brochure,” he said. “If a customer wants it, we try to fulfill it.” 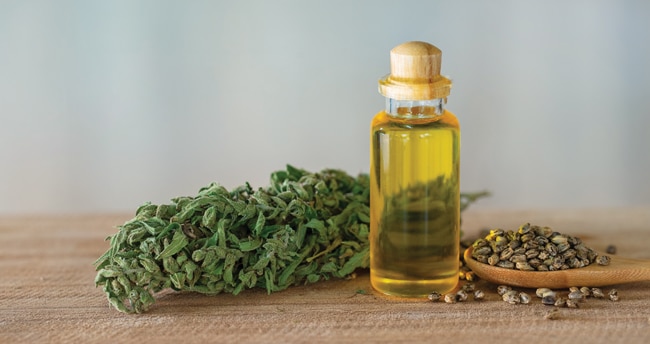 While hemp and CBD exist in one kind of limbo in New York, which has yet to legalize recreational marijuana yet, you’d think there might be a little more clarity in California, where recreational sales of cannabis have been in place since 2018 and medical weed has been around for more than 20 years.

But when it comes to CBD drinks, that same lack of federal clarity on hemp as a food additive is keeping the market from developing cohesively. Even recreational dispensaries don’t carry mainstream CBD beverages, notes Daytrip CEO Joey Cannata, because of a different set of in-state regulations.

Richard Medina, a co-founder of food and beverage distributor L.A. Distributing, has been playing the whack-a-mole approach to setting up CBD accounts in Southern California for about a year.

“We are approached by a CBD vendor every single day,” he said, “but there’s a lot that’s still in the hand of health inspectors.”

At times, those inspectors have taken a loose view of the market, and at other times they’ve pressured retailers. “There are moments when the health department will do a big push and scare the customers,” he said. “Fear has an effect on some clients.”

In his territory, he said, “20 percent of our accounts are starting to carry it, but interest is above 75 percent.” With the variability in enforcement, he added, “some accounts fall off — but others will come back on. We’ve had them sell through product and say, even, ‘I still want to wait.’”

Medina carries between eight and 10 brands, including Vybes; Daytrip, a sparkling water and energy line; Sweet Reason, a high-end CBD seltzer in a glass bottle; Weller; Mad Tasty; and others. He said he likes the brands that are “doing things right” in terms of sourcing and branding, using reliable, traceable hemp extractions and also spreading the bets out among different types of beverages.

“We want to see what kind of format survives,” he said. “We do see that CBD is being added to every popular category, but what I am looking forward to is finding out what category is going to thrive.”

Despite the category variety, Medina’s approach has been to try to merchandise the products all together. With pricing that rolls north of $8 for a Vybes down to a $3.99 sparkling water, it all sells, he said, making distinctions hard to find.

“It’s still hard to get a signal,” he said, because “What you see on the shelf, it all sells.”

Which brings back one more problem, Reda notes ruefully. While CBD might be a solution to ordinary angst, there are some bigger sources of stress out there, at present.