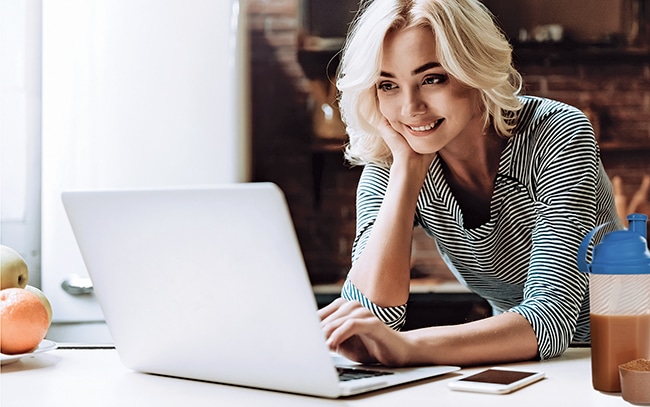 At a time of supply chain disruptions, distribution bottlenecks and deep uncertainty about the economy, it’s comforting to know that, these days, you can still get a meal in a bottle.

There hasn’t been a single industry or area of the economy that’s been unaffected by the coronavirus crisis, but not all have been impacted in the same way. Though already a long-standing part of the packaged beverage landscape, the general category of “meal replacement” drinks, which includes many protein-centric products, is uniquely positioned to adapt to the current conditions, in which thousands of Americans are sheltering at home and coping with the ensuing nutrition challenges that come with limited movement and access to grocery. Whether serving as a bridge between meals or as an outright alternative to eating, either in ready-to-drink or powdered format, many products in the general meal replacement category deliver nutritionally complex sustenance that can be easily transported and distributed; within the context of a global pandemic, those attributes are taking on greater dimension.

While the market conditions may have changed drastically in just a matter of weeks, the onset of COVID-19 has also accelerated certain existing trends within meal replacement — such as the rise of e-commerce and lifestyle-driven marketing — while suddenly making other attributes, like convenience and shelf-stability, more prominent. According to market research group IRI, shelf-stable “weight control” beverages, including liquid and powdered products, grew 4.8% last year to over $4 billion. Meanwhile, sales for refrigerated products in the category fell 8.9% to $110.3 million.

As brands in the space mobilize to respond to the humanitarian crisis, shifting consumer behaviors, changing retail sets and new health concerns have the potential to reshape the category for years to come. Meal replacement and protein drinks haven’t undergone a wave of disruptive innovation in recent months, even stretching back into last year. Yet in the midst of a global pandemic, products in the category have taken on a new role within people’s consumption and shopping routines.

For single-serving protein and meal replacement drinks merchandised in coolers, the challenge is clear: without foot traffic and frequent shopping trips, velocities in those areas of the store will suffer. In the convenience channel alone, trips are down -21.3% for the year as of the week ended April 26. According to IRI and the Boston Consulting Group’s (BCG) Product Trip Index, which tracks trip frequency rates based on certain categories, beverages are the lowest ranking segment for which data is available.

Even as the overall dollar value of consumer baskets continues to climb, the buying habits and use occasions that typically made those products attractive — such as grabbing a protein smoothie for breakfast on the way to work or as an accompaniment to prepared grab-and-go food at grocery — have been upended, at least temporarily, as retailers prioritize shelf space for staples like milk and eggs. The impact on a brand like refrigerated plant-based protein drink maker Koia, which is merchandised near dairy and produce, is real.

“If somebody spends $500 a week at Whole Foods, if they go there once a week or they go there five times a week, it doesn’t matter to Whole Foods numbers, but it matters to the single-serve beverage section,” said company CEO Chris Hunter.

Though brands are marketing a wide variety of ingredients and applications under the umbrella of protein/meal replacement, the category overall is generally associated with nutrition, exercise and a healthy lifestyle. But the unpredictable, widespread infection rate for COVID-19 has added an extra wrinkle to the narrative, possibly signaling greater recognition for the importance of holistic, preventive medical treatments. Considering the specific, single-use driven ways in which most consumers use these products, a change in how they perceive these products could help push them into new demographics and use occasions.

“This idea that you could drink soda and eat unhealthy food all year and then take some vitamin C during the cold season and be OK has kind of gone out the window,” Hunter said. “People are accelerating this understanding that a healthier lifestyle and diet is more important not only to address something that happens to you but to boost your immunity.”

With trips to the grocery store falling, consumers are increasingly going online to get their favorite food and beverage products. According to a survey by market research group Blue Chip, safety, convenience and reduced stress are each key factors spurring the move to e-commerce.

Though brands are marketing a wide variety of ingredients and applications under the umbrella of protein/meal replacement, the overall category is associated with nutrition, exercise and a healthy lifestyle. However, how closely those companies should craft their messaging around potential health claims or callouts is up for debate, with the risk of coming off insensitive to a public health crisis that has claimed tens of thousands of American lives.

Though nearly 32% of Americans may be working or attending school remotely for the moment, that doesn’t negate the benefits of an on-the-go drink. According to statistics from Datassential, 22% of Americans surveyed listed lack of variety as the most annoying aspect of eating and getting food while under social distancing rules, while 19% said cooking at home. The shift to remote work has forced businesses and employees to quickly adapt to new routines and workflows, a process that can be both time consuming and disorienting. Against that background, the value of giving users one less thing to worry about is considerable.

“We’ve gotten messages from our customers saying, ‘Thank you, I’m sick of cooking another meal,’” said Lauren Benbassat, co-founder and CMO of plant-based meal replacement shake Mele (pronounced “meal”). “Everybody is stuck on back-to-back Zoom calls these days, so it’s not like you can be sitting and eating while you are on camera. So having something quick and nutritious that is going to keep you fueled is important.”

Mele, launched roughly a year ago, exemplifies both the advantages and obstacles of working in the category in the age of COVID-19. Like Huel, Soylent and other players in the space, it has been built primarily as a direct-to-consumer brand, developing a limited but dedicated audience of loyal customers. Online, the company is growing 20% each month, according to co-founder and CEO Elise Tresley, and it also closed part of an investment round shortly before the pandemic hit.

At the same time, Mele has been forced to rethink its approach to consumer messaging. The brand paused its digital marketing until it “really had a well-thought out process of how to transition into the environment,” Tresley said. While being careful not to stray from its sense of authenticity, key points for consumers — including product safety and supply chain integrity — were emphasized, even as other potentially valuable callouts, like immunity benefits, were handled carefully.

“Now you see certain things in wellness that become buzzwords, and now I think immunity is. I’m getting bombarded with emails from products pushing that,” Tresley said. “We are very careful of that, but we communicate things like we don’t have added sugar, which can curb your immune system. We like to be subtle about it because we don’t want to get away from how we normally market our products.”

Against the backdrop of all this turmoil, more economic woe seems likely in the months ahead. What remains to be seen is if financial pressures felt by consumers will translate into a contraction in sales, particularly for brands on the premium end of the spectrum.

With the coronavirus providing a fresh perspective on how protein and meal replacement drinks can fit in a modern CPG landscape, it has also provided brands with an opportunity to show how their products can make a direct and positive impact on public health and safety. Rapper Cardi B generated millions of social media impressions for OWYN in April when she donated 20,000 bottles of its plant-based protein drinks to New York City health care workers.

After enjoying its biggest ever month in terms of bottles sampled in March, by April Koia had pivoted to giving out donations to essential workers and health care professionals, giving out nearly 25,000 bottles to 62 hospitals, fire stations, and relief centers in New York City and Southern California. Though the motivation is altruistic, the product proposition has some inherent appeal for people employed in high-pressure, time-sensitive fields like emergency medicine.

“If you look at what’s going on, some of these people are working 12 to 18-hour shifts and they need some sustained energy,” said Hunter, noting that Koia’s coffee line made up a large portion of its donations. “It really made sense for us to do it all the way around, from the perspective of supporting the people who are supporting us, from the perspective of getting product into people’s hands, and just doing the right thing.”

Along with working with the #Founders Give initiative in New York, Mele is also running its own support program for health care workers that encourages customers to sponsor a doctor, nurse or first responder by covering the cost of a $5 shake, with the brand offering to match the first 100 meals donated. Though Tresley said the brand had been in exploratory conversations with hospitals previously, the conditions on the ground highlighted the unique value of a product like mele. At medical facilities that are running near capacity, where staff cafeterias are shut down and vending machines are often the only food option for hungry, stressed workers on late shifts, the value of a shelf-stable, nutritionally potent shake is particularly felt.

“One thing that I don’t think a lot of people realize is that when these hospitals are getting donations, sometimes it is fresh food, so a lot of the late night or overnight shift is getting almost nothing,” said Benbassat. “Not to mention when you are covered head to toe in PPE, it’s not necessarily easy to disrobe to take a break to eat. So having something that is nutritionally dense, that can be made at any point in the day and doesn’t need to be refrigerated and reheated is critical.”