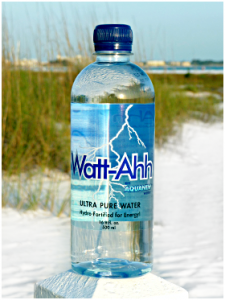 Sarasota, FL – Five years ago on Saturday, Nov. 17, more than 17,000 people gathered to celebrate Efest Florida, held on the polo grounds of Lakewood Ranch. It became one of the largest green festivals

this region had seen. The purpose behind it and the festivals that would follow is to support good stewardship toward ourselves, our environment and our planet. Doing so affects the quality of water we drink, the air we breathe, the health of the food we grow, the quality of life for every living being and – ultimately – our survival. These festivals and expos also showcase new innovations for greener, cleaner and safer lifestyles. It begs the question whether we are better off today from a “green” standpoint when compared that of five years ago.

How successful have we been over the past five years?

“Over the last several years it has been exciting to see so many entrepreneurs in our area developing an array of new green energy technologies, water conservation and purification solutions and a myriad sustainable products and services.” Jeff Kratsch, Executive Director of the Suncoast Technology Forum and sustainability advocate, told us. “Green businesses are innovating, and these innovators are also creating jobs and contributing to the growth of our local economy.”
Innovation in Sarasota’s Green Movement …

While there are many local innovative companies, AquaNew, which produces the special bottled water, Watt-Ahh® has recently made a great deal of progress. “Efest was the perfect venue to launch our wellness water five years ago.” Rob Gourley, CEO of AquaNew said. “We recently had a breakthrough by medical doctors who have provided us with physical evidence on our restructured water. It is a new testing technology from Russia that did not come to the U.S. until 2007. Watt-Ahh® is distinctly different from all other restructured waters tested by these doctors and will likely have a key role in healing.” Gourley told us.

Another great innovator is Rob Campbell of PowerPoint fame. Campbell currently serves as the CEO of Voalte’, a Sarasota-based company, that was launched in 2009. Voalte’ has developed the smartphone system used at Sarasota Memorial Hospital and many other health care institutions nationwide. The new system enables nurses and clinicians to communicate directly through voice, alarms and text, improving efficiency and patient safety. And, thanks to recent funding from Voalte’s strategic partners, the company plans on expanding by creating an additional 100 jobs within the next year and a half.

Kyle Stevens and Joan McGill of the Sarasota County Economic Development Corporation enthusiastically reported on a number of corporate innovations including: a fungal-resistant paint film for clinical interior coatings used in hospitals, food manufacturers and hotels (Bioni Hygienic); a paperless system for restaurants and other businesses (Datum Corporation); and a nano-prill, time-release fertilizer (Florikan®) being produced by area companies.

According to Jeff Kratsch, “The best place to learn about all of these new offerings is to visit the area’s many local sustainability expos.”

Yes, Efest – and those that followed over the last five years – planted the seeds of innovation and showcased initiatives for healthier lifestyles which are alive and growing better each day.

This Thanksgiving, during our five-year anniversary, we are grateful for our loyal customers and partners who have made our contribution toward a healthier planet possible.
Learn more about Watt-Ahh® at www.AquaNew.com and to access our Media Kit. Visit our blog to read more about upcoming Sarasota Green Festivals.