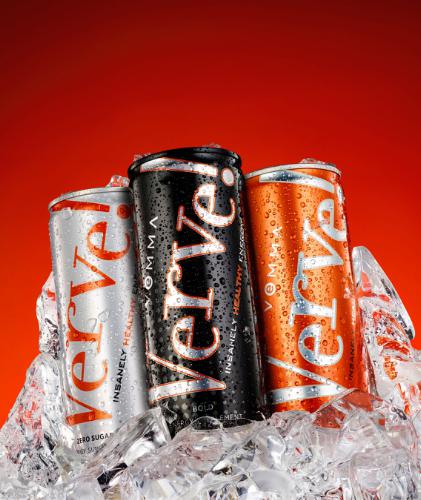 SCOTTSDALE, Ariz. — Vemma Nutrition Company announced that sales reached $20 million per month in July, a first-ever record for the company. After taking 7 years to reach the $10 million monthly sales mark in July 2012, Vemma has now doubled that to $20 million a month just 12 months later. In addition, Vemma monthly customer and Brand Partner enrollments reached the 30,000 mark for the first time in July. This growth continues to be driven by the $100 million Verve healthy energy drink brand, including the release of Verve Bold this past January, which sparked record-breaking sales and became the most successful product launch in the company’s history, selling over 4 million cans in the first 5 months.

“With this announcement, excitement is high and our team is setting goals that would have seemed impossible just 12 months ago,” commented Vemma Founder and CEO, BK Boreyko. “We expect sales will continue to increase as school gets back into session, and with the new Verve ParTea™, a flavored iced tea energy drink which will be released this fall, followed by Verve MoJoe™, a vanilla latte flavored iced coffee, in January 2014.”

Although initially picked up by baby boomers, Verve was fully embraced by millennials two years ago when new product branding, packaging, apps and marketing strategies were created to appeal to a younger demographic. College-age young adults started building businesses with Verve at an unprecedented pace. Vemma responded by creating an award-winning business app that enables distributors to run a business entirely via smartphone. Within a year, Verve became the company’s top-selling product and rising sales ignited the biggest growth in Vemma’s history.

“Hitting $20 million per month in sales is a milestone, but it’s just the beginning,” commented Vemma Executive Vice President of Marketing and Brand Development, Mark Patterson, who was responsible for the successful Verve rebranding campaign. “As we enter two of the largest beverage categories, the coffee and tea markets, we’re really setting the stage for an awesome 2014. And there’s the upcoming launch in January of Vemma’s new Chris Powell Bod-e™ Shake in a ready-to-drink (RTD) can. Verve has taught Vemma an important lesson — RTD is critical for massive acceptance and consumption.”

Founded in 2004 by BK Boreyko, Vemma Nutrition Company is rapidly growing as one of the premier industry leaders specializing in premium liquid nutrition. Every week, thousands of people join the company’s mission to make a positive difference in the lives of others through the sharing of the clinically studied Vemma formula. The Vemma brands, including Verve — a healthy energy drink — coupled with the company’s rewarding business opportunity, help people to live a better quality of life, both physically and financially. Vemma is headquartered in Scottsdale, Arizona, and distributes its products through a global network of independent Brand Partners.