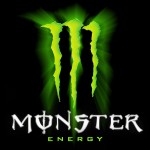 AUSTIN, Texas — Monster Energy congratulates its athletes on an amazing weekend at X Games Austin 2014. The world-class team took a total of nine medals across skateboarding, BMX, and moto disciplines, and a medal in gaming, a first for X Games. Visit monsterenergy.com for exclusive content on all the team’s successes.

The four-day event at X Games Austin 2014, the first-ever X Games in the Texan state capitol after being in LA since 2003, drew massive crowds at 160,000 spectators. For the opening night on Thursday, June 5, a crowd of 12,000 fans watched the BMX Vert and Skateboard Vert events at the outdoor venue in downtown Austin. Overall, the weekend in Austin sets an important X Games milestone: all-time X Games attendance has now surpassed five million, with the grand total for the 41st X Games at 5,069,115 spectators.

For full recaps, check out the Monster Energy web site. Highlights include:

In the Monster Energy Street Skateboarding event, Nyjah Huston reclaimed the throne where he dominated the Texas-themed concrete course with a barrage of technical tricks delivered with incredible consistency. In front of a roaring crowd at Circuit of The Americas (COTA), the 19-year old was on a roll and easily took the win—it’s his ninth X Games medal and fifth gold.

In BMX Vert Monster Energy congratulates team rider Jamie Bestwick for doing the unthinkable: winning his ninth gold medal in a row. Since 2007, no other rider has stood atop the vert podium and really, no one has even come close. Bestwick continues to solidify that he’s the most dominate vert rider in history, and at the same time, he extends his X Games record for the most consecutive gold medals.

Dakota Roche took silver in BMX Street. Roche’s very first run was amazing, as he powered through every portion of the course as only one of BMX’s best can with his strong, fast and smooth style.

In BMX Dirt Monster Energy congratulates not one, but two of their international riders, Kyle Baldock and Ben Wallace, for dominating the BMX Dirt event at X Games Austin 2014. Both Baldock and Wallace were absolute standouts, but it was Baldock’s last run that would be untouchable and seal the deal for gold: an insane flip tailwhip-to-barspin over the first set, an opposite whip in the center, followed by a triple whip, and ending with his signature boned-out front flip.

In a first for X Games, Major League Gaming held an invitational tournament for Call of Duty: Ghosts where gamers played for the prize of a real-life X Games medal. Monster Energy’s Evil Geniuses won bronze winning 3-2 against EnVyUs.

Monsterenergy.com is the hub for all the highlights from Austin, including full results, recaps, and exclusive photos and videos produced by Monster Energy.