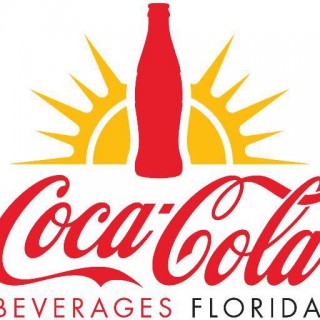 TAMPA, FL– Coca-Cola Beverages Florida (“CCBF”), one of the largest independent Coca-Cola bottlers in the United States, today announced that it has signed a letter of intent with The Coca-Cola Company to further expand its distribution territory in Florida.  The proposed expansion will give CCBF exclusive distribution rights in South Florida, and will include the acquisition of sales and distribution centers in Hollywood, South Dade, West Palm Beach, and Big Pine Key.

“We are very excited about the opportunity to expand our distribution territory into South Florida,” said Troy Taylor, CCBF’s Chairman and CEO.  “This expansion, together with our previously announced North Florida expansion, will position us to bring refreshing experiences to many more consumers in Florida, as well as deliver better customer service and build stronger community partnerships throughout the Sunshine State.”

“Together with our bottling partners, we are changing the landscape of our U.S. system,” said Sandy Douglas, President, Coca-Cola North America.  “The progress announced today further advances our efforts to balance national scale and local capability, which will help us increase our leadership and competitive advantage in the U.S. business.”

“It is an honor for us to have the opportunity to expand so quickly and become the leading Coca-Cola bottler in Florida,” Taylor continued. “These expansion opportunities reflect our continued commitment to excellence in consumer engagement, customer service, community partnerships, and operational performance”.

Following the completion of the aforementioned distribution territory expansions, CCBF’s operations will encompass the majority of the state of Florida.  CCBF will then serve over 18 million consumers daily and more than 60,000 customers in the sunshine state through sixteen (16) sales and distribution centers, solidifying CCBF as the leading Coca-Cola bottler in Florida.  For more information, please visit www.cocacolaflorida.com.